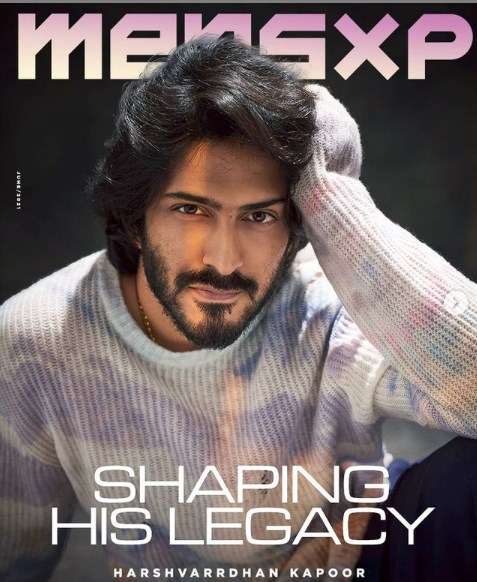 Harshvardhan Kapoor is born into the family of Fashionistas. With his dad’s jhakaas persona, one sister (Rhea Kapoor) a fabulous stylist, and another (Sonam Kapoor) whose fashion sense is par excellence, he has in him: The Fashion Genes. The actor who is getting a lot of appreciation for his latest release ‘Ray’ has become the Digital Cover Star for Mens XP magazine June issue.

Sharing the cover on his instagram, he wrote,”Styled myself with the help of vinit makhija for the @mensxpofficial’s cover! Had a lot of fun shooting with @rohanshrestha…will be rolling out images soon from the shoot.”

Harshvardhan is looking uber cool on the cover and it definitely seems that being stylish is in his blood. This has been the first time ever for the Magazine where the talent has styled himself with some of his favourite pieces from his wardrobe.

The actor who made his debut with the film ‘Mirzya’ is known amongst one of  the biggest sneakerheads in the country. His sneaker closet is to die for!!

On the workfront, the actor was recently seen in Netflix anthology web series ‘Ray’ which has been created by Sayantan Mukherjee.  He is the lead of one of the stories titled ‘Spotlight’ which has been directed by Vasan Bala. Harshvardhan has impressed everyone  with his acting in it.

He will be next seen in Abhinav Bindra’s biopic where he will be seen in the titular role. The film is being adapted from air rifle shooter ‘s autobiography, A shot at History : My Obsessive Journey to Olympic Gold and Beyond.