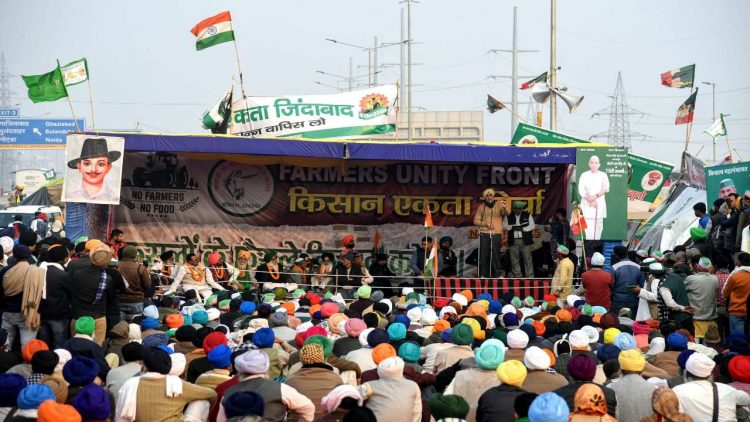 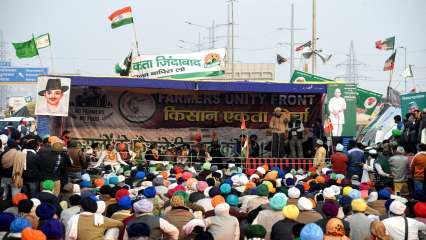 Intensifying the agitation against the Central government over the new farm laws, the farmer Unions in Haryana on Sunday announced that they will continue to let vehicles pass on highways toll free. The farmers said that the movement of vehicles without paying toll taxes will continue until the Centre agrees to their demands.

As a mark of protest, the farmers had initially said that the toll-free movement will continue for three days from December 25 to December 27. However, as a large number of people taking to the highways daily to stage protests at toll plazas, the farmers decided to let commuters have a toll-free commute until their demands are accepted.

Haryana Bhartiya Kisan Union (BKU) president Gurnam Singh Chaduni said it was an opinion of the common man that these toll plazas be made free. He also assured that to smooth functioning of agitation at toll plazas will be guaranteed and committees will be formed at every toll plaza.

“Today, we went to many toll plazas. There was an opinion of the common man that these toll plazas be made free permanently. In our national executive too, we have decided to make the toll plaza free for the movement of vehicles till the government doesn’t accept our demands. To ensure smooth functioning of agitation at toll plazas, the committees should be formed. The committees consisting of five to 15 members at every toll plaza will talk to the officers, if needed,” The Indian Express quoted him as saying.

On Saturday, the protesting farmers announced their decision to resume dialogue with the Centre, and proposed December 29 (Tuesday) for the next round of talks to end the impasse. However, the farmer union leaders made it amply clear that the modalities for the repeal and guarantee for MSP will be a part of the agenda.

Meanwhile, two Independent MLAs of the Haryana Assembly — Sombir Sangwan and Balraj Kundu — withdrew their support from the ruling state government led by the BJP.

The farmers have been protesting against the three agricultural laws that were enacted in September.

Several farmers’ unions, as well as organizations, have been camping on the outskirts of national capital Delhi since November 26 demanding a complete rollback of the three farm laws passed in Parliament.