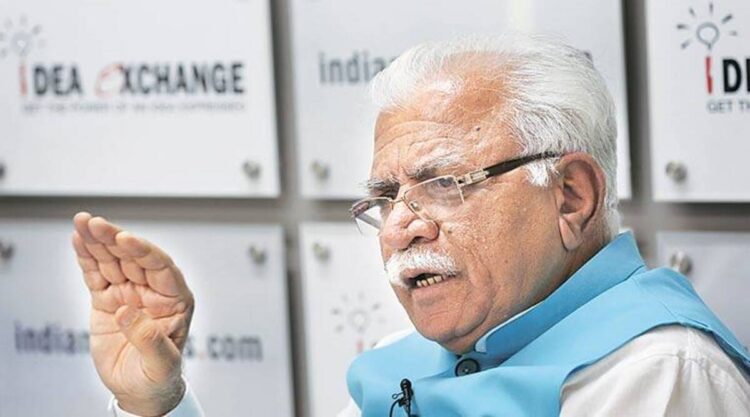 Haryana government shall be creating identification cards for each and every revenue estate across the state, Chief Minister Manohar Lal Khattar Thursday said.

Presiding over the second meeting of Haryana Large Scale Mapping Project and SWAMITVA scheme with all the Deputy Commissioners, Khattar added that similar identification cards for each government property should also be made. “Besides this, the ownership of the assets of government departments should also be done separately apart from the Panchayats and Zila Parishads so to ensure that in future no dispute is created over such property. Apart from this, separate ID will be created for controversial properties. Consolidation work should be done again after every 50 years and a separate cadre should be made for the consolidation work. Land should be assessed on the basis of acreage rather than village. A digital platform has been provided for people voluntarily giving land for government projects,” Khattar said.

He also directed Panchkula DC to complete the drone mapping work in Morni block of the district within a month. “For this, if any kind of assistance is required, then it will be provided immediately by the concerned department. Also 10 more drones should be provided for this work so that at least one drone is available in every district,” Khattar said.

“This will not only reduce the disputes over property, but would also greatly help in decreasing the number of litigations and help in easing the work of revenue court to a great extent,” Khattar added.

A government spokesperson later said that during the meeting, the CM was apprised that out of total 7,187 villages in the state, drone based imaging work has been completed in 5,554. “Besides, 11 districts will soon be free of Lal Dora, while the same wil be achieved in other districts in about six months,” the spokesperson said.