Home Sports Has Virat Kohli Really Lost his Form in Test Match Cricket? A Statistical Analysis with Other members of the Fab 4

Has Virat Kohli Really Lost his Form in Test Match Cricket? A Statistical Analysis with Other members of the Fab 4 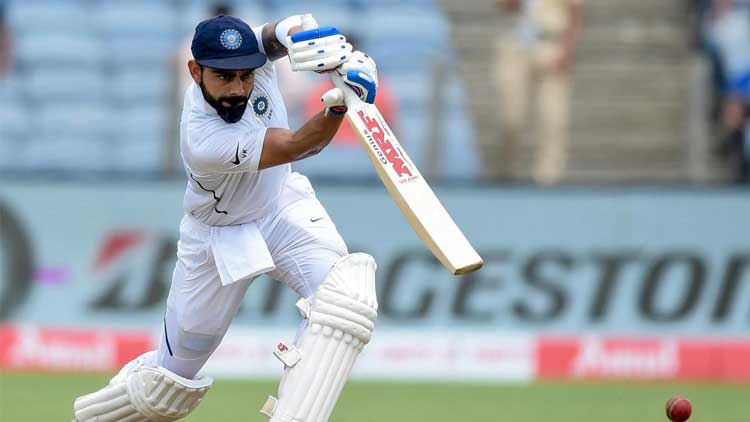 For the last decade, Virat Kohli has been the biggest Name in Indian Cricket. His Stats in ODI Cricket have often drawn Comparisons with The Great Sachin Tendulkar. He is already considered as a better ODI Batsman than Legends like Ricky Ponting, Jacques Kallis and even Sachin Tendulkar.

However, the same thing cannot be said about Test Cricket, especially in the last 2 years. He might be India’s most successful Test captain but to Be The Best Indian Test Batsman ever, he will have to score a lot more runs in the coming years.

In the recent past, a lot of experts and fans have talked about the drop in Kohli’s Form in Tests, but most of these conclusions are made on basis of a few innings which is not the right way to judge a world-class player.

Out of curiosity, I conducted a basic statistic analysis that compared Kohli’s stats to other members of the Famous Fab 4- Steve Smith, Kane Williamson & Joe Root. The Data for this analysis was taken From ESPN-Cricinfo Statsguru.

The Initial Part of the analysis was a simple comparison between the overall averages of all these 4 players. The results are as follows –

According to the results Smith has easily the best average among all the 4, followed by Williamson, Kohli and Root. Smith has an average above 61, whereas Kohli averages just above 51. 10 runs is a massive difference while comparing 2 players who are considered as greats of the game.

One of the most important aspects of Test Match Batting is how well you do in overseas conditions. When Batsmen play in different parts of the world, they have to deal with many different challenges like The Pitches, Conditions, Ground Size etc. The next part of the analysis is a comparison between the Home & Away averages of these 4 players. The results are as follows –

Again Steve Smith has the Best Home average among the 4, although this time the difference between his and Kohli’s home averages are comparatively less. But unfortunately, the Away average difference between both of them is just less than 20 runs. This means that Smith is a much better Away batsman than Kohli.

Joe Root has the closest difference between his Home and Away Average and the reason for this could be that batting conditions in his Home country- England are considered to be very tough.

To judge the recent form of a player it is important to know whether his average is increasing or decreasing. An increase in average would mean the Player is scoring more runs per inning than he previously did and vice-versa. The next part of the analysis is a graph plotting the progression in averages of these 4 players from the start of their careers. The results are as follows –

For a closer look, I plotted the averages of the last 30 innings for getting a better conclusion about the recent Form. The results are as follows –

According to this Graph, Williamson has the best average(Close to 70) followed by Root and Smith who are very close. Unfortunately, Kohli has the worst average(40). An average of 40 is decent but it is very less as compared to the other 3 in the list. Another worrying sign is that his average has been falling down very steeply. Interestingly Kohli has not scored any International century since September 2019.

We can say that Kohli’s recent performance has not been up to the standard of Fab 4 members, but let’s hope that he can regain his form and return back to his usual self.