Home EntertainmentBollywood Have you seen this picture of Shilpa Shetty lifting sister Shamita?

Have you seen this picture of Shilpa Shetty lifting sister Shamita? 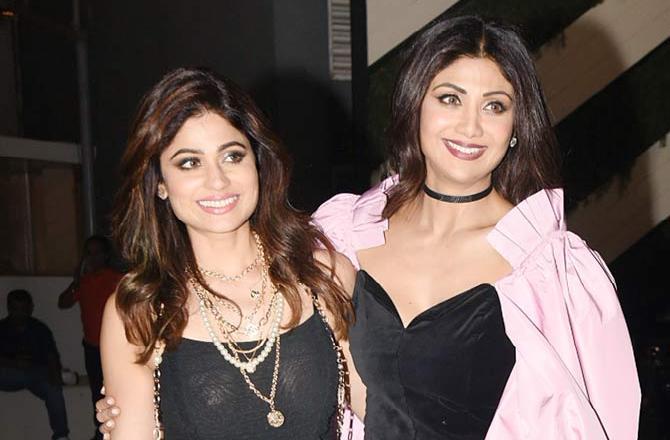 We all knew Shilpa Shetty Kundra is one of the fittest actresses in Bollywood, but who would have thought she was this fit? The actress recently shared a photo in which she can be seen lifting sister Shamita Shetty as part of her workout!

Shilpa shared a photo where she can be seen lying down on a yoga mat. In the pic, the 45-year-old actress lifts her 41-year-old sister Shamita balancing her weight with both hands and feet. The move looks so effortless and easy, but we’re sure it’s anything but!

Shilpa wrote alongside the picture, “Will always be a child at heart. Trust me, that too is an art. Love you, Tunki @shamitashetty_official.”

On the work front, Shilpa Shetty is all set to return to the big screen with the films Hungama 2 and Nikamma after a hiatus of 13 years. Shamita, on the other hand, is currently gearing up for the release of her web series, Black Widows, a remake of a hit Nordic series of the same name. The story follows three best friends who are in abusive marriages, whose lives are in for a twist.