Home SportsCricket Having A Season Of A Lifetime In Toughest Of Times: Ravi Shastri Congratulates India For Defeating 2 Best Teams; England And Australia

Having A Season Of A Lifetime In Toughest Of Times: Ravi Shastri Congratulates India For Defeating 2 Best Teams; England And Australia 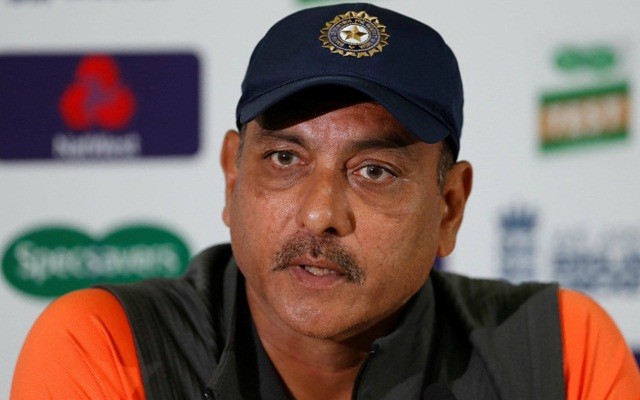 Ravi Shastri, India head coach was a relieved man as India won the 3rd ODI by a whisker by only 7 runs to clinch the ODI series against England in Pune. The run chase became tense at one point in time when Sam Curran was at the crease with England needing 14 from the final over.

India had won the T20I and Test series against Australia after losing the ODI series despite missing key players due to injuries. At home, they overcame England by winning all three series- Tests (3-1), T20Is (3-2), and ODIs (2-1).

Ravi Shastri was seen pacing up and down in the dugout when the match got close but the hosts held their nerves and delivered the results. Ravi Shastri, head coach of the Indian national men’s cricket team, was effusive in his praise for the Indian team for having what he termed “a season of a lifetime”, during which it notched up five consecutive series victories against the word’s top two teams in the difficult COVID era.

“Congratulations Guys for holding up and having a season of a lifetime in toughest of times across all formats and hemispheres against 2 of the best teams in the world. Take a bow,” Ravi Shastri tweeted.

Congratulations Guys for holding up and having a season of a lifetime in toughest of times across all formats and hemispheres against 2 of the best teams in the world. Take a bow 🇮🇳🙏🏻 #TeamIndia #INDvsENG pic.twitter.com/8UnGPZfMY4

Sam Curran (95 not out off 83 balls) single-handedly kept England in the hunt as he joined forces with number 10 Mark Wood (14) for a 60-run stand for the ninth wicket but in the end, could not score 14 runs needed in the final over. England ended at 322 for 9 in 50 overs. India dropped at least four catches, including that of Sam Curran, at crucial junctures as they were kept frustrated till the end.

Sam Curran kept England in the game by scoring an unbeaten 95 batting at No. 8 off 83 balls including 9 fours and 3 sixes. Sam Curran’s valiant knock went in vain as the young all-rounder finished with 95 not out with England falling agonizingly short of the winning total by 7 runs. All-rounder Sam Curran waged a lone battle in the end but it was not enough as India restricted England to 322 in 50 overs.

The hosts were dismissed for 329 after being asked to bat with Shikhar Dhawan, Rishabh Pant, and Hardik Pandya scoring half-centuries. The target did not appear too imposing for England, who chased down 337 with 39 deliveries remaining in the previous match, but Bhuvneshwar Kumar’s early breakthroughs put the hosts on top.