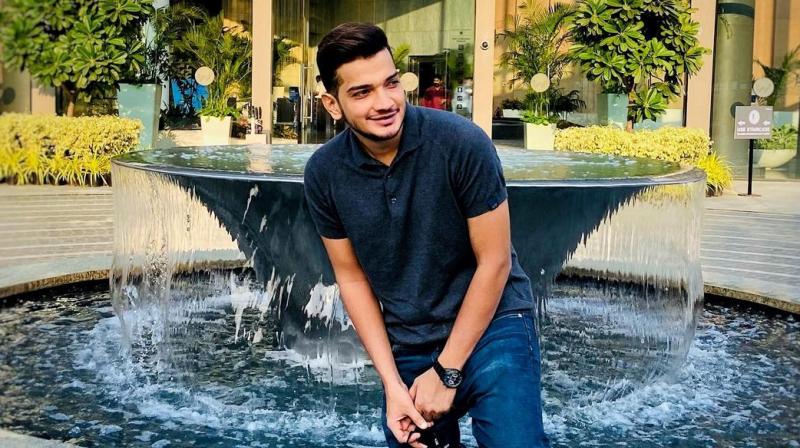 Indore: The Madhya Pradesh High Court on Thursday refused bail to comedian Munawar Faruqui who is accused of passing “indecent” remarks about Hindu deities during a show, and noted that to “promote harmony” is one of the constitutional duties.

Liberty of a person has to be “balanced” with his duties towards other citizens, Justice Rohit Arya of the Indore bench of the high court said, citing a Supreme Court ruling.

The court also turned down the bail plea of Nalin Yadav, another accused in the case.

Faruqui and four others were arrested on January 1 following a complaint by a BJP MLA’s son that objectionable remarks about Hindu deities and Union Home Minister Amit Shah were passed during a comedy show at a cafe in Indore on New Year’s day. One more person was arrested subsequently.

Faruqui and Yadav are in judicial remand and lodged in Indore Central Jail. A magistrate’s court and a sessions court rejected their bail pleas, following which they moved the high court.

In its order, the high court said it would not comment on merits of the case, but based on the material seized, the witnesses’ statements and considering the fact that probe was going on, no case is made out for grant of bail.

“The evidence/material collected so far suggests that in an organized public show under the garb of stand-up comedy at a public place on commercial lines, prima facie, scurrilous, disparaging utterances, outraging religious feelings of a class of citizens of India with deliberate intent, were made by the applicant,” it said.

“Liberty of an individual has to be balanced with his duties and obligations towards his fellow citizens,” the order said, citing a past Supreme Court judgment.

The court noted defence lawyers’ argument that Faruqui had come to Indore on an invitation by organizers, and did not say anything that has been alleged.

However, in the light of the statements of the complainant and witnesses and video footage of the show, “at this stage it is difficult to countenance to the submissions of the learned counsel for the applicant as complacency of the applicant cannot be ruled out”, it said.

“It is not a case of no evidence. More so, the investigation is in progress,” the court added.

There was a possibility that “more incriminating material” would be collected, and further, a similar case has been registered against Faruqui in Prayagraj in Uttar Pradesh, the high court noted.

“That apart, there is also specific assertion by the counsel for the complainant that the applicant, along with other co-accused persons, (were) allegedly making outraging filthy jokes in social media deliberately against Hindu Gods, Lord Shriram and Goddess Seeta, hurting religious sentiments of Hindus for the last 18 months, despite protest on various social media platforms. There is nothing on record to the contrary,” it said.

“Our country is a beautiful country and sets an example of coexistence amid diversities, be it religion, language, culture, geographical locations etc, to the world at large,” the high court said.

“It is the constitutional duty of every citizen of the country and also of the states to promote harmony and the spirit of common brotherhood amongst all the people of India irrespective of religious, linguistic, regional or sectional diversities and to value and preserve the rich heritage of our composite culture (Article 15A (e) and (f) of the Constitution of India),” it said.

The government must ensure that “ecosystem and sustenance of coexistence is not polluted by negative forces”, it said.

The high court did not comment on the part of the FIR where it is alleged that indecent jokes were also cracked about Union minister Shah.

As per the First Information Report, the comedy show was held at a cafe in 56 Dukan area of Indore on January 1. Eklavya Singh Gaud, son of local BJP MLA Malini Laxman Singh Gaud, had filed a complaint against Faruqui and others.

Gaud said he and his associates had gone to watch the show where indecent jokes were made about Hindu gods and goddesses and Union Home Minister Amit Shah.

He forced the organizers to stop the show, he said.

Faruqui and others were arrested under IPC section 295-A (outraging religious feelings).

They were also accused of holding the show amid COVID-19 pandemic without permission and booked under section 269 (unlawful or negligent act likely to spread the infection of any disease dangerous to life) and other relevant provisions.

Faruqui’s lawyer Anshuman Shrivastava said they will move the Supreme Court against the high court’s order.

The show was stopped by complainant Eklavya Singh Gaud when Faruqui had not even started his performance, and the FIR was based on controversies surrounding his earlier shows, the lawyer claimed.

But Indore’s Inspector General Harinarayan Chari Mishra asserted that the police case was based on the January 1 program.