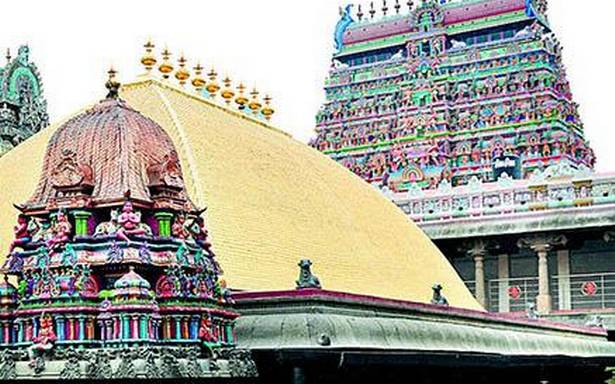 A Bench of Justices R. Mahadevan and Anita Sumanth presided over a virtual hearing of the case considering the urgency involved in the issue and directed State Government Pleader V. Jayaprakash Narayanan to get necessary instructions from the Collector by Sunday.

The petition was filed by G. Vishnudass, 24, a devotee of Lord Shiva from Kancheepuram district. The petitioner had challenged a press release issued by the District Administration on December 21 stating that only locals would be allowed to participate in the festival.

The release stated that the annual festival would be conducted this year between December 21 and 31. It further said that only 100 devotees would be allowed to participate in the golden car procession to be taken out on December 28.

It also made it clear that devotees from other places would not be permitted to enter the Chidambaram town and instructed the marriage halls, convention centres, lodges and hotels to avoid accommodating outsiders who come to witness the festival.

After perusing the press release, the judges wanted to know how such restrictions could be imposed and on what basis the District Administration would identify the devotees who would be allowed to participate in various events associated with the festival.