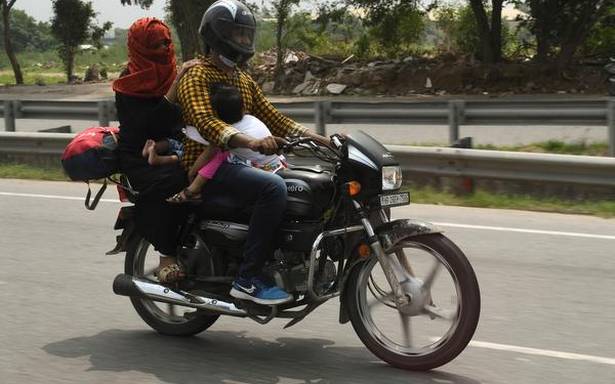 Use of contraceptives on the rise, rural-urban gap narrowing, finds analysis of NFHS-5

The latest data from the National Family Health Survey-5 (NFHS-5) provides evidence of an uptake in the use of modern contraceptives in rural and urban areas, an improvement in family planning demands being met, and a decline in the average number of children borne by a woman, and prove that the country’s population is stabilising and fears over a “population explosion” and calls for a “two-child policy” are misguided, say experts.

Prime Minister Narendra Modi during his Independence Day speech in 2019 appealed to the country that population control was a form of patriotism. Months later, the NITI Aayog called various stakeholders for a national-level consultation on the issue, which was subsequently cancelled following media glare on it. In 2020, the PM spoke about a likely decision on revising the age of marriage for women, which many stakeholders view as an indirect attempt at controlling the population size.

The first part of the NFHS-5 report, which was made public earlier this month, records data for 17 States and five Union Territories. The analysis of the data by the international non-profit Population Council shows that the Total Fertility Rate (number of children born per woman) has decreased across 14 out of 17 States and is either at 2.1 children per woman or less.

This also implies that most States have attained replacement level fertility, i.e., the average number of children born per woman at which a population exactly replaces itself from one generation to the next.

“We need to think through and move away from the narrative being built without any evidence. The data is the response to myth and misconception around the two-child norm,” said Poonam Muttreja, executive director, Population Foundation India, a national NGO. She added that it is family health programmes that are needed to uphold the right and dignity of individuals.

While during NFHS-3 and NFHS-4, conducted between 2005 and 2016, there was a decline in the use of modern methods of contraception (oral pills, condoms, intra-uterine device) across 12 of 22 States and UTs, in NFHS-5 as many as 11 out of 12 States where there was a slump have witnessed an increase in their use, showed the analyses presented by Dr. Niranjan Saggurti, country director, PCI, at a web conference.

“The number of districts with a modern contraceptives prevalence rate of over 60% has also increased significantly between the survey rounds (from 37 in 2015-16 to 111 in 2019-20). This change was much better in Maharashtra, Karnataka, Andhra Pradesh, Telangana and Kerala,” explained Dr. Saggurti.

Further, the indicator to gauge the demand met for contraception has also increased — only five States had more than 75% demand being met in NFHS-4, but now 10 States are able to cater to the demand for family planning by up to 75%. The top performers here are Andhra Pradesh, Karnataka and Telangana.

Experts draw attention to the rise in child marriages recorded by the Survey and appeal that policy makers should pay attention to this area to curb early pregnancies.

While there is no national policy mandating two children per family, leaders of the ruling party have sought to put the spotlight on the issue. Bharatiya Janata Party (BJP) MP Rakesh Sinha tabled a Bill in the Rajya Sabha in November 2019 on the matter, proposing incentives for smaller families, and BJP leader Ashwini Kumar Upadhyay approached the Delhi High Court seeking a law on population control but this was dropped.