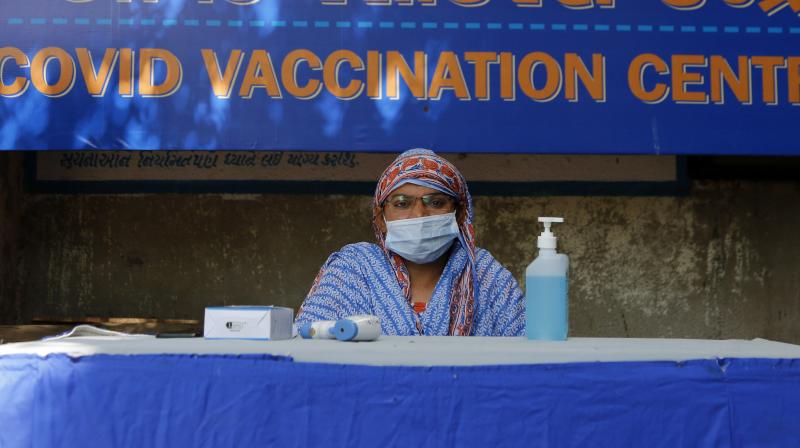 NELLORE: As the life of the Covid vaccine is only for three months, the administration is in a fix over completing the first round of vaccination as per schedule since nearly 40 per cent of healthcare workers are avoiding inoculation under one pretext or other because of rumours over its efficacy and possible side-effects.

As many as 38,500 doses of the vaccine were received by the authorities in Nellore to provide jabs to nearly 32,000 health workers within 15 days.

As part of the objective, session sites were increased from 26 to 46 to offer the vaccine to 100 persons in each site. However, they could cover around 16,000 staff out of the targeted 35,000 over 12 days.  While the sites are equipped to offer vaccines for 4,600 persons per day, less than 1,000 are turning up with the others skipping the schedule under various grounds.

According to officials, a majority of those evading the vaccine are women, including staff in the medical and health wing, Anganwadi, and Asha workers.

They have been citing health problems, miscarriage, allergies, and even Covid infection to avoid the vaccine. There are also some genuine cases such as women who are pregnant and lactating mothers.

The death of an Asha worker in Guntur after vaccination further complicated the situation though there is no confirmation over the reasons of the nurse’s death, an official said referring to the Asha workers protest against the vaccine at the Collectorate here on Thursday.

Sources in the medical and health wing attributed the reluctance among lower-level staff to the failure of senior officials and doctors in the department to take vaccines and project themselves as role-models.

“They are not taking the vaccine but bringing pressure on their subordinates to take it” a source alleged adding that there are also rumours that the vaccine will work for only one year.

To ally such fears, prominent city doctors, who have taken the vaccine, came out and spoke in favour of the vaccine at the instance of Collector KVN Chakradhar Babu a few days back.

They made it clear that their family members also took the vaccine while advising everyone, especially people with comorbidities, to volunteer for the vaccine.

The collector said that they are putting all efforts to complete vaccination at the earliest so that they could move to the second phase.

He said the situation is the same in most of the districts and they are ahead of others with respect to achievement of the target.