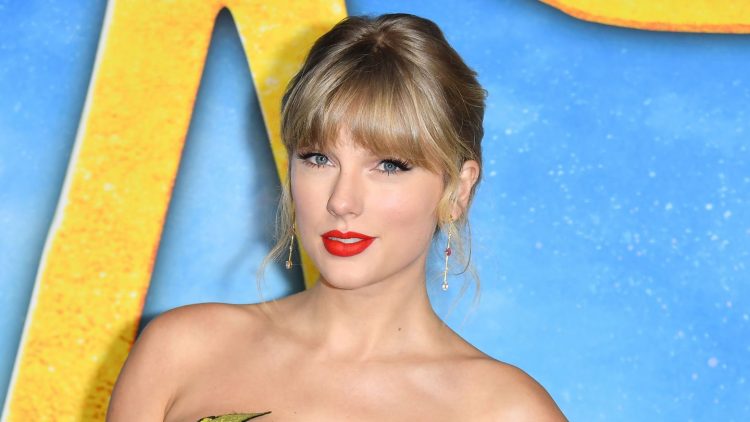 Taylor Swift’s been hard at work. After releasing a new Folklore performance film on Disney+ last week, she headed into the Thanksgiving holiday with an impressive six Grammy nominations — including in the key Album of the Year and Song of the Year categories. But as we know from a note she posted to social media last month, she’s also been spending a lot of time in the studio.

Due to Scooter Braun’s purchase (and subsequent sale) of Swift’s back catalog, she’s taken it upon herself to re-record those old songs — the ones from her first six albums — so she can retain control over (and make money from) them. “I have recently begun re-recording my older music and it has already proven to be both exciting and creatively fulfilling,” she wrote in November. “I have plenty of surprises in store.”

Thanks to her pal Ryan Reynolds, one of those surprises is now here: Swift’s updated version of her 2008 song “Love Story,” as featured in a twisted new commercial for the dating site Match.

The premise of the spot is simple — Satan is having bum luck dating, until he meets his match in the year 2020, personified. (Because 2020 has been a shit year, you see, and the only being who could actually like — or even love! — it is the actual Prince of Darkness.)

Swift’s new take on “Love Story” soundtracks this, uh, love story, and though we only hear snippets, it sounds good! “Okay so while my new re-records are NOT done, my friend @VancityReynolds asked me if he could use a snippet of one for a LOLsome commercial he wrote so…here’s a sneak peak of Love Story!” Swift tweeted with the clip. “Working hard to get the music to you soon!!”

How soon? That remains a mystery. But remember: December 13 — Swift’s 31st birthday — is only 11 days away. And then it’s Christmas after that. It’s the season of giving, is all I’m saying.

Listen to Swift’s new take on “Love Story” in the ad above.