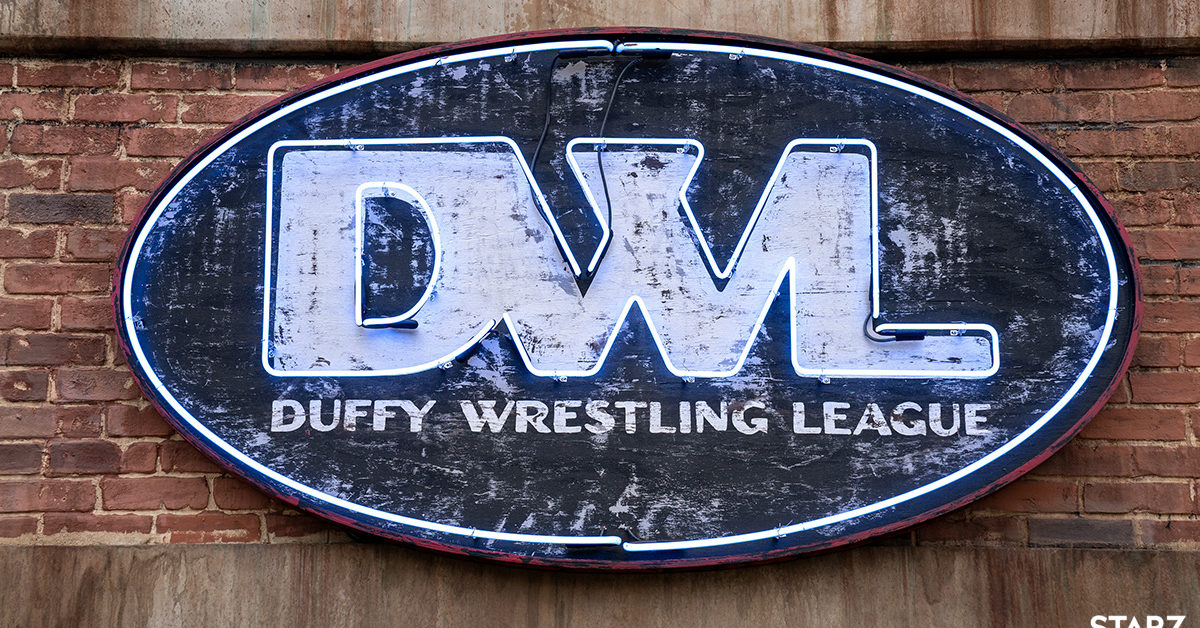 STARZ continues rolling out introductions to the cast of characters populating the world of Stephen Amell (Arrow) and Alexander Ludwig (Vikings)- starring pro wrestling drama Heels. Previously, we were introduced to Jack (Amell) and Ace Spade (Ludwig), followed by Mary McCormack‘s (The Kids Are Alright) business partner and former valet Willie, Chris Bauer‘s one-time wrestler and now talent scout Wild Bill Hancock, and Kelli Berglund‘s (Animal Kingdom) wrestling-valet-who-wants-to-wrestle Crystal Tyler. Now, viewers get a chance to meet Alison Luff‘s (New Amsterdam) Staci Spade, the reluctant young matriarch of the Duffy Wrestling League (DWL). Having married into the world of independent wrestling, she soon learns that she has to contend with the emotional stakes her in-laws have invested in their wrestling goals and the demands it puts on her family.

In Heels, the focus is on the men and women who chase their dreams in the world of small-town pro wrestling. Set in a close-knit Georgia community, it follows a family-owned wrestling promotion as two brothers and rivals — Jack Spade (Amell) and Ace Spade (Ludwig) — war over their late father’s legacy. In the ring, somebody must play the good guy and somebody must play their nemesis, the heel. But in the real world, those characters can be hard to live up to — or hard to leave behind.

In the ring, Amell’s Jack Spade is the charismatic villain, or heel, of the Duffy Wrestling League (DWL). In the real world, he’s its hard-working owner, a husband, and father trying to make ends meet while fighting to realize his impossible dreams. He has the mind of an artist in the body of a warrior, and a Steve Jobs-ian need for perfection — and for control. He says he’ll do whatever it takes to build the DWL into an empire. Will he go so far as to risk his marriage – or his relationship with his brother, Ace?

Ludwig’s Ace Spade is the beloved hero and star of the DWL. Things are more difficult in the real world, where he struggles to reconcile his town idol status with his insecurities and demons. He’s brash, cocky, and self-destructive — yet so damn charming and good-looking that you can almost forgive him. If he can keep it together, he’ll have a ticket out of Duffy and to the big time. But that’s a big if…