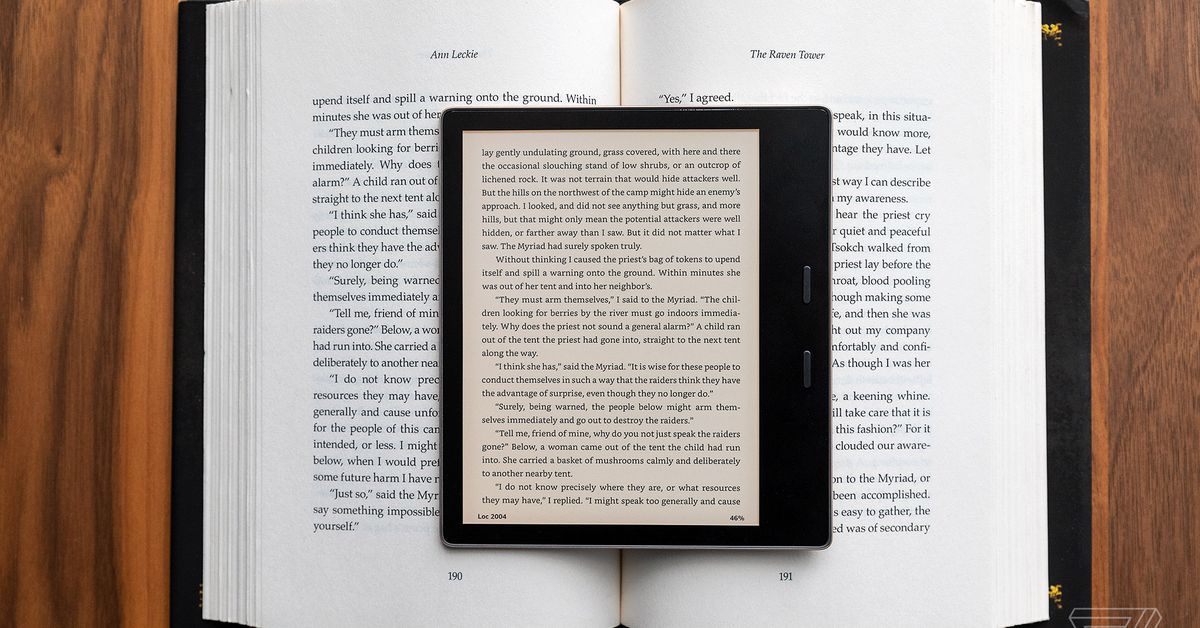 When it comes to finding a device to use to read your ebooks, you have a few options to choose from. You can always buy a tablet or simply use your smartphone, but those devices are multipurpose and can be used for a ton of things, like surfing the web or doom-scrolling through Twitter. If you are looking for something to strictly read books, e-readers, while a niche piece of tech, is designed to store all of your books in a virtual library with no other functionality.

Amazon has dominated the space for years with its Kindle products. Right now, there are three Kindle models you can choose from, each with pros and cons.

Below, we’ve listed each of the current Kindles available for purchase. Sometimes, there isn’t a deal for one or, in some instances, all of the products. In that case, we’ve mentioned the most recent sale price so you know when is a good time to buy the e-reader at a discounted rate. But most of the time, there’s some deal going on. Whether you’re looking for a new model or to grab a bundle that includes a few extras, these are the best Kindle deals right now.

This is Amazon’s most affordable e-reader, usually costing $90. Released in 2019, this base Kindle model includes a front light, comes in one storage configuration of 8GB, and comes with or without ad support. Despite including the same 167ppi resolution as its predecessors, this model has a slightly higher contrast than earlier models.

Right now, you can buy the Kindle Essentials Bundle, which is $120 ($15 off its usual price), and it includes a printed cover and a power adapter.

Amazon’s most affordable e-reader that now includes a front light for the display.

The entry-level Kindle and Oasis models were not the only ones that received a refresh in 2019, Amazon also announced and released a Kindle Kids Edition Bundle, which provides age-appropriate content for younger readers who prefer digital books for $109 ($20 more than the base Kindle).

The Kindle Kids Edition consists of five items: the device, a case, a two-year extended replacement guarantee (in the event the device breaks), and one year of Amazon’s FreeTime Unlimited service. The latter is the biggest selling point of this device, as it allows parents to grant access to a digital library of kid-friendly books like Percy Jackson or The Hobbit at no additional cost.

Right now, Amazon is offering the Kindle Kids Edition Essentials Bundle, which is $128 and includes all of the things previously mentioned above, plus a power adapter.

The kid-friendly bundle, which includes one-year membership to FreeTime Unlimited.

Amazon released the fourth-generation Kindle Paperwhite in 2018. Starting at $130, the Paperwhite comes in three different configurations: 8GB Wi-Fi, 32GB Wi-Fi, and a second 32GB model that drops the ads from the lock screen.

The Paperwhite features a six-inch, pin-sharp backlit display, which is the main reason to get one over the base Kindle. The 2018 model added a few useful features normally found on Amazon’s flagship reader, the Oasis, such as water resistance and Audible audiobook support.

Amazon has knocked $20 off its Kindle Paperwhite Essentials Bundle, which includes either an 8GB or 32GB Paperwhite (with ads), plus a leather cover and a power adapter. If you are a fan of The Hunger Games book series, the e-commerce giant has four bundles that include the Paperwhite (with ads) and exclusive covers designed by the series’ author, plus a power adapter for $160 if you buy the 8GB or $190 if you buy the 32GB.

The fourth generation of the Paperwhite e-reader, which is waterproof and includes a better display and improved battery life than the previous iteration.

The Kindle Oasis is the most expensive of the lineup, starting at $250. The device comes in two storage configurations: 8GB or 32GB, and like the other models, you can get the product with or without ads.

The Kindle Oasis 2019 model looks very similar to its previous model. It still maintains its waterproof, seven-inch, 300ppi E Ink display and supports Audible audiobooks by connecting to Bluetooth. Yet, the biggest change to the Kindle Oasis 2019 is that it can adjust the color temperature to a yellow-toned display, making it easier to read at night.

In the past, we have seen the Kindle Oasis go down to as low as $200 if you get the 32GB model, which is the lowest it has ever been for that configuration to date. While there are no deals on just the Oasis itself, Amazon is currently offering an Essentials Bundle for $32 off its normal price. You can get either the 8GB or 32GB, and it will also include a leather cover, a power adapter, plus three months of Kindle Unlimited.

Amazon’s flagship e-reader that now includes a warmer display, making it easier to read at night or in various lighting conditions. It’s also IPX8 waterproof, like the Paperwhite.

Back to Top
Close Add post
X
Sony could bring back the Xperia Compact to compete with the iPhone 12 mini…Tech NewsSony is reportedly set to bring back its “Compact” line of phones in 2021 with a new Xperia Compact model. It will offer a 5.5-inch display and dimens…