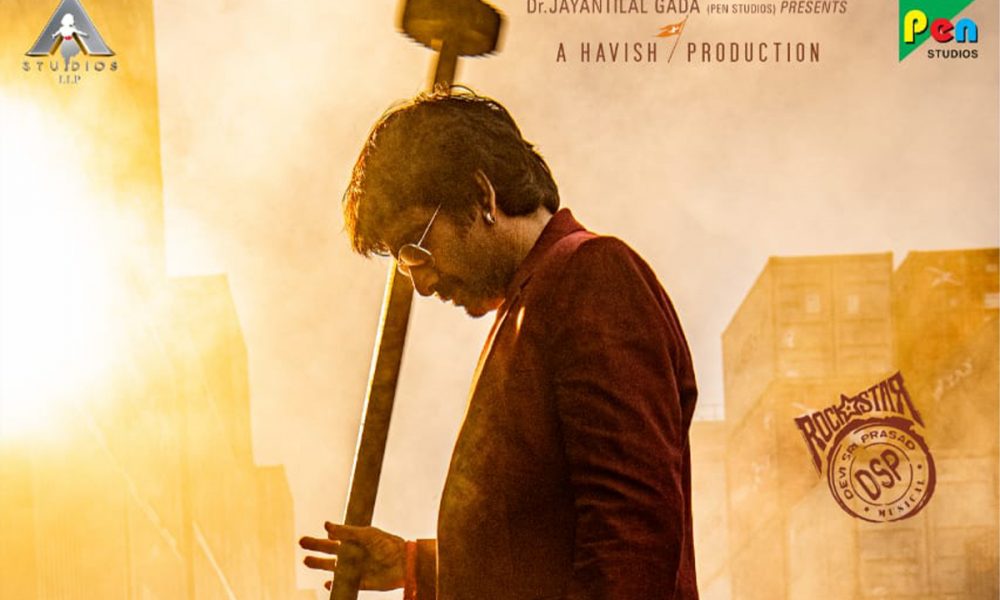 The first look of Mass Maharaja, Ravi Teja’s character from his awaited film ‘Khiladi’ is finally out. The first look of the film was shared on the occasion of star’s birthday that falls on 26 January. Along with the poster that contains the actors look from the film, a mini video was also released today that hinted that the film is going to be an action-packed entertainer.

While sharing the poster on his Twitter handle, the ‘Touch Chesi Chudu’ star said, “In response to all the love… Here’s a little something for you all Hugging face #Khiladi #KhiladiFirstGlimpse ” He looks extremely rugged and fierce while holding a hammer in one of his hands.

It has also been hinted that the star will play a double role in the upcoming film. Khiladi is being produced by A Studios in association with Pen Studios. It will be his third collaboration with director Ramesh Varma.