Here’s how the U.S. government plans to distribute the first Covid-19 vaccines. 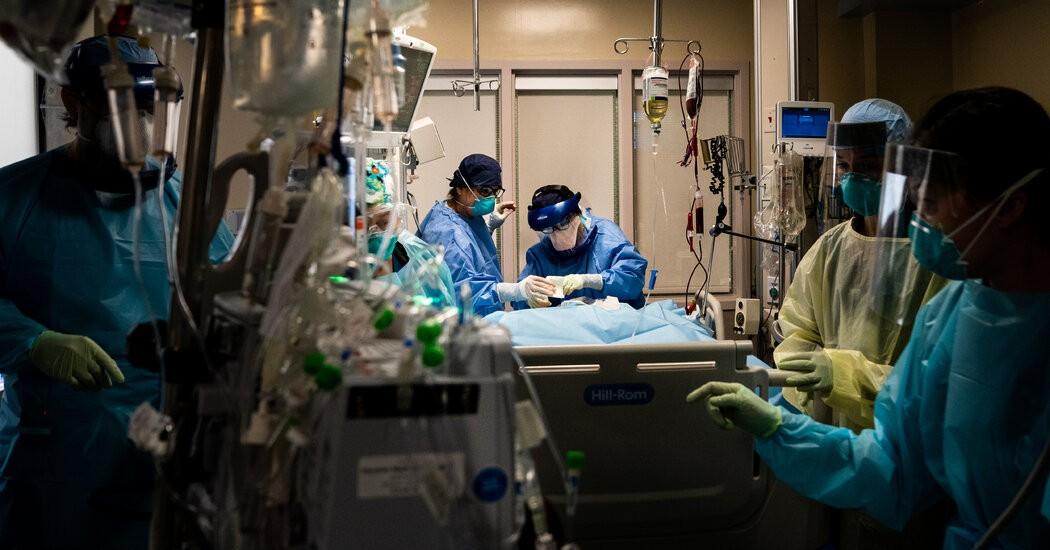 Dr. Moncef Slaoui, head of the administration’s Operation Warp Speed, said that within 24 hours after the Food and Drug Administration approves a vaccine, doses will be shipped to states to be distributed. “Within 48 hours from approval,” the first people would likely receive injections, Dr. Slaoui said on ABC’s “This Week With George Stephanopoulos.”

Two companies, Pfizer and Moderna, announced this month that their vaccines were about 95 percent effective, and Pfizer formally submitted an application to the F.D.A. for emergency approval. Regulators at the agency will spend about three weeks reviewing the application. On Dec. 10, an outside advisory board on vaccines will meet to discuss the application, and the agency is expected to make a decision shortly after that meeting. Moderna is expected to submit its own application soon.

Even if the first vaccine is authorized in mid-December, officials and company representatives have estimated that there will only be enough doses available to treat about 22.5 million Americans by January. Each vaccine requires two doses, separated by several weeks.

Dr. Slaoui said vaccines would be shipped to states, proportioned according to their population, and that states would decide how and where to distribute the doses. He said that likely within a day after a vaccine receives F.D.A. authorization, a committee at the Centers for Disease Control and Prevention would issue recommendations for which groups should be first to receive a vaccine.

High-priority groups are likely to include frontline medical workers and residents of nursing homes. Dr. Scott Gottlieb, a former F.D.A. commissioner, said on the CBS show “Face the Nation” that those groups would likely be followed by other older adults and then expanded to younger adults in the spring. Both he and Dr. Slaoui estimated that tens of millions of adults could be vaccinated by sometime in May.

Immunizations for children would follow. Dr. Slaoui said on the CNN show “State of the Union” that the youngest participants in the clinical trials so far have been 12 to 14 years old and that approval for younger children and toddlers would likely not occur until late in 2021, after clinical trials for those age groups are conducted.

On “Face the Nation,” Larry Merlo, the chief executive of CVS Health, said that pharmacists and other medical staff from CVS plan to immunize residents of more than 25,000 long-term care facilities, beginning about 48 hours after a vaccine is approved. He said that for several years, CVS has been going to nursing homes to administer the seasonal flu vaccine, so “we have the systems, we have the processes, and we have built the logistics directly for the Covid vaccine.”

Mr. Merlo, whose company runs 10,000 pharmacies across the country, also said as the supply of the vaccines increase, they would be administered by CVS pharmacies and also by kiosks and mobile trailers that have been doing coronavirus testing in underserved communities.