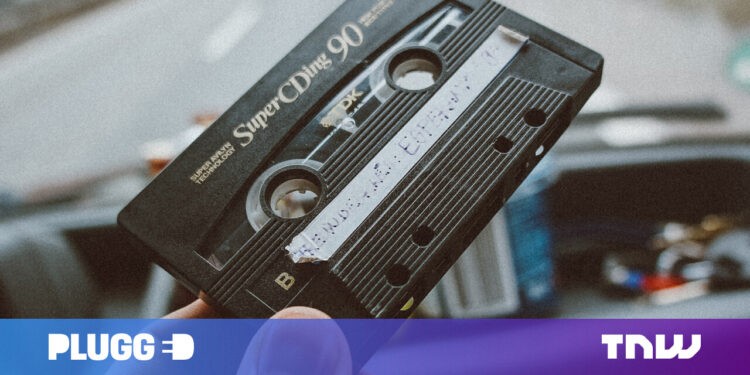 Described by some as “Europe’s biggest tech show”, the Berlin Radio Show has long been famous for exhibiting the next big thing in consumer electronics. In 1963, that was the compact audio cassette, introduced at the time by its creator, the late Dutch engineer Lou Ottens, who died in early March.

Over the course of Ottens’ lifetime, cassette tapes came to redefine listening habits, which until then had been limited to the much more unwieldy vinyl record. Car stereos and the iconic Sony Walkman suddenly made individual listening experiences possible outside of the home. The re-recordable nature of the format, meanwhile, helped music fans collate and circulate their own mixtapes. At its peak in 1989, the cassette tape was shifting 83 million units per year in the UK alone.

Despite having been superseded in functionality first by the compact disc (CD) and then the digital file (MP3 and MP4), the audio cassette retains a special place in the history of audio technology, with mixtapes a precursor to playlists, and the Walkman the precursor to the iPod.

And, despite being considered aesthetically and materially inferior to the vinyl record that came before it, the audio cassette is actually experiencing something of a resurgence – partly for sentimental reasons, but also because, with gigs cancelled, it’s a smart way for smaller artists to monetize their work.

Against a backdrop of a pandemic that has done huge damage to the music industry, 2020 could justifiably be called the year of the cassette. According to British Phonographic Industry figures, 156,542 cassettes were sold in the UK last year, the highest figure since 2003 and an increase of 94.7% on 2019 sales. Seemingly out of the blue, global pop icons such as Lady Gaga, the 1975, and Dua Lipa have started rushing out their new releases on cassette – and they’re selling out.

For those of us who are old enough to remember the cassette tape as a common format of music consumption, their resurgence is somewhat puzzling. After all, even in their heyday, cassettes were always a bit rubbish.

They lacked the aesthetic appeal and the romance of the vinyl LP and its gatefold sleeve. Subsequently, they lacked the usability, flashiness and sonic fidelity of the CD. And there is not a music fan alive over the age of 35 who doesn’t have a horror story to tell about a favorite album or mixtape being chewed up by a malicious car stereo or portable boombox.

Ottens himself was dismissive of the “nonsense” of a cassette revival, telling Dutch newspaper NRC Handelsblad that “nothing can match the sound” of the CD, the development of which he also played a key part in. For Ottens, the ultimate goal of any music format was clarity and precision of sound, though, in a nod to nostalgic listeners, he also conceded: “I think people mainly hear what they want to hear.”

As a scholar of popular music and material culture, I can’t help but wonder if Ottens’ strict utilitarian perspective misses a deeper point about the cassette tape and its recent resurgence as a medium in popular culture.

The ongoing revival of the record, for instance, is sometimes explained as a turn back to vinyl’s superior sound. But it’s just as often regarded as a cultural turn back to an iconic medium, steeped in musical history, that people can feel, handle, and experience together – unlike a digital file. Though they may be less iconic, cassettes also represent cultural moments of cherished significance to music fans.

In the mid-2010s, I investigated the first signs of this resurgence of cassettes within Glasgow’s indie and punk scenes as part of my PhD, talking to musicians, labels and fans about the resurgence of cassette tapes. In these conversations, the materiality of these objects – their physical, tangible presence – was often highlighted as a motivating factor.

There’s also an economic component to the cassette resurgence. With debates raging about how music streaming services should reimburse artists, independent musicians have, for some time, been looking to the sale of physical products and merchandise as a means of generating income.

For Glasgow’s indie and punk bands, as with today’s independent artists, cassettes actually represented a cost-effective means of providing a physical product, far cheaper than pressing a vinyl record and printing sleeves and packaging. As one label owner put it, “we tend to release on tape because it’s cheap to manufacture, it’s easy to recoup, and it leaves money left over for the bands to get something.”

While the practices of these small, independent artists may feel quite far removed from the recent embrace of cassette tapes by mainstream pop stars, each arguably has their roots in a desire for analogue products we can touch in an increasingly digital world mediated via screens.

Many people have reported feelings of digital detachment and alienation during the pandemic. It doesn’t seem unreasonable to suggest that a desire for something we can actually feel, embellished with a nostalgic glow from a COVID-free past, may also explain the resurgence of the audio cassette, nearly 60 years since its Berlin debut.

This article by Iain Taylor, Lecturer in Music Industries, Birmingham City University, is republished from The Conversation under a Creative Commons license. Read the original article.

RELATED:  Go read about how Facebook’s pseudo-Supreme Court came together