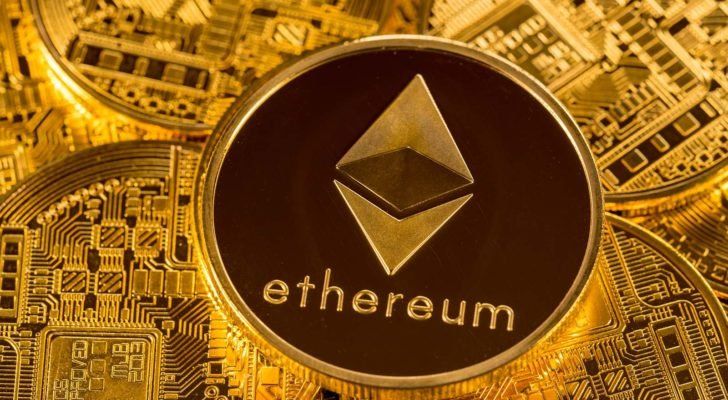 When it comes to stocks and other investments, generally, I’m not particularly eager to write about them unless I’m bullish about their prospects. I’ll never short a stock as a result. It’s just not in my nature to recommend someone sell a particular investment, especially when they’ve bought for the long haul.

Sure, I’ll make sell calls based on valuation, but more often than not, it’s for stocks I like that have gotten ahead of themselves.

What’s happening in the markets at the moment is unsettling to me.

Not because I’ve never lived through a major correction; I’ve lived through many in my adult life (I’m 56). I know from experience that markets always recover. Some, however, take longer than others.

It’s a big reason why you might want to consider taking profits on your Ethereum bet.

History Is a Good Teacher If You Own Ethereum

Successful investors are generally interested in history. That’s because so much of what happens in the world repeats itself, over and over, and over. The markets are no different.

Ben Carlson, one of my favorite financial bloggers anywhere, wrote a piece for his blog, A Wealth Of Common Sense, in March 2019 that discussed the worst entry point in stock market history. I recommend that you read it.

I was one year into a financial services career at that point and figured the world as we knew it was over and done. It wasn’t.

However, that’s not his best argument.

So, the question you want to ask yourself as you sit on your significant unrealized gains YTD is whether, in 35 years, $1,800 will be considered the worst entry point in the cryptocurrency’s history or one of the best.

What you do with this analysis should determine whether you bail on your Ethereum bet or not.

InvestorPlace’s Josh Enomoto recently wrote a piece that explained why he had unloaded most of his Bitcoin investment as his personal wall of worry got too hot to handle.

In May 2020, Josh discussed the concept of Bitcoin halving. He owned Bitcoin at the time. He held it at the end of 2019. At the beginning of 2019, he owned it. In 2018, he owned Bitcoin, arguing that investors had an opportunity to buy before the price really took off.

“You see, when all your money is tied up in volatile investment markets, it’s difficult to get any peace. While I’d never take such outlandish risks, I did have a sizable profit in Bitcoin,” Josh wrote on Feb. 10.

“But as the price kept ticking higher and higher, the pressure got to me. Knowing how wild Bitcoin trading is, I could hold on for dear life and risk losing everything or I could get out while the going was good and take something, anything out of this experience.”

As Clint Eastwood said in Magnum Force, “A man’s [or woman] got to know his limitations.”

Indeed he or she does. I could continue with clichés and quotes for the next several hours.

The point is, my colleague, who writes about investments for a living — and has for many years — chose to exit most of his Bitcoin position for a sizable gain after it had appreciated by 329% over the past year.

By comparison, Ethereum is up 547% over the same period. Take from this what you will.

On the date of publication, Will Ashworth did not have (either directly or indirectly) any positions in the securities mentioned in this article.

Will Ashworth has written about investments full-time since 2008. Publications where he’s appeared include InvestorPlace, The Motley Fool Canada, Investopedia, Kiplinger, and several others in both the U.S. and Canada. He particularly enjoys creating model portfolios that stand the test of time. He lives in Halifax, Nova Scotia.

The post Hereâs Why You Might Want to Bail From Your Ethereum Bet appeared first on InvestorPlace.