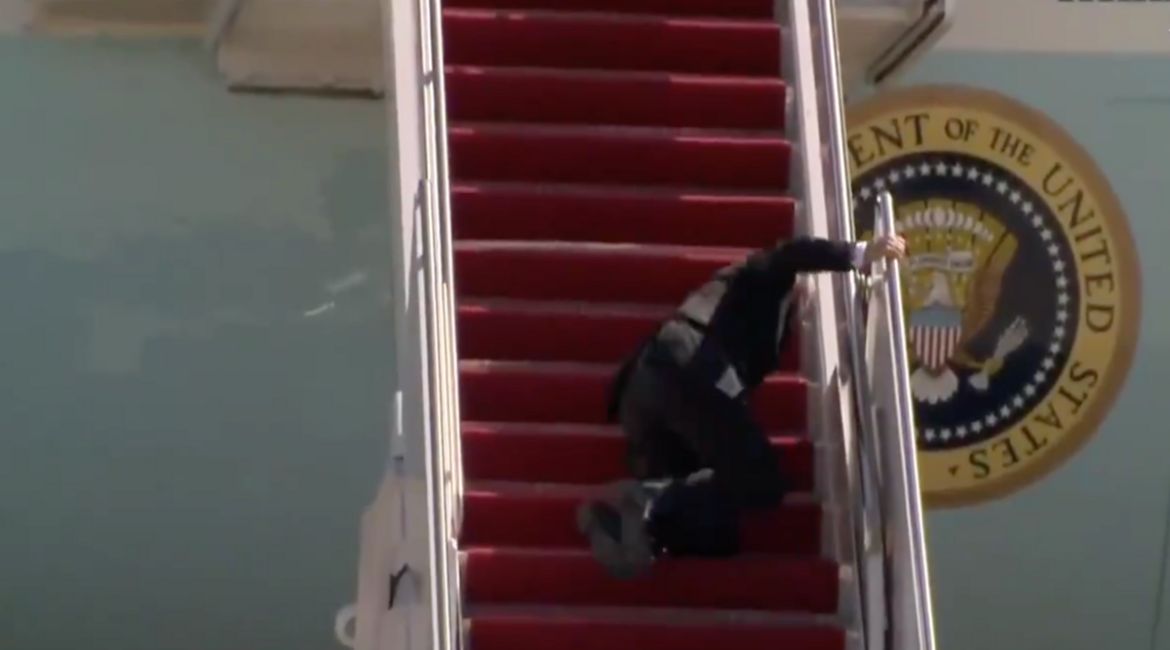 US President Joe Biden stumbled thrice while climbing up the stairs to his Air Force One plane on Friday. In a statement issued soon after the incident, the White House clarified that the President had simply lost his balance because of windy weather and was “100 per cent fine”.

Videos shared widely on social media showed the US president climbing about a dozen stairs before briefly losing his footing. He then appeared to regain his balance and make it up a few more steps, only to trip again.

US President Joe Biden just fell 3 times in a row trying to go up the stairs to Air Force One @CalebJHull pic.twitter.com/RDzRnbErBG

Biden then got back to his feet for a second time, leaning on the railing for support. He looked unsteady at first, but managed to amble up the remaining steps with ease.

The White House said the incident was not serious. “I can tell you he’s doing fine,” deputy press secretary Karine Jean-Pierre said at a briefing. “It’s pretty windy outside, it’s very windy. I almost fell coming up the steps myself. He is doing 100 per cent fine.”

The incident occurred while Biden was boarding the Air Force One after meeting Asian-American Community leaders in Atlanta, following a series of major shootings at massage parlours in the city earlier this week.

Biden had broken his foot in November, according to CNN. When asked if he had injured the foot he had broken, Jean-Pierre reiterated that he was doing fine.

Biden, who at 78 is the oldest serving President in US history, has long faced criticism for his age and fitness. But during his 2020 presidential campaign, his team released a summary health report, which showed that he was healthy and fit for the presidency, CNN reported.