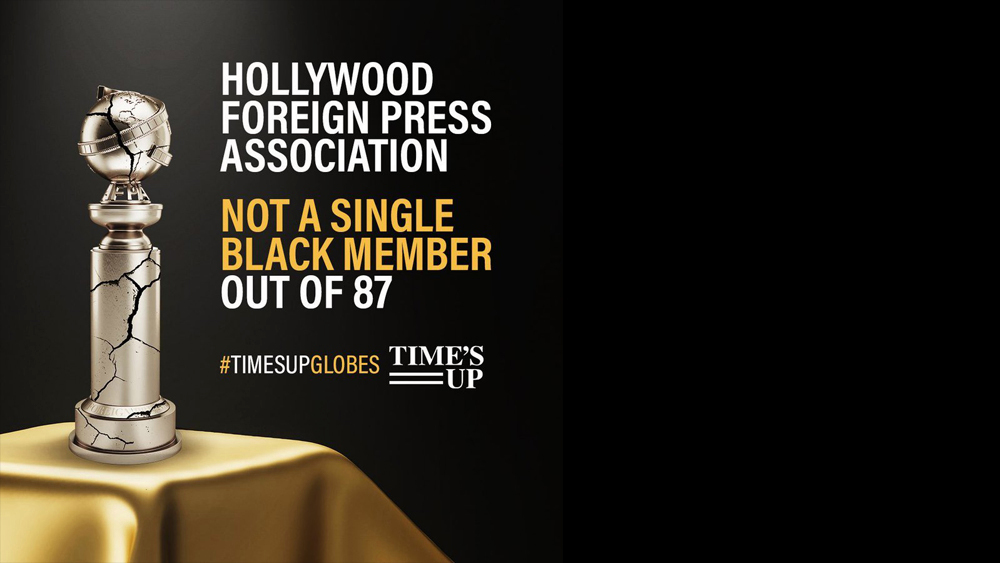 UPDATE, 10:11 PM: Battered again today by some of the biggest names in Hollywood for its stupefying lack of Black members, the Hollywood Foreign Press Association tonight responded by repeating a previous pledge to do more and to do it in public at the Golden Globes this weekend.

“We released this statement from the HFPA earlier, and are committed to change,” the Globes said on their Instagram account after Ava DuVernay, Shonda Rhimes, Kerry Washington, Sterling K Brown and many more castigated the secretive 87-member organization for its lack of diversity. “We will also address this in our show on Sunday,” the posting succinctly added offering no details.

With a hybrid show of live and virtual presenters and nominees, the 78th annual Golden Globes is co-hosted by Tina Fey on the East Coast and Amy Poehler on the West Coast. The ceremony airs live on NBC at 8 PM ET/5 PM PST.

PREVIOUSLY, 6:42 PM: With the Golden Globes just about here, Twitter erupted with shock and dismay Friday that the ceremony’s founding organization, the Hollywood Foreign Press Association, has no Black members and hasn’t for the past 20 years.

After the weak acknowledgement of the problem put out yesterday by the HFPA, the reality of the situation did not sit well with Ava DuVernay, past Globes winner Sterling K. Brown, Judd Apatow, Shonda Rhimes, Lovecraft Country‘s Jurnee Smollett, Patton Oswalt and dozens of others who weighed in on social media to express displeasure, throwing major shade on social media.

“A cosmetic fix isn’t enough,” Rhimes, Kerry Washington, and Alyssa Milano tweeted as they and others layered their discontent atop an image of a cracked award and the descriptions of the problem: “Hollywood Foreign Press Association. Not a Single Black Member Out Of 87.”

“Old news. New energy,” tweeted filmmaker and activist DuVernay, who was the first Black woman nominated as best director by HFPA in 2015.

The HFPA composition does seem insanely out out step given the increasing focus on diversity in Hollywood and across the country that was accelerated by protests over the summer after the police killings of George Floyd and Breonna Taylor.

“So many crazy things about the Golden Globes and the Hollywood Foreign Press, but this is awful,” said Apatow.

See some of the reactions below.

That only 87 people get to vote on the Golden Globes in the first place, evidences how fcking meaningless and trash the entire #GoldenGlobes is. And then, to be virtually devoid of POC, #TimesUpGlobes https://t.co/EplZ8JeMvG

So many crazy things about the @goldenglobes and the Hollywood Foreign press but this is awful. #timesupglobes pic.twitter.com/C5PYs5zFRr

How far have we come, you ask? Not far enough. A cosmetic fix isn’t enough. #TIMESUPGlobes #TIMESUP pic.twitter.com/cVpeqk1ofX

The 78th annual Golden Globes airs on NBC on February 28.

Erik Pedersen contributed to this report.