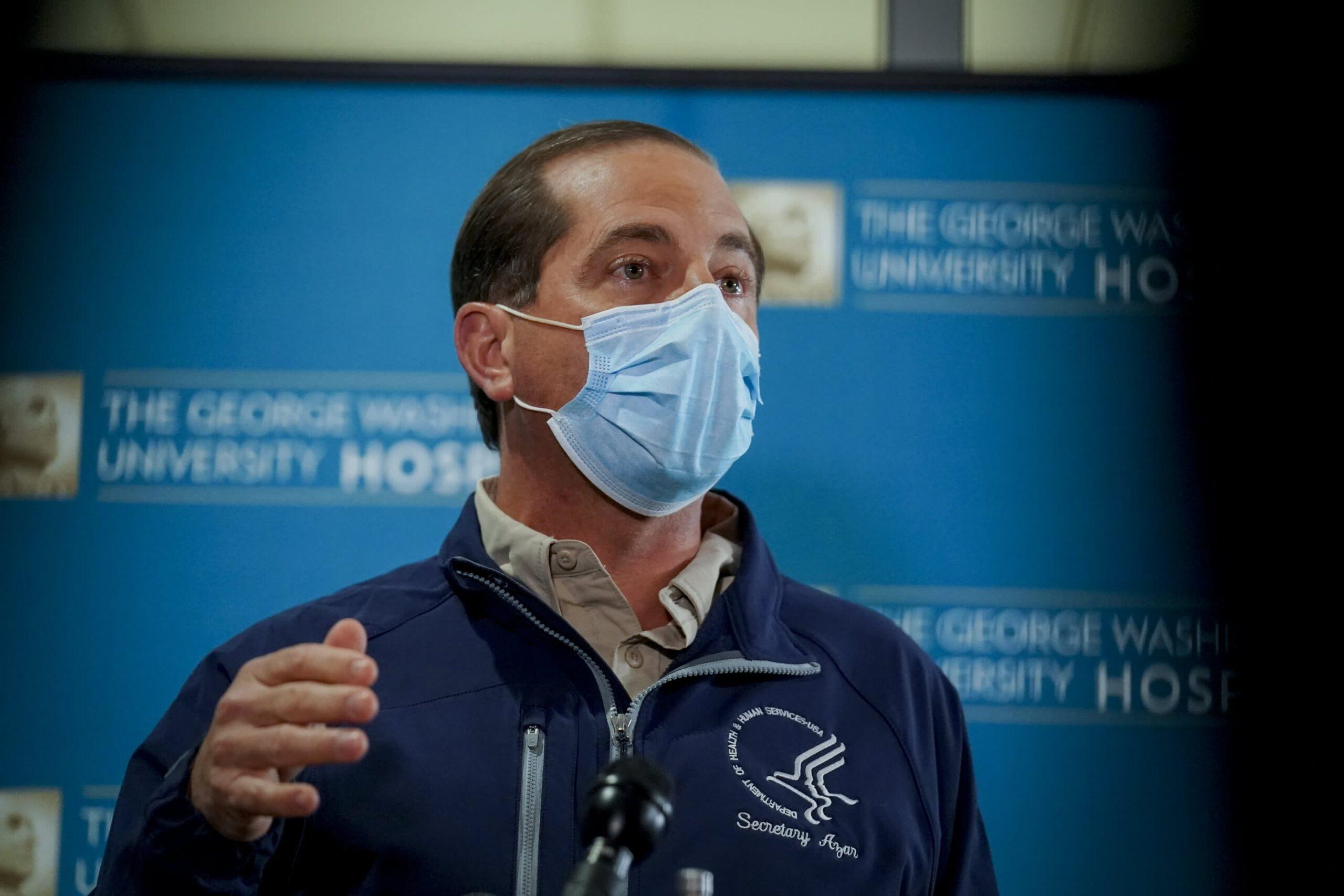 The Department of Health and Human Services on Friday published a sweeping new report on the state of the U.S. Covid-19 outbreak, releasing data that was previously available only to government employees.

The new “community profile report” uses data collected by various agencies, including the Centers for Disease Control and Prevention, and in the HHS Protect system to show the severity of the outbreak across different states and even counties. The first report shows that 35 states are “red,” an indication of a severe outbreak.

The report also calls out “select high burden” areas, where daily new cases are rapidly rising along with the percentage of positive tests. Nashville, Tennessee; Tulsa, Oklahoma, and Somerset, Pennsylvania, for example, are among the high burden areas in the first report.

The report also identifies “rapid riser counties” and displays several heat maps that convey varying statistics used to determine how bad the local outbreak is getting in counties across the country. It tracks mortality rates, percentage of positive tests, and Covid hospitalizations, among other variables.

It’s the most comprehensive picture of the U.S. outbreak made public by the federal government since the virus began to spread across the nation about nine months ago. It’s a reminder that such data was withheld from the public for months while it was distributed among federal and some state officials.

Jose Arrieta, who served as chief information officer for HHS when the government launched HHS Protect, the agency’s warehouse for Covid-19 hospital data, said the new report is “certainly a step in the right direction” toward transparency. Arrieta resigned in August.

“A number of folks within the agency, including myself when I was there, were pushing for transparency,” he said in a phone interview Friday. “I certainly applaud the fact that the data is being shared.”

Dr. Janis Orlowski, chief health care officer at the Association of American Medical Colleges, serves on the working group formed by White House health advisor Dr. Deborah Birx to improve HHS Protect. She said that she and other members have been pressing in recent weeks for more of the data to be made public.

HHS spokeswoman Katie McKeogh said in a statement to CNBC that at least some of the data existed in one form or another in scattered reports but this new report brings it all together.

“As you know, there are different reporting processes across the local, state, and federal levels, and it took time and effort to create consistency across these systems to present the data as you see it today,” she said in a statement to CNBC. “This report has been extremely valuable to the federal response, and we hope that it will also be helpful to state and local public health departments, hospitals, businesses, and the public.”

Much of the data contained in the report has been distributed by the White House coronavirus task force to governors and state officials to guide local Covid-19 strategy. Many of the reports, which often paint a more dire picture of the state of the outbreak than federal officials do in public remarks, have been obtained by reporters.

The new public reports are a substantial step toward transparency in a federal response that has been marked largely by its opacity when it comes to data collection.

“We hope the publication of this data will help Americans make personal choices to slow the spread,” a group of federal officials who championed the report said in a statement titled “Our Data is Your Data.” The group includes Heather Strosnider, co-lead for integrated surveillance at the CDC; Kelly Bennett, co-lead for integrated surveillance at the office of the Assistant Secretary for Preparedness and Response; Amy Gleason of the U.S. Digital Service and Kevin Duvall, deputy chief data officer at HHS.

“HHS believes in the power of open data and transparency,” they wrote. “By publicly posting the reports that our own response teams use and by having others outside of the federal response use the information, the data will only get better.”

A federal clash over data transparency began this summer, when the CDC’s data infrastructure proved inadequate to meet the demands of the Covid pandemic. Federal officials needed daily data on the number of Covid patients in each hospital, for example, in order to make potentially life-saving decisions about the distribution of scarce resources.

Rather than working to quickly overhaul the CDC’s system, HHS moved this summer to launch a new data collection system called HHS Protect, with the help of federal contractors, including Palantir. While many in public health acknowledged the limits of the CDC’s data collection system, some viewed it as a move by the Trump administration to sideline the CDC in the midst of a crisis.

Orlowski said the detail of the new public report is a demonstration of what HHS Protect is capable of and is a testimony to the progress made by the U.S. in public health data collection during the pandemic.

“Never waste a crisis,” Orlowski said. “As long as we’re not increasing the burden on the hospital, I think that’s what we need to continue to do.”