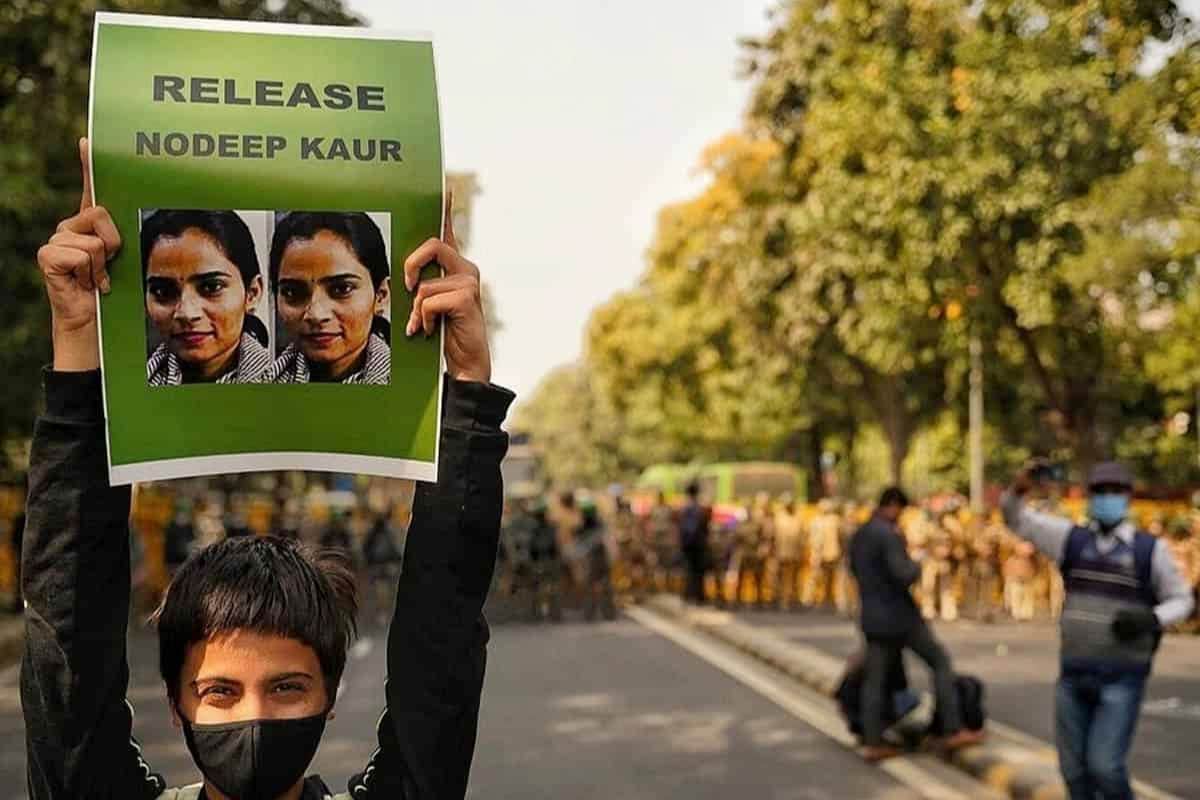 Kaur, lodged at Karnal jail in Haryana, is facing three cases that include charges of attempt to murder and extortion.

Taking suo motu notice of the matter pertaining to jailed labour rights activist Nodeep Kaur, the Punjab and Haryana High court has issued a notice of motion to the Haryana government, seeking its reply by February 24. Kaur, lodged at Karnal jail in Haryana, is facing three cases that include charges of attempt to murder and extortion.

The 23-year-old activist is a member of the Mazdoor Adhikar Sangathan and is a resident of Giadarh village in Punjab’s Muktsar district. Along with others, she was arrested for allegedly gheraoing an industrial unit and demanding money from the company in Haryana’s Sonipat district on January 12, the Haryana police had earlier said.

While taking up matter through video conference on Friday, Justice Arun Kumar Tyagi observed, “Complaints dated 06.02.2021 and 08.02.2021 have been received through e-mail regarding illegal confinement of Nodeep Kaur, Dalit Labour Activist by the Haryana Police.” Haryana’s Additional Advocate General Ranvir Singh Arya accepted the notice of motion. The next date of the case has been fixed for February 24.

Notably, Punjab Minister Aruna Chaudhary on Thursday had urged the National Commission for Women (NCW) to intervene and ensure Kaur’s release. Social Security, Women and Child Development Minister Chaudhary had appealed to the NCW that the Punjab government, through the State Women’s Commission, would lend legal assistance to Kaur.

The Punjab State Women Commission on Thursday had sought a status report from the Sonipat Senior Police Superintendent by February 15 in Kaur’s matter.