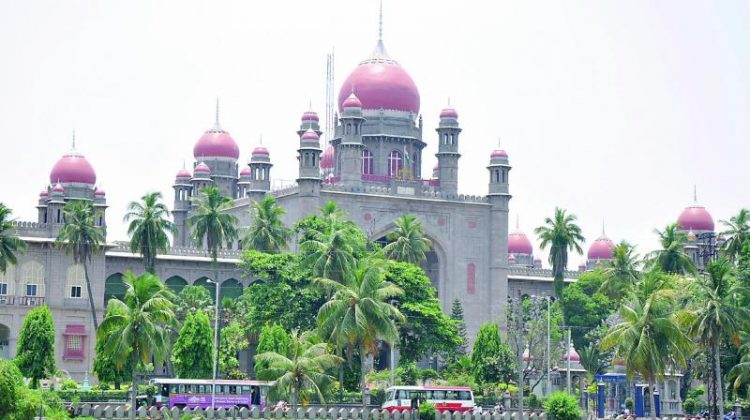 Hyderabad: The Telangana High Court has pulled up the state government for its “vexatious conduct” of repeatedly attempting to claim ownership of land parcels in Survey No 80 of Hafeezpet in the city, and categorically declared that it has no right, title or interest on them.

In series of judgments on these lands in the recent past, the division bench comprising Justices M.S. Ramachandra Rao and T. Amarnath Goud directed the authorities concerned to mutate lands in favour of individuals or companies, grant building permission, allow registration or conduct surveys in Survey No. 80. All these were being rejected by the authorities who claimed that it was government land.

The landmark judgments will provide relief to thousands of property owners in residential colonies of Hafeezpet and surrounding areas, who accused the authorities of making a killing by permitting a few constructions and denying permission to many others.

“When we sought justice in the High Court, the government did not even bother to file counter affidavits for years, causing obstruction of justice,” alleged a resident.

In a case involving Greater Golkonda Estates Pvt Ltd, the High Court referred to a delay of 38 years by the government in challenging the preliminary decree passed in CS No 14 of 1958 and the courts including the Supreme Court, dismissing its claims.

“Thus, the state’s claim to the lands covered by the preliminary decree in CS 14 of 1958 including Hafeezpet village has failed and at this point of time it is not open to the state of Telangana to set up any claim to the land in Hafeezpet village,” said the High Court, while directing the government to carry out a survey to settle a border dispute with neighbouring Kondapur.

The Supreme Court in an order last Wednesday said it saw no reason to interfere in the High Court order and directed the government to conduct a survey within four weeks.

In another case, the High Court dismissed the claims of the Wakf Board over the ownership of 50 acres in the same survey number. In Sai Pawan Estates vs State Wakf Board, the division bench said that as per rules the Wakf created before the commencement of Wakf Act 1995 should be registered within three months after the Act came into force.

However, the Wakf was claimed to have taken place in 1955 for part of Hafeezpet land, but it was registered under the Act in 2013, the court pointed out.