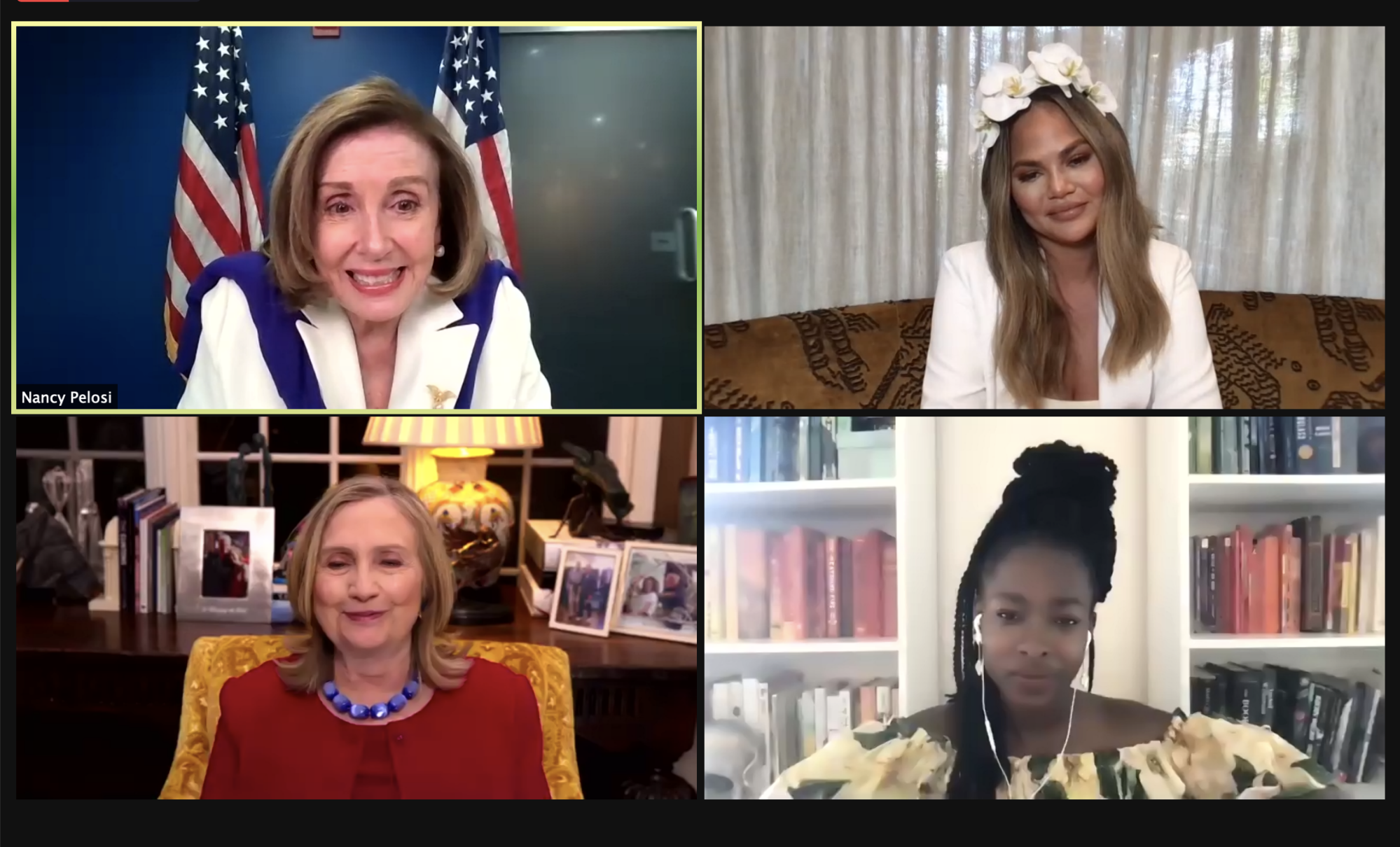 Hillary Clinton, the former secretary of state and the first woman to be a major party’s nominee for president, spent part of International Women’s Day with her friend Chrissy Teigen.

Teigen introduced Clinton and Speaker of the House Nancy Pelosi during a virtual conversation moderated by poet Amanda Gorman. The event was organized by Clinton’s nonprofit organization Onward Together, which she launched in 2017, to advance progressive values and encourage people to organize and run for office.

“I’m really delighted to be introduced by Chrissy because we are friends, and one of the very last events that I got to go to before everything shut down, was a dinner with her and [Teigen’s husband] John [Legend], and it was so much fun.”

“She’s a champion for social justice and women’s rights. She’s a cookbook author. She’s a great mom, and she’s a national treasure on social media for anybody who hasn’t had that experience,” Clinton said.

Clinton continued, “And I also want to thank her for her generosity, really, of heart and sharing her experience with loss and grief. It really meant so much to so many who have reached out on social media and other places to say that she made them feel like they weren’t alone, and that’s one of the great gifts that we can give to one another so thank you my friend. “

Teigen has been open about the fact that, in September, she miscarried a baby boy she and Legend had planned to name Jack.

She and Clinton have shared their mutual admiration many times in the past.

Clinton also applauded Gorman and Pelosi, as she and Pelosi fielded questions from an estimated 6,000 people calling into the Monday afternoon Zoom event.

She shared a tip, too, for avoiding a situation that she and the speaker encountered, in which the woman says something and is ignored only for a male colleague to be praised for saying the same thing later.

“I really encourage other women to repeat what one woman said,” Clinton advised. “So, for example, if I’m at a table with Nancy — it doesn’t happen to her anymore, because she is the speaker with the gavel — but in the old days if she were to say, ‘What about?,’ I think you jump in and you say, ‘I think that’s a really good point that Nancy’s making. What do you all think?'”

She explained it forces the attention onto the woman who had the idea in the first place.