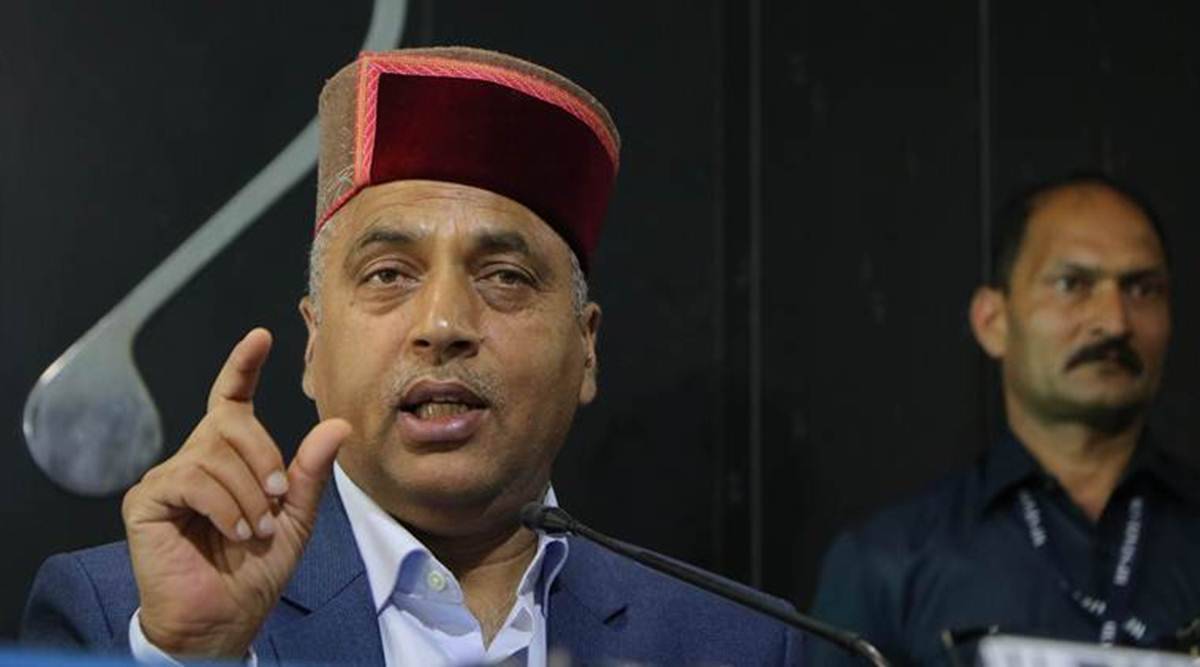 Social gatherings in Himachal Pradesh have been restricted to a maximum of 50 people in view of the Covid surge in the state, Chief Minister Jai Ram Thakur said on Saturday. The state government has also reduced the weekly workdays of government employees.

Thakur said that the Central government has sanctioned seven oxygen plants for Himachal, and district authorities have been asked to rope in private hospitals and laboratories for Covid testing and treatment. “Senior doctors have been directed to make at least three rounds of Covid wards to instil confidence in patients,” he said.

According to the evening Covid bulletin, Himachal currently has 8,183 active cases, a majority of them in Shimla, Mandi, Kangra and Kullu districts. The total case tally in the state is 38,515, including 609 deaths. On Friday, the state reported 830 new cases.

Over 31k challans for not wearing masks

DGP Sanjay Kundu said that the state police has so far registered 2,227 cases for curfew, lockdown or other Covid-related violations since the start of the first nationwide lockdown in late March. As many as 31,317 challans have been issued for not wearing a mask and the violators fined a total of Rs 1.24 lakh. Preventive action has been taken against 2,304 people and 1,934 vehicles seized for violation of Covid guidelines.

So far, 1,339 police personnel in the state have tested Covid positive out of whom 978 have recovered, 360 are still suffering from the disease and one person has passed away, Kundu said. He added that police officials have sensitised 3.70 lakh people to Covid behaviour and precautions, and nearly 23,000 hoardings and posters put up at various public places to spread Covid-related awareness.