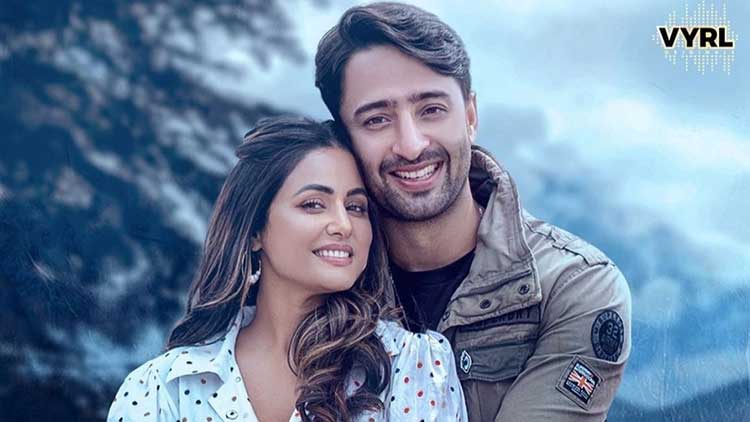 Actress Hina Khan is seen in back to back music videos. Recently his music video Patthar Vargi” was released, where his song is speaking to the heads of the people, while today he has also announced his next upcoming music video, titled “Rains Bana Janaa”.

In this song, Hina’s opposite handsome actor Shaheer Sheikh will be seen. Fans are excited to see the fresh pair of Shaheer and Hina on screen, this is the first time the two are coming together for a project.

Actress Hina Khan has also released a first look poster, announcing the song “Rains Ban Jaana” on social media. Sharing the first poster, Hina wrote in the caption, “Get ready for another beautiful monsoon melody from Rains Makers. #RainsBanjana will be released on June 3.”

Shaheer Sheikh, while sharing the song’s poster, wrote, “Let this monsoon be of love. #BaarishBanJaana is releasing on July 3 on @vyrloriginals. How active are you guys?” Talking about the poster, Hina and Shaheer are seen in the romantic style between the hills and the plaintiffs.

The two look very cute together. Please tell that the song has been shot in Kashmir. This upcoming song is sung by Payal Dev and Stabin Ben and its lyrics are given by Kunal Verma. While Aditya Dutt has directed it.

Back to Top
Close Add post
X
Jacqueline Fernandes is back again with Badshah for the song ‘Paani Paani’, First lookou…EntertainmentJacqueline Fernandes and Badshah created magic last year with their song 'Genda Phool' which became the 4th Most watched video on You Tube across the …