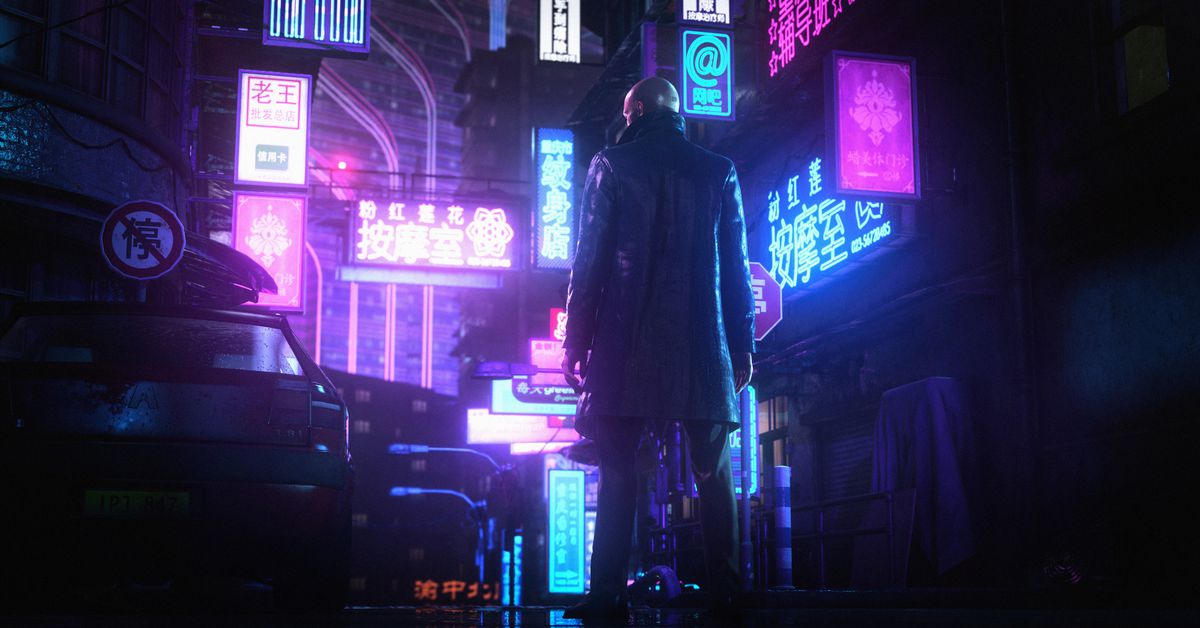 To the casual onlooker, the Hitman series appears to be about embodying a master assassin, one who can assume a disguise with ease and dispatch a target using virtually any object in the room. A hairless John Wick, if you will — if John Wick ever used a silenced pistol and actually took the time to stuff his victims’ bodies into conveniently located and inexplicably empty storage closets. But that isn’t actually what the Hitman games are about, at least not anymore.

The new Hitman games, starting with developer IO Interactive’s episodic 2016 reboot and culminating with the third and final game in the “World of Assassin” trilogy, are about accessibility. Specifically, they’re about teaching a terrible assassin to become a better one, and eventually a legendary killer. This is a series with a complexity curve that starts out small and steady and eventually ends up at the rooftop of the world’s largest skyscraper, one you might conveniently nudge someone off if you were trying to complete the new Dubai level’s “accidental kill” challenge.

The most demanding tasks in Hitman ask that you never be seen, that no body ever be found, and that you never don a disguise. You must become a ghost. But the beauty of the reboot trilogy is that IOI has meticulously crafted ways to teach even the most bumbling, haphazard players how to become Agent 47 in mind and body, so they can attempt those veteran-level challenges at their own leisure.

This is because Hitman games don’t focus on glorifying grisly murder sprees — for games ostensibly about killing people, they feature surprisingly little blood and almost no opportunity for sadism. Instead, they’re puzzle-solving exercises that invite players to master gameplay systems — planned paths and cause-and-effect mechanisms — and then exploit them. You’re effectively working against the game designers to undermine the carefully crafted sandboxes they’ve built to find all the most efficient and expedient ways to achieve in-game goals, no matter how many times you have to reload a save or flick a coin to make a security guard look the other way.

The designers have built the games with this rough experimentation in mind, and they’re eager to hold your hand through the process until the moment you feel comfortable going your own way and perhaps even surprising them with feats they never anticipated. I was pleased, but not surprised, to learn that a level I spent a dozen hours mastering earlier this week was just completed in less than 10 seconds by a speed runner, one who no doubt spent more time than I to achieve that level of mastery and knowledge.

Hitman 3 has essentially perfected this new player-friendly formula, building off the last two games’ sometimes meandering and experimental approaches. Hitman 1 was episodic, which I liked, but many longtime fans didn’t because it stretched out the game’s missions into a slow drip feed over many months. Hitman 2 improved on the design of the prior installment, and IOI released all the levels at once to satisfy the diehard fans’ desire to play at their own pace. But it still harbored the disjointed tone of its predecessor, seeming more like an extra-large expansion rather than a full-fledged sequel.

This third and final iteration in the reboot series, perhaps the last Hitman we get for a long while now that IOI is fittingly tackling a new James Bond game, feels like the most cohesive and balanced in the series. It marries the narrative meat of Hitman: Absolution — the rare Hitman game with an engrossing story — with the freedom and replayability of Blood Money, the entry most veteran Hitman players reminiscent about the most. It feels like a proper and fitting conclusion for Agent 47.

IOI has retained the same core structure as the previous two games. There are still six levels, some more expansive and complex than others, but pretty much all of which are large and overwhelming — at least at first. And every mission features a familiar set of challenges, feats, discovery tasks, and other completionist checklist items that can keep you busy on a single level for well over 10 hours of play time. You’ll still find yourself treading some familiar territory; I’ve lost count of how many times I’ve sprinkled emetic rat poison in a cocktail to earn some quality alone time with a target in the toilet.

The game also retains IOI’s excellent mission stories feature, which uses waypoints to turn a destination’s more complex assassination arcs into easy-to-follow in-game guides. These act as helpful primers on the flow of a level from start to finish and the kinds of character interactions you can expect to exploit for more sophisticated kills.

The mission stories often guide you through a level’s most unique assassinations, which is a nice gift to players who don’t like engaging in the aggressive, save scumming and trial-and-error obsessiveness those never-be-seen challenges require. There’s also a much-needed new shortcuts feature that lets you create quick pathways between a level’s more intricate areas to cut down on backtracking and repetition, which is another fantastic accessibility decision that helps encourage less seasoned players to try more challenging tasks.

One of the few notable departures in a game mostly centered on tight and welcome refinements is its surprisingly adept storytelling, more often an afterthought in Hitman games. The stronger narrative helps give you a more defined purpose in your assassinations by tasking you with the final destruction of Providence, the New World Order-esque secret society you’ve been stalking since the first game, now with the help of your childhood friend and Providence archenemy Lucas Grey.

The narrative is no longer loosely told through vague context clues and the occasional cutscene, which the past games stuffed in between missions and openly implored you to skip if you felt like it. Instead, it’s now front and center, with Grey a central character and temporary replacement for Agent 47’s longtime handler Diana Burnwood. There are also more story-driven starting points and mission story options that feel like proper canonical starts and ends to each level.

The general nuts and bolts of the gameplay haven’t drastically changed in Hitman 3, but there are quite a few clever touches that bode well for the direction I anticipate the studio is taking its new Bond game. For instance, you now have a spy camera, with which Grey can help you hack various environmental objects. There are also better hidden and more crafty secrets, like safe and keypad codes and computer terminals, that involve eavesdropping and clue hunting to make use of in a way that paints Agent 47 even more like an international super spy.

An early favorite of mine involved eavesdropping on a pair of security guards who tell of an evacuation protocol involving sabotage-ripe parachutes, but which requires you swipe a special keycard in two distinct locations within a certain time frame. The only hint the game gives you that this is even possible is in an assassination challenge card. The rest is for you to figure out on your own using in-game clues.

It’s those hidden gems in Hitman 3 you uncover on your own that make all the bumbling in the dark and accidentally hilarious failures worth it, because it means you’re plumbing the deeper depths of a level’s machinery and really unlocking how it all fits together. Succeeding at something you thought impossible — dispatching an entire floor of security guards silently and without a trace, so that only your target wanders the halls unaware of their imminent fate — makes Hitman such a memorable and darkly comedic experience, one that quite often revels in the absurdity of Hollywood espionage.

Players invested in the fate of Agent 47, Grey, and Providence find the final few levels of Hitman 3 really deliver on the story promises with some alarming twists and a satisfying conclusion. And those looking for the full ramp up from casual Hitman playing to borderline speed runner have a whole lot to work with here. But what makes me more excited is knowing IOI has nailed its formula for helping players improve and understand why it is they like to play games like this and how to get better at them. I can’t wait to see how the spirit of Agent 47 lives on in what they create next.

Back to Top
Close Add post
X
Every navigation app should have Cowboy’s air-quality ebike route feature…Tech NewsAir pollution is one of the world’s biggest silent killers. Poor air quality can lead to stroke, heart disease, lung cancer, and other chronic respira…

X
Increase streams to your podcast with this SEO optimized website builder…Tech NewsCredit: Austin Distel/Unsplash TLDR: The Podsite Podcast Website Builder builds an entire website around your podcast and even keeps everything automa…
close