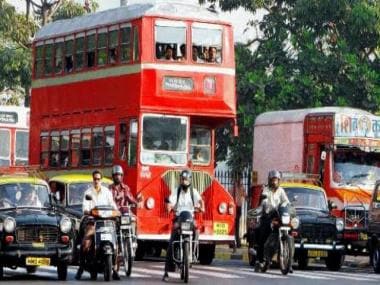 In case of municipal bodies, accountability must begin with assessing whether a particular project is necessary at all

Several large municipal corporations in the country have budgets which could be the envy of a small state government.

A case in point is the Brinhanmumbai Municipal Corporation, which announced a budget of Rs 33,000 crore for 2020-2021. But the question that arises is this — why is almost every civic facility in Mumbai in a sorry state, despite the BMC’s massive budget and huge staff strength?

The answer is not far to seek. An indication of the problem is the recent news that corporators rejected a proposal by the BMC to appoint a third-party auditor to perform quality checks on civic works. According to the proposal, institutions such as Veermata Jijabai Technological Institute, Sardar Patel College of Engineering, College of Engineering Pune and Certification Engineers International Limited were to be roped in to conduct the audits.

The reason cited for rejecting the proposal was that it will mean incurring additional expense, and that the civic body’s engineers are capable of monitoring the standards.

This raises a vital question – why aren’t such audits being carried out by the Comptroller and Auditor General? Legally, the CAG has the remit to carry out such audits. It spends considerable time and resources auditing Central Public Sector Units and Public Financial Institutions, which are only indirectly funded by the taxpayer.

For municipal corporations, the spectre of a CAG audit can bring about a level of accountability. In the absence of such accountability, corporators and civic officials can misuse public funds without any checks and balances.

We have seen how perfectly serviceable roads are ripped up and re-laid under ‘concretisation’ plans. A concrete road surface is expected to last 30 to 40 years but in our cities, they start deteriorating after a couple of monsoons. The arrival of the monsoon causes dramatic deterioration of roads, despite the vast sums that are spent ‘repairing’ these roads.

In fact, monsoon repairs have become milch cows for the municipal bodies, while offering little actual relief to commuters. Building flyovers where none are needed is another perennial route that is taken. How many of us can walk on a footpath in our cities without having to step down on to the road to avoid ditches, accumulated rubbish piles, exposed cables, or overflowing drains? Even if all these are fortuitously missing, one will always find vehicles parked on footpaths. Obviously, our civic officials believe that footpaths are meant for everything except walking! And then, they also frequently rip up and then rebuild the footpaths!

The fundamental issue is the lack of accountability. Accountability is crucial in the functioning of any publicly-funded body. In case of municipal bodies, accountability must begin with assessing whether a particular project is necessary at all. This can apply to as small a thing as re-laying a footpath, and also to larger projects such as constructing bridges and public buildings.

In many countries, there is a clearly laid down stakeholder consultancy process. In several countries, building plans in residential areas are placed in the public domain for obtaining the views of the residents who will be affected by the development. If there is substantive opposition, such plans are shelved or modified.

No such process entailing public scrutiny of plans and budgets is in place in India. Our elected leaders decide on what is ‘good’ for the citizens.

A case in point is a ‘multi-storeyed underground parking lot’ being built in Thane. This used to be a playground where children used to play games and weekend markets were held for selling farmers’ produce. The most important thing was that this was an open, unpaved space, which helped rainwater percolation and drainage.

However, the municipal corporation subsequently decided to build a multi-storeyed underground parking lot there. The ground was fenced off and the excavation work began. This plot was reserved for a playground and the authorities accorded sanction for an underground parking lot without changing the existing use – the parking would be underground and the playground will be above the parking area! Local residents protested, saying that this could cause waterlogging, traffic congestion and that the place could also become a refuge for drug peddlers and other anti-social elements. Finally, a local resident went to the court. Lo and behold, the very next day, a group of corporators, cutting across party lines, visited the site and grandly declared that such worries are unfounded and that the underground parking facility will meet a crying public need. Following this visit, the work on the project gathered further momentum, presumably to present a fait accompli when the legal challenge comes up for hearing.

In a similar vein, at this very moment, a perfectly good promenade surrounding the central lake in Thane city has been ripped up with the stated aim of ‘beautifying’ it. This when the roads are in pathetic conditions, the state of municipal schools and hospitals is deplorable and the municipal transport is at breaking point for want of funds!

Another case in Mumbai is of a small lane in a quiet residential colony. This lane, perfectly serviceable, was ripped up a few years ago and re-laid with ‘paver blocks’ which upset the natural slope and drainage of the lane. This year, the civic body has again issued a notification that this lane is being ‘concretised’. This is a small lane where hardly any vehicles ply apart from the residents’ cars. The reasons are not far to seek – private fortunes are built out of public works in our country.

Who gets elected and why

In this context, one needs to consider the issues based on which corporators are elected. This author has witnessed an election where elderly voters in a low-income area were promised free trips to nearby pilgrimage sites after which they voted overwhelmingly for a candidate who was not competent.

An average corporator often has to collect funds for the political party which gives him the ticket. Such a person might use the opportunity to line his or her pockets too. To prevent such misuse of public funds, transparency in planning and execution of any project must be built into the process. This can be ensured through a robust public consultation mechanism as well as a public audit of every project – not merely the accounting ledgers of the corporation.

Equally, people have to actively participate in civic life. The first step in this direction is to go out and vote in municipal elections. This will go a long way towards ensuring that corrupt and non-performing candidates are held accountable during the election. Also, ‘mohalla committees’, which can be given a formal role in the consultation process, can be formed.

In the final analysis, it boils down to an alert citizenry which recognises that good governance can only be secured through eternal vigilance and active engagement with civic affairs.

This article was first published in Citizen Matters, a civic media website and is republished here with permission. (c) Oorvani Foundation/Open Media Initiative.