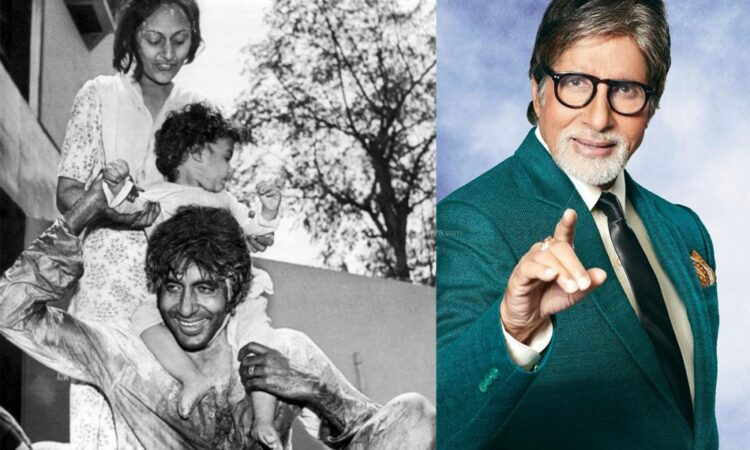 On the occasion of Holi 2021, legendary icon Amitabh Bachchan shared a throwback picture from years ago celebrating the day. It featured his wife Jaya Bachchan and son Abhishek Bachchan. The picture was in black and white. Both husband and wife were smiling in the image while his son Abhishek Bachchan as a toddler sat on his shoulders.

In the caption, the star wished everyone by sharing the lyrics of the Holi song sung by him. It read, “Rang barse bheege chunar wali rang barse ..HOLI HAI,” Before this, the star had also shared the picture of him from a night before for the Holika dahan  ceremony via his blog.

Apart from this, the star will soon be taking over the silver screens through his film Chehre. He is starring in the Rumi Jafri directorial alongside Emraan Hashmi as the other male lead. As the trailer of the film released, it garnered a lot of positive reviews. Chehre comes out on 0 April 2021.