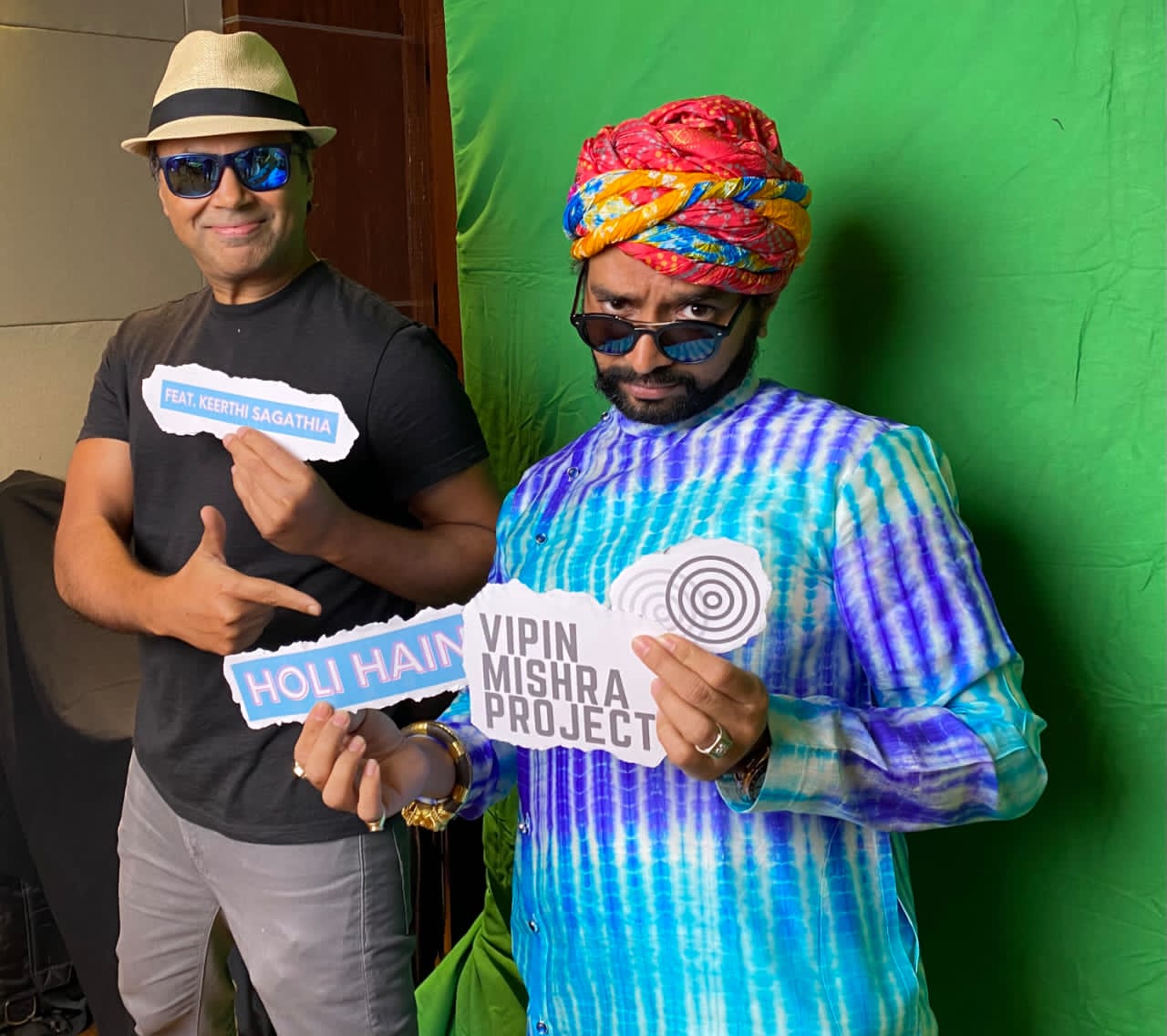 Vipin says “Keerthi and I have received a lot of appreciation and love from our audience in the past, be it film songs from Yash Raj Film’s ” Aurangzeb”, Let’s Dance, Aaloo Chaat or be it jingles for television commercials for Citibank, Hero, Ford. But this is our first and therefore special Indie release! Especially to cheer up all of us, since Holi won’t be the usual due to COVID, we thought let’s celebrate it with music and a groovy song that echo’s the spirit of Holi – of love, togetherness and fun. It’s lyric also touches upon how we all need to be inclusive as humans and how humanity binds us together”

Keerthi & Vipin are super excited to share their “Holi Hain” music video and single with you all!

Holi Hain is now streaming on The Vipin Mishra Project’s YouTube channel, and is now available at all music streaming platforms as well.