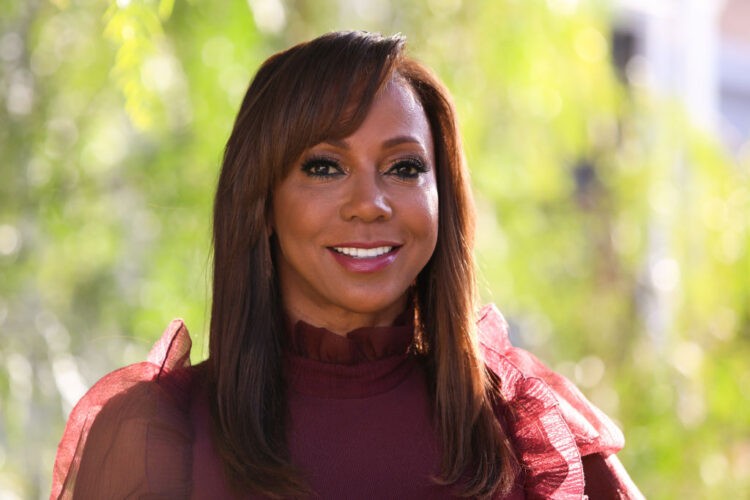 Holly Robinson Peete’s time on The Talk didn’t end well, but it didn’t turn her off of the genre. Quite the opposite.

“I would consider doing another talk show,” Peete tells Yahoo Entertainment. “I did one year of The Talk, and I was really in my element. Like, I was surprised how much at ease I was on live TV.”

But Peete’s tenure didn’t last long; the actress was fired from the CBS show in 2011, after its first season. Just last month, in the middle of the on-air fracas between current co-hosts Sharon Osbourne and Sheryl Underwood, Peete accused Osbourne of having called her “too ghetto” and having caused her to lose her job. Their former co-host Leah Remini backed her up. Osbourne denied the allegation, but she left the show after people came forward with additional accusations of racism.

Peete says now that she had some meetings about such a job when she departed the show, but she ended up being sidetracked with other projects.

“What I loved about The Talk,” the mom of four says, “was that I was able to talk about hot topics, parenting and being a mom, and I felt really good about that.”

The American Housewife actress already has co-hosts in mind.

“I would love to do a show with Leah Remini,” Peete says. “We had so much chemistry together.”

She also named a former co-host of daytime talker The Real as a possibility.

“I have to say Amanda Seales is somebody who intrigues me, because I’ve never seen someone spit truth like that in my life,” Peete says of the Insecure actress. “She’s so gifted at it. So she might be somebody that it’d be fun to sit next to.”

While talking TV, Peete also reminisced about 21 Jump Street, the show on which she had her breakthrough role and how it was “super ahead of its time.” See more in the video above.