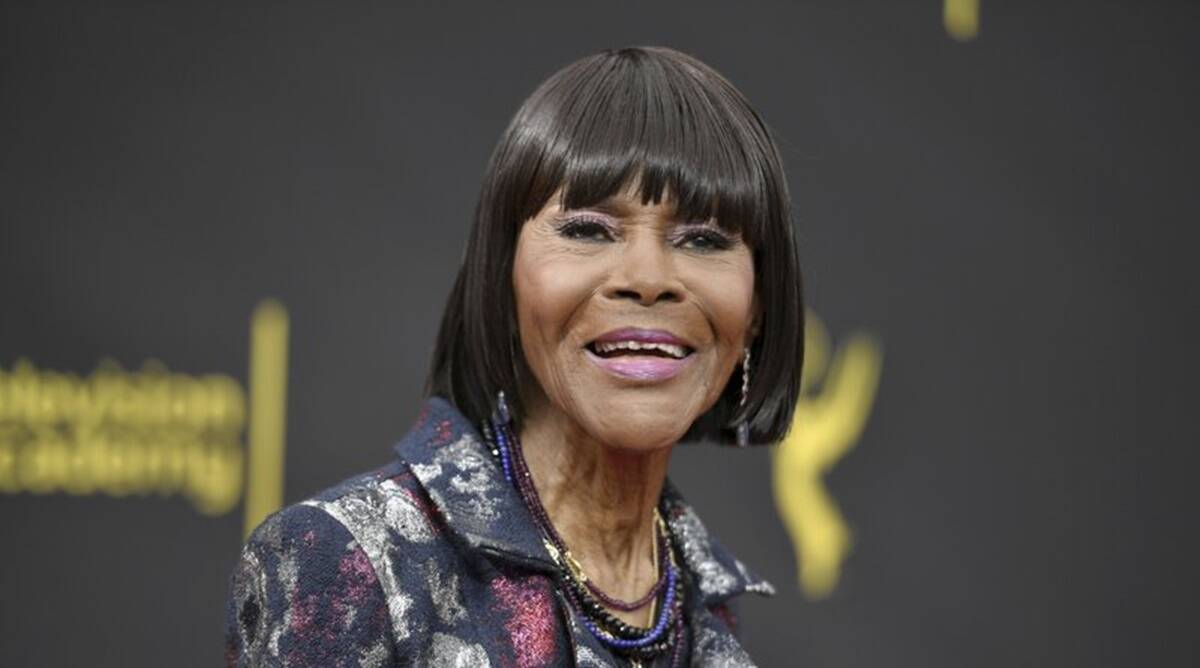 Cicely Tyson, the pioneering Black actor who gained an Oscar nomination for her role as the sharecropper’s wife in Sounder, won a Tony Award in 2013 at age 88 and touched TV viewers’ hearts in The Autobiography of Miss Jane Pittman, died Thursday at age 96.

Tyson’s death was announced by her family, via her manager Larry Thompson, who did not immediately provide additional details.

“With heavy heart, the family of Miss Cicely Tyson announces her peaceful transition this afternoon. At this time, please allow the family their privacy,” according to a statement issued through Thompson.

A onetime model, Cicely Tyson began her screen career with bit parts but gained fame in the early 1970s when Black women were finally starting to get starring roles. Tyson refused to take parts simply for the paycheck, remaining choosey.

“I’m very selective as I’ve been my whole career about what I do. Unfortunately, I’m not the kind of person who works only for money. It has to have some real substance for me to do it,” she told The Associated Press in 2013.

Tributes from Broadway and Hollywood poured in, including from Broadway star Tracie Thomas, who thanked her for paving the way. “A queen and a trailblazer indeed,” she wrote on Twitter. Former co-star Marlee Matlin wrote: “She was a consummate pro and all class.” Director Kenny Leon added: “God bless the greatest and the tallest tree.”

Tyson’s memoir, Just As I Am, was published this week. 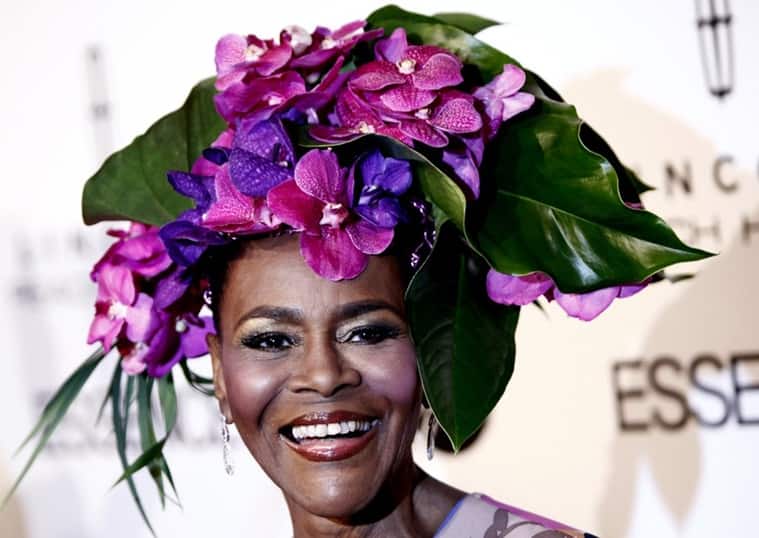 Cicely Tyson’s memoir Just As I Am was published this week. (Photo: AP Photo/Matt Sayles, File)

Besides her Oscar nomination, she won two Emmys for playing the 110-year-old former slave in the 1974 television drama The Autobiography of Miss Jane Pittman. A new generation of moviegoers saw her in the 2011 hit The Help.

In 2018, she was given an honorary Oscar statuette at the annual Governors Awards. “I come from lowly status. I grew up in an area that was called the slums at the time,” Tyson said at the time. “I still cannot imagine that I have met with presidents, kings, queens. How did I get here? I marvel at it.”

Writing in “Blacks in American Film and Television,” Donald Bogle described Cicely Tyson as “a striking figure: slender and intense with near-perfect bone structure, magnificent smooth skin, dark penetrating eyes, and a regal air that made her seem a woman of convictions and commitment. (Audiences) sensed… her power and range.”

Sounder, based on the William H. Hunter novel, was the film that confirmed her stardom in 1972. Tyson was cast as the Depression-era loving wife of a sharecropper (Paul Winfield) who is confined in jail for stealing a piece of meat for his family. She is forced to care for their children and attend to the crops.

The New York Times reviewer wrote: “She passes all of her easy beauty by to give us, at long last, some sense of the profound beauty of millions of Black women.”

Her performance evoked rave reviews, and Tyson won an Academy Award nomination as best actress of 1972.

In an interview on the Turner Classic Movies cable channel, she recalled that she had been asked to test for a smaller role in the film and said she wanted to play the mother, Rebecca. She was told, “You’re too young, you’re too pretty, you’re too sexy, you’re too this, you’re too that, and I said, `I am an actress.’”

In 2013, at the age of 88, Cicely Tyson won the Tony for best leading actress in a play for the revival of Horton Foote’s The Trip to Bountiful. It was the actor’s first time back on Broadway in three decades and she refused to turn meekly away when the teleprompter told to finish her acceptance speech. Cicely Tyson’s death was announced by her family, via her manager Larry Thompson, who did not immediately provide additional details. (Photo: AP Photo/Matt Sayles, File)

″`Please wrap it up,′ it says. Well, that’s exactly what you did with me: You wrapped me up in your arms after 30 years,” she told the crowd. She had prepared no speech (“I think it’s presumptuous,” she told the AP later. “I burned up half my time wondering what I was going to say.”)

She reprised her winning role in the play for a Lifetime Television movie, which was screened at the White House. She returned to Broadway in 2015 opposite James Earl Jones for a revival of The Gin Game.

Her fame transcended all media. Wendell Pierce took to Twitter to praise Tyson as an actor “who captured the power and grace of Black women in America” and Gabrielle Union said “we have lost a visionary, a leader, a lover an author, an icon and one of the most talented actresses the world has ever seen.” Neil deGrasse Tyson called her “a force of nature unto herself” and Shonda Rhimes said “her power and grace will be with us forever.”

In the 1974 television drama The Autobiography of Miss Jane Pittman, based on a novel by Ernest J. Gaines, Tyson is seen aging from a young woman in slavery to a 110-year-old who campaigned for the civil rights movement of the 1960s.

In the touching climax, she laboriously walks up to a “whites only” water fountain and takes a drink as white officers look on.

“It’s important that they see and hear history from Miss Jane’s point of view,” Tyson told The New York Times. “And I think they will be more ready to accept it from her than from someone younger”

New Yorker film critic Pauline Kael offered her praise: “She’s an actress, all right, and as tough-minded and honorable in her methods as any we’ve got.”

At the Emmy Awards, Pittman won multiple awards, including two honors for Tyson, best lead actress in a drama and best actress in a special.

“People ask me what I prefer doing — film, stage, television? I say, ‘I would have done Jane Pittman in the basement or in a storefront.’ It’s the role that determines where I go,” she told the AP.

There is a moment in SOUNDER when Cicely Tyson’s character sees her husband returning home and she takes off in a full throttled run towards him……that moment is fueled by a deep love. I cannot stop thinking of that moment right now.

Cicely Tyson made her movie debut in the late 1950s with small roles in such films as Odds Against Tomorrow, The Last Angry Man, and The Comedians. She played the romantic interest to Sammy Davis Jr.’s jazz musician in A Man Called Adam.

She gained wider notice with a recurring role in the 1963 drama series East Side, West Side, which starred George C. Scott as a social worker. Tyson played his secretary, making her the first Black woman to have a continuing role in a dramatic television series.

She played a role in the 1968 drama The Heart Is a Lonely Hunter that was hailed by a reviewer as “an absolute embodiment of the slogan Black is beautiful.” In Roots, the 1977 miniseries that became one of the biggest events in TV history, she played Binta, mother of the protagonist, Kunta Kinte, played by LeVar Burton.

She also appeared on Broadway in the 1960s in The Cool World, Tiger, Tiger Burning Bright and other plays. Off-Broadway, she appeared with such future stars as Maya Angelou, Godfrey Cambridge and James Earl Jones in a 1961 production of French playwright Jean Genet’s The Blacks.

She won a Drama Desk award in 1962 for a role in the off-Broadway Moon on a Rainbow Shawl.

After her Sounder and Miss Jane Pittman successes, Cicely Tyson continued to seek TV roles that had messages, and she succeeded with Roots and King (about Martin Luther King) and The Rosa Parks Story.

She complained to an interviewer: “We Black actresses have played so many prostitutes and drug addicts and house maids, always negative. I won’t play that kind of characterless role any more, even if I have to go back to starving.”

She continued with such films as The Blue Bird, Concorde — Airport ’79, Fried Green Tomatoes, The Grass Harp and Tyler Perry’s Diary of a Mad Black Woman.

She won a supporting actress Emmy in 1994 for Oldest Living Confederate Widow Tells All. She was nominated for Emmys several other times, including for Roots, King, “The Marva Collins Story, Sweet Justice and A Lesson Before Dying.

In recent years, she was part of a panel discussion for Cherish the Day, an eight-episode OWN anthology series created and produced by Ava DuVernay. She played the mother of Viola Davis’ character on “How to Get Away with Murder.”

Tyson’s parents moved from the island of Nevis in the Caribbean to New York, where Cicely (her name was spelled early on as Cecily and Sicely) was born in 1924, the youngest of three children. When her parents separated, her mother went on welfare. At 9 Cicely sold shopping bags on the streets of East Harlem.

When she graduated from high school, she found work as a secretary at the Red Cross. Her striking looks prompted friends to advise her to take up modeling and that led to acting schools, theater, movies and television.

“My mother told me I could no longer live in her house because I was determined to be an actress,” she told an interviewer in 1990. “I said `OK,’ and I moved out.”

Cicely Tyson was married once, to jazz great Miles Davis. The wedding was held in 1981 at Bill Cosby’s home in Massachusetts, attended by show business notables. They divorced in 1988.

Tyson was never hard to spot. She tried to say no to wearing a terrifically large hat to Aretha Franklin’s 2018 funeral, only to be overruled by her designer. The hat would become a viral highlight.

“I never thought in my career that I would be upstaged by a hat! And I did not want to wear it,” Tyson said later. “I said, ‘I can’t wear that hat, I will be blocking the view of the people behind me, they won’t be able to see and they’ll call me all kinds of names.’ He just looked at me and said, ‘Put the hat on.’”

She came around, telling the AP she thought of the hat as homage to Franklin’s appearance at Obama’s inauguration.