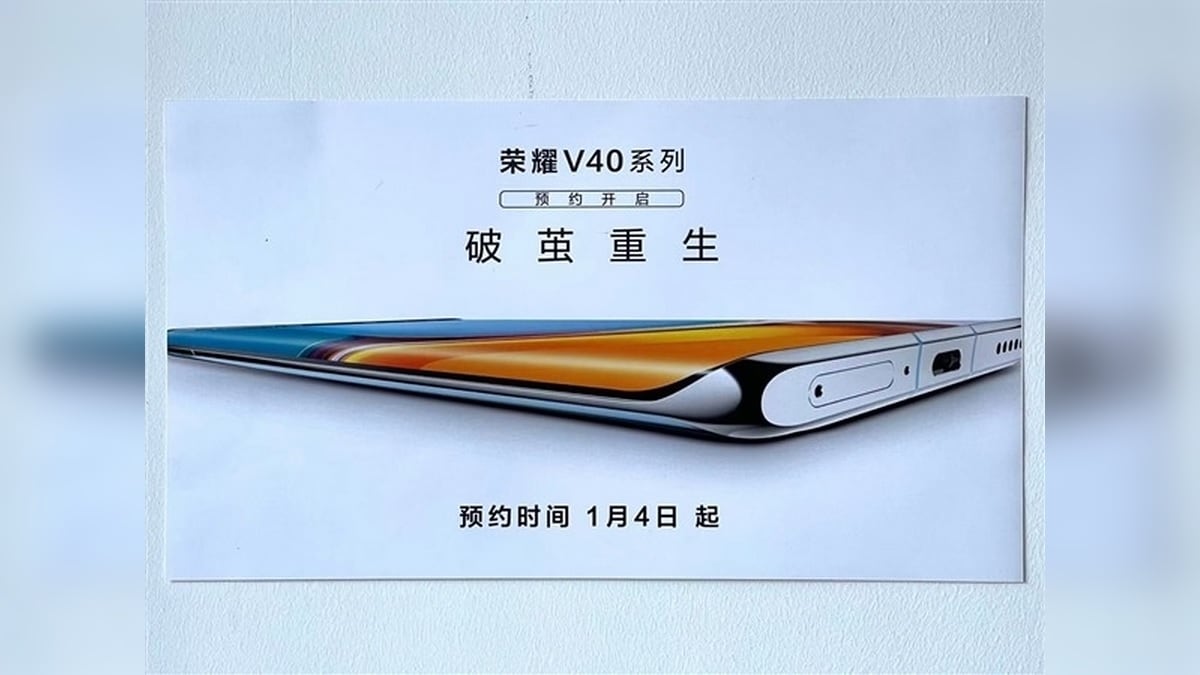 Honor V40 specifications have allegedly been leaked in their entirety. The phone has been in the news since October last year and was expected to debut towards the end of 2020, but that did not happen. Now, the specifications for Honor V40 have been leaked, suggesting that it will come with a quad rear camera setup, the MediaTek Dimensity 1000+ SoC, and a 4,000mAh battery, among other details. As of now, the company has not shared any information on Honor V40 and there is no launch date for it either.

According to Chinese publication MyDrivers, Honor V40 is expected to run Magic UI 4.0, based on Android 10. It may feature a 6.72-inch OLED display with 2,676×1,236 pixels resolution. It is expected to come with 120Hz refresh rate and 300Hz touch sampling rate. Under the hood, Honor V40 could be powered by the MediaTek Dimensity 1000+ SoC that will enable 5G. The phone may come with 8GB of LPDDR4x RAM and have two UFS 2.1 storage options – 128GB and 256GB, that can be expanded via a microSD card.

Honor has not officially shared any information on the launch of the Honor V40. It was earlier believed that the phone will be released in November 2020 but when that did not happen, reports claimed that it will launch in December 2020 instead.