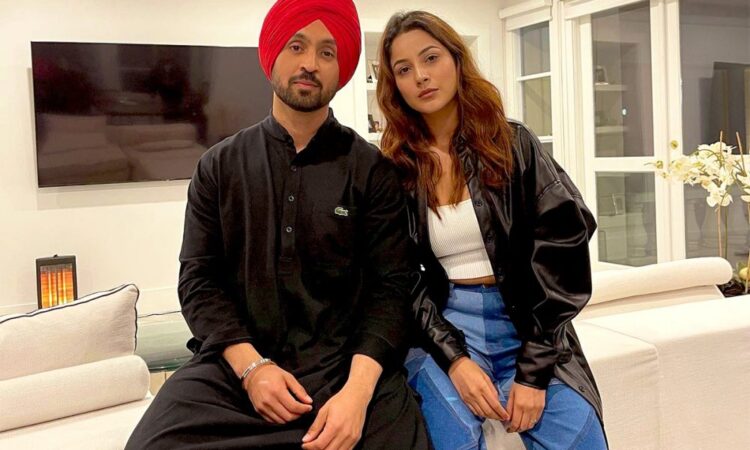 A new film starring Diljit Dosanjh, Shehnaaz Gill and Sonam Bajwa just got announced this year titled ‘Honsla Rakh’. It was being shot in Canada. The GOAT singer has now revealed that his team has finally wrapped the shoot for the film.

Along with this piece of news, he also shared some exclusive pictures with Shehnaaz Gill from the wrap party they organised. He captioned it, “Honsla Rakh Shooting Done.” He also took to his Instagram to share a glimpse of the party through a video.

See it all here:

The first look of the film was also shared during march where Diljit was seen gently holding Shehnaaz Gill who seems to play a character who is pregnant in the movie.

Honsla Rakh is scheduled to come out during Dussehra in theatres i.e. 15 October 2021.