Home EntertainmentGossips Hot Premiere: The Barbarian and The Troll 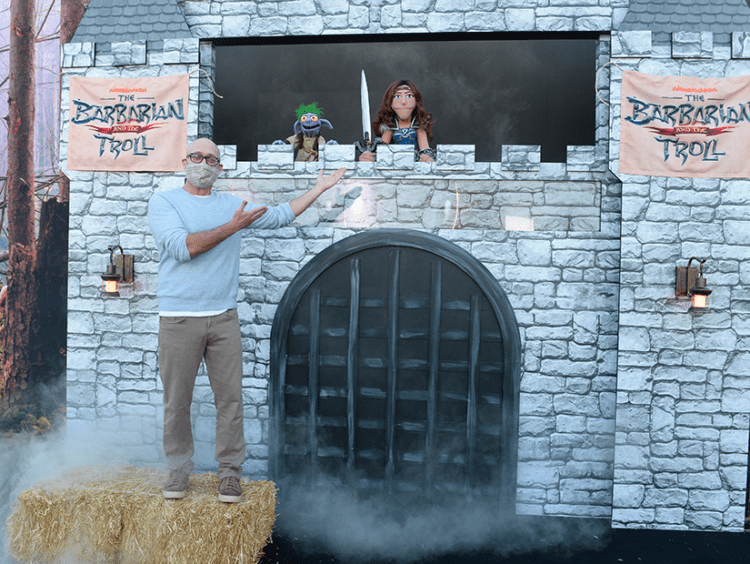 Co-Creator and Executive Producer Mike Mitchell (Trolls, The Lego Movie 2: The Second Part) celebrates the premiere of The Barbarian and the Troll Tuesday night at Nickelodeon’s drive-in screening premiere at the Rose Bowl in Pasadena. He was joined by the series stars themselves, Evan the Troll and Brendar the Barbarian, who greeted guests at they drove in for the exclusive screening & experience.

Evan, a spirited bridge troll in search of excitement and a place to perform his songs, finds adventure when he meets Brendar, a fierce female warrior on a quest to avenge an attack on her family. The Barbarian and the Troll premieres Friday, April 2, at 7:30 p.m. (ET/PT) on Nickelodeon.