House on Wheels season 2 keen on replacing Yeo Jin Goo with Im Siwan; Actor’s agency says ‘he is reviewing it’ 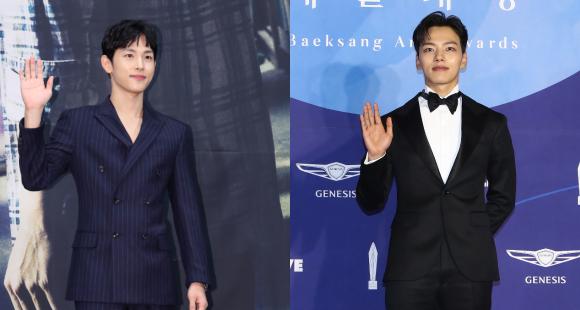 As per latest developments, House on Wheels season 2 has tapped on Im Siwan to replace Yeo Jin Goo on the show. The actor is reportedly reviewing the offer.

House on Wheels season 2 keen on replacing Yeo Jin Goo with Im Siwan; Actor’s agency says ‘he is reviewing it’

Just yesterday news broke that Yeo Jin Goo has stepped down from the upcoming season of House on Wheels. Citing schedule issues, the Hotel Del Luna opted out of the variety show. Now, reports emerged that another actor is already in talks for the Hotel Del Luna star”s replacement. According to Sports Chosun, Im Siwan has been offered to fill Yeo Jin Goo’s shoes on the show. The actor’s agency has confirmed that he has been offered the variety show.

“He has received the casting offer and is at the stage where he is reviewing it,” the agency said. If Im Siwan accepts the offer, it would the South Korean actor’s first variety show since SBS’s Micronesia special Law of the Jungle in 2014. As for Yeo Jin Goo, a source from his agency informed Star Today that the decision was unavoidable. “Yeo Jin Goo has made the unavoidable decision of stepping down from ‘House on Wheels’ season 2 due to filming for his drama ‘Beyond Evil,'” the insider said. The actor stars alongside Shin Ha Kyun in Beyond Evil.

While the actor’s replacement is yet to be locked, the new season of House on Wheels will see Sung Dong Il and Kim Hee Won return for the show. “Yeo Jin Goo is unable to join season 2 of ‘House on Wheels’ due to his schedule. We’re looking for another member,” a source from tvN informed the Star Today.

Do you think Im Siwan is an ideal replacement for Yeo Jin Goo? Let us know in the comments below.

ALSO READ: Yeo Jin Goo quips how one of his friends had no clue the actor was the voice of Young Sil when he saw Start Up