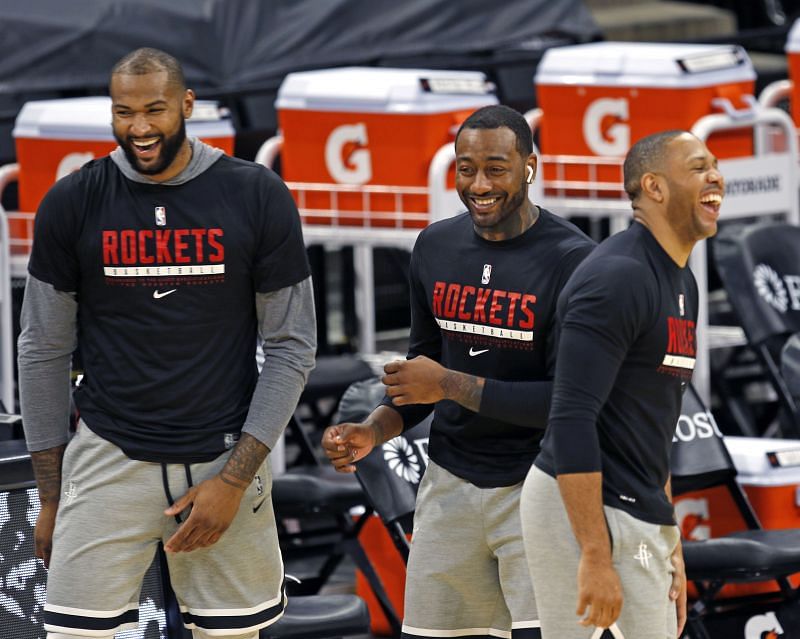 The all-new Houston Rockets face off against the Chicago Bulls on Monday in their first meeting of the 2020-21 NBA season.

Victor Oladipo is the newest Houston Rockets star set to make his debut against the Chicago Bulls.

Talking to the media, Oladipo said “Guys have been welcoming. … I’m blessed and fortunate to be here. My goal for this season is to win, and win and win some more. Exhaust my potential here.”

The 4-7 Houston Rockets have been struggling to find their footing this season due to the James Harden saga. But they will be eager to put that chapter behind them and get back on track by garnering a couple of wins.

All eyes will be on Oladipo, as he makes his debut for the Houston Rockets on Monday. In that regard, it will be interesting to see what the new Rockets lineup will be like for the rest of their campaign.

Meanwhile, the 5-8 Chicago Bulls are facing issues with consistency this season. The Bulls remain below .500 and don’t appear anywhere close to being a playoff contender.

Zach LaVine has been tearing it up for his side with the best average of his career but will need to do more in helping his team close out games in the fourth quarter. On a brighter note, the Chicago Bulls will play six of next eight games at home and should do better with home-court advantage.

Extracting too many insights from their previous loss to the San Antonio Spurs won’t be a fair assessment, as the Houston Rockets were still reeling with the drama around their four-team blockbuster trade.

The Houston Rockets lost that game 91-103, a low scoring affair by their standards, and they could only manage 38 points in the second half.

However, things will be different in their matchup with the Chicago Bulls, as they will feature former All-Star Victor Oladipo in their lineup. Nevertheless, the Rockets will aim to make a statement with a big win to put the Harden saga firmly behind them.

John Wall, Brodrick Thomas and Danuel House Jr. won’t be suiting up for their matchup with the Chicago Bulls though. DeMarcus Cousins and Eric Gordon have been listed as questionable for return, but there is a high probability that they may see action on Monday.

Victor Oladipo’s involvement in the blockbuster trade is a testament to his relevance in today’s NBA.

The player has an impressive resume, with selections to the All-NBA and All-Defensive teams in 2017-18. He did hit a rough patch with injuries but has made his comeback successfully.

This season, he is averaging 20 points, 5.7 rebounds and 4.2 assists for the Indiana Pacers in nine games. He has been shooting the ball at 42% from the field and 36% from beyond the arc. Oladipo has a lot left in the tank and will be hungry to make his mark for the Houston Rockets.

In their last outing, the Chicago Bulls got thrashed by the in-form Dallas Mavericks 117-101.

The Chicago Bulls shot the ball well from the floor but could not hold their nerves in the final stretch of the game. They failed to contain a determined Luka Doncic, who schooled them with a triple-double performance.

Zach LaVine has been steadily increasing his output over the past few seasons and has flourished this campaign.

The 2014-15 All-Rookie is producing All-Star-caliber numbers this season, which has attracted a lot of interest from around the league.

He did not have a good game in the Chicago Bulls’ loss to the Mavericks, managing only ten points on the night. However, he needs to get back to his old self on Monday against a new Houston Rockets team looking to take a win to get their season up and running.

The Houston Rockets will be eager to do well like the Nets were in their game against the Magic. While they won’t have a superstar like Harden in the lineup any more, they still have many players who can carry the franchise into the future. Oladipo and Wood could be the highlight of this game for the Houston Rockets.

Meanwhile, the Chicago Bulls are done with their road trip and find themselves back at home, where they would fancy their chances. Nevertheless, with emotions riding high in Houston, the Houston Rockets could take the win in this matchup.

Where to watch Rockets vs Bulls?

The local coverage of the game will be available on NBC Sports Chicago and AT&T SportsNet Southwest. Fans can also live-stream this matchup via the NBA League Pass.