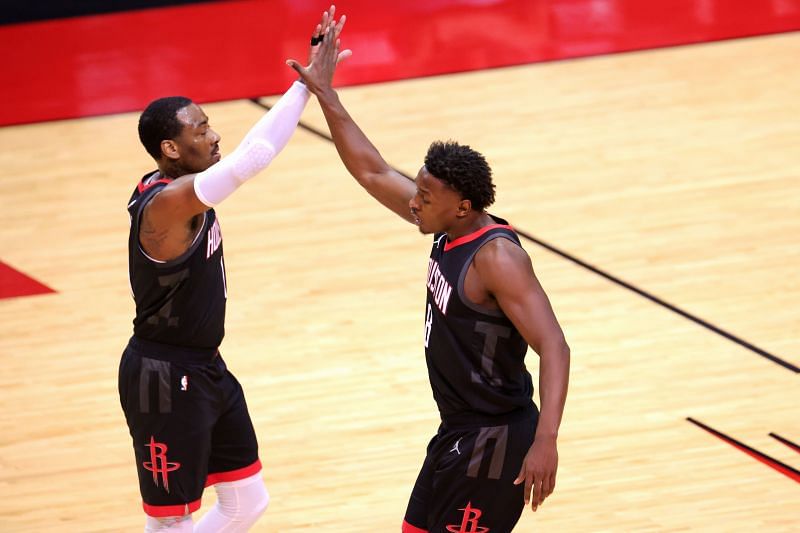 The New York Knicks had a comfortable 19-point victory in their last NBA match against the Washington Wizards. They now host a struggling Houston Rockets at the Madison Square Garden.

The New York Knicks have struggled offensively, and are currently 8th in the NBA Eastern Conference with a 12-15 record. Their recent acquisition of Derrick Rose means that they now have an able bench capable of turning the tide in their favor offensively. Julius Randle has been in terrific scoring form and is currently averaging 22.4 points, 11.1 rebounds, and 5.8 assists per game.

Meanwhile, the Houston Rockets have the best defense in the NBA but have struggled offensively as well. Their roster does not seem settled, although things are bound to improve as the season progresses. The Rockets have lost each of their last 4 NBA matches and will need DeMarcus Cousins and John Wall to bring about a change in fortunes.

The Houston Rockets have looked solid defensively, but their offense has struggled to get going in recent weeks. They were at the center of a long trade saga and have good offensive talent in their ranks as well.

Christian Wood has been consistent throughout, and has produced 22 points and 10.8 rebounds per game. His absence has been difficult for the Houston Rockets to cope with.

Victor Oladipo will be sitting out due to a foot injury. John Wall and P.J. Tucker are also questionable for the match against the New York Knicks, although the former is expected to feature.

Overall, the Houston Rockets have been unlucky with injuries of late and they come up against a rejuvenated New York Knicks.

Of course, New York Knicks have shown improvement in recent games and will be a stern test for the Rockets.

The New York Knicks have added in Derrick Rose a lethal weapon off the bench. He has scored 14 points in each of the two games he has featured in so far. Rose has shown flashes of his brilliance, dishing out 3 and 6 assists as well. Derrick Rose along with Immanuel Quickley and Alec Burks form an able bench that should be able to complement their starters better.

Mitchell Robinson is the one starter they will be missing, while Jared Harper and Frank Ntilikina are also expected to sit out. Regardless, in Julius Randle and RJ Barrett, they have the players who can certainly do the job against an injury-affected Houston Rockets team.

Julius Randle has thrived in a defensively-efficient New York Knicks lineup. The addition of Derrick Rose adds another supporting cast member, who can make a difference coming off the bench.

Julius Randle is producing impressive numbers and will be the one to watch out for, as far as the Houston Rockets are concerned.

The Houston Rockets have some key players missing in their roster, something that has affected them in the past few games.

The New York Knicks, on the other hand, have been bolstered by the inclusion of Derrick Rose. They will be looking to build on their victory against the Washington Wizards. The Knicks go in as the favorites to win this NBA matchup.

Where to watch Rockets vs Knicks?

The game between the Houston Rockets and New York Knicks will be telecast locally on MSG Network and the At&T SouthWest network. The game will also be streamed live on the NBA League Pass.