How high-end cameras and algorithms are making escooters safer 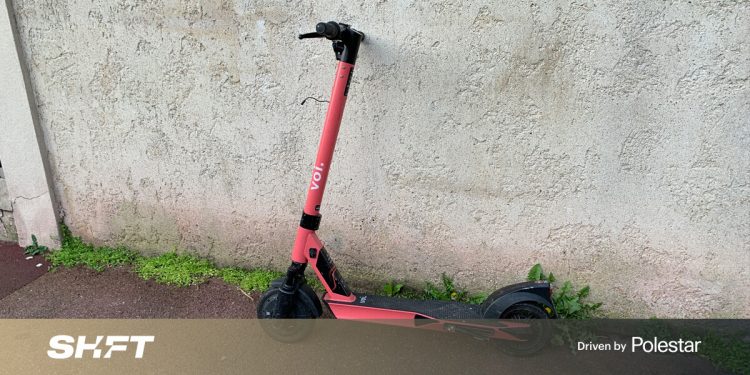 The firm has partnered with Irish tech startup Luna to implement the technology, which comprises high-end camera sensors.

Algorithms interpret input from these sensors, and the data is processed using edge computing – an approach where data crunching is carried out closer to the location it is needed to reduce latency.

The technology will also be able to detect the surface that an e-scooter is being ridden on, such as a bike lane or pavement, and adjust its speed accordingly.

Fredrik Hjelm, Co-Founder and CEO of Voi Technology, said: “We are embracing pioneering technology like this so that we can help shape cities for living, and to ensure that municipal authorities feel confident in including e-scooters as part of their smart city strategies.”

Trials of the new solution are currently underway in the UK city of Northampton, and the first phase will see local Voi staff fit scooters with the technology, so they can learn their environment.

Once this phase is complete, the technology will be integrated into Voi’s e-scooters for public use in the city.

Northampton’s e-scooter trial is part of a UK-wide government-led initiative to test the effectiveness of e-scooters in UK cities.

Last week Transport for London (TfL) launched a competition to determine which three e-scooter firms will take part in its trial, set to launch next spring.

Ensuring safety has become a critical feature of the UK trials, with e-scooter firms introducing features like one-second geofencing technology and artificial sounds to warn pedestrians.

UK motoring association The AA has also teamed up with German e-scooter firm TIER Mobility to run road safety lessons, where e-scooter riders will be taught how to operate and park the vehicles and share the road safely with cars, pedestrians , and vulnerable users.

While the safety of e-scooters has come under heavy scrutiny in recent years, research by the Organization for Economic Co-operation and Development (OECD) has found they are not any more dangerous than other forms of micromobility, including bicycles and e-bikes.

Earlier this month, the Dutch government successfully piloted a safety feature designed to limit the speed of e-bikes on a four-kilometer stretch of bike lanes at Schiphol airport, Amsterdam.

Using digital technology, the motor of the e-bikes cuts out when the devices enter built-up areas.

The non-profit Townmaking Institute, which is behind the concept, is working with e-bike firms and government authorities with the expectation that the technology could be rolled out by 2022.

Discussions over the use of the technology are most advanced with the municipality of Amsterdam, but the provinces of Gelderland and North Holland are also said to have shown an interest.

The standard e-bike reaches speeds of 20-25 km/h, but faster-advanced models can reach 80 km/h.