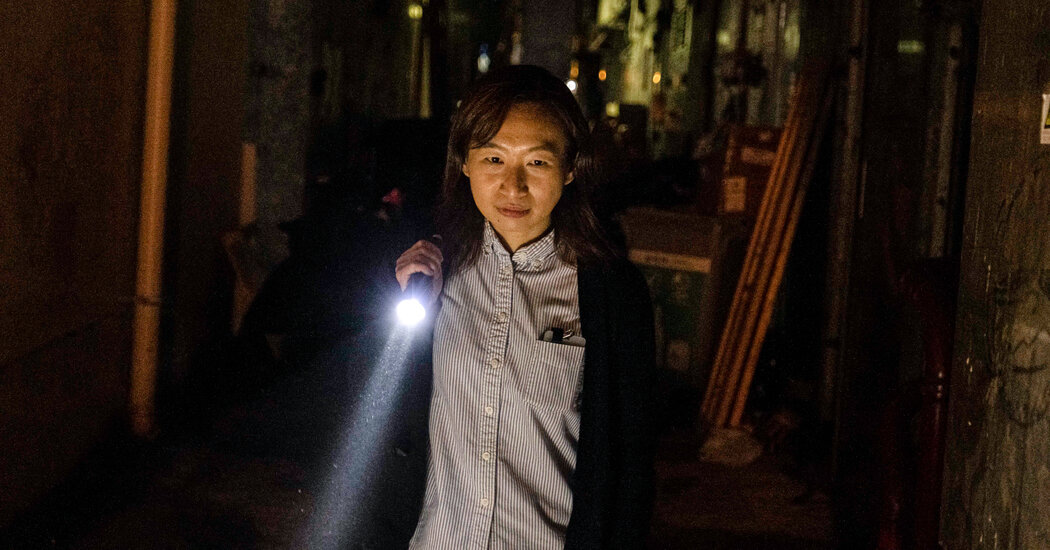 HONG KONG — Some days, Cathy Yau wanders down dark alleys looking for rats to poison. Other days, she helps food banks deliver meals to older people. Often her phone rings with calls from constituents: neighbors asking about their rights during a police stop-and-frisk, or how to best navigate the city’s welfare bureaucracy.

Such is life for a Hong Kong district councilor.

“I do things that nobody’s directed you to do, but which no one else would do if I didn’t,” she said.

Ms. Yau, a 37-year-old former police officer, is among the hundreds of pro-democracy candidates who were elected to local government offices in Hong Kong in November 2019 on a wave of anti-establishment sentiment that followed months of street protests.

As the political climate in Hong Kong has rapidly changed, the councilors’ advocacy for the Chinese territory’s fragile democratic institutions has made them the latest target of Communist Party officials in Beijing. In recent months, about 50 of the city’s 392 opposition councilors have been arrested on charges related to the 2019 protests, campaign finances and violations of a contentious anti-sedition law.

Since the passage in June of the national security law — legislation that grants Beijing broad powers to crack down on political crimes in Hong Kong — pro-democracy activists have been surveilled and arrested. In November, Beijing forced the ouster of four elected pro-democracy lawmakers from the city’s main legislative body, a purge that prompted the rest of the opposition to resign en masse.

The job of district councilor, the lowest rung of public office in Hong Kong, was never a particularly political position. Councilors typically tended to mundane neighborhood matters like pest control and the locations of new bus stops.

Now, they are the last line of defense in keeping the city’s pro-democracy opposition alive. And Beijing does not plan to make it easy.

“When the opposition walked out of the legislature, the district councils became one of the last remaining institutions that could voice public interests,” said Edmund Cheng, an associate professor of public policy at the City University of Hong Kong. “What happens to them will put to the test Hong Kong’s resilience as a pluralistic society and how it’s governed.”

Since taking up their posts a year ago, many district councilors have sought to redefine the office — with mixed results. They have boycotted meetings with senior officials, accused the city’s police chief of lying and extracted information about the surveillance infrastructure in their neighborhoods. In turn, government representatives have staged walkouts when the councilors tried to discuss political issues at meetings.

Next month, for the first time, all 452 district councilors will have to swear a loyalty oath, a new requirement under the national security law and the latest test for the remaining elected opposition leaders.

Some pro-establishment district councilors have grown impatient with the pro-democracy bloc’s tactics. “If they refuse to communicate with the government, are they still carrying out their duties?” asked Frankie Ngan, a pro-Beijing councilor. “I’m doubtful.”

The campaign by the pro-democracy councilors to take on the government underscores a sense that everything today in Hong Kong — from maintaining the streets to collecting garbage — is political.

Ms. Yau, the district councilor, works out of a cluttered office in the downtown district of Causeway Bay, a stone’s throw from Victoria Park. In the early days of the 2019 protests, she patrolled the neighborhood as a police officer. That June, Ms. Yau watched as a sea of protesters calling for democracy and police accountability streamed past, shouting: “Corrupt cops! Corrupt cops!”

At the time, Ms. Yau thought to herself: “This isn’t who I am. And if I didn’t have to work, I think I’d be marching with you.” As the police cracked down on the protesters that summer, she resigned, feeling disillusioned.

Tear gas and barricades have not been seen on the streets of Causeway Bay in more than a year, but the area still bears the scars of the protests. Holes in the pavement left as demonstrators removed bricks to throw at the police have been filled with concrete, creating a patchwork of red and gray. The streets remain devoid of trash cans after the authorities hauled them away when protesters used them to build roadblocks. Ms. Yau lobbied to have the trash cans returned, and the government replaced them with less imposing plastic bags.

Leung Ming-yu, a Causeway Bay resident who sells backpacks at a neighborhood street market, said he expected district councilors to prioritize serving residents’ everyday needs over politics. But he also said he was disappointed to see some establishment-backed officials “acting as yes-men” and approving costly government projects that did not benefit the community.

“Of course it’s a good thing to have a very competent councilor who can solve all of our problems,” Mr. Leung said. “But we want a genuine councilor, so we can feel like we have a higher level of participation.”

Ms. Yau said she had tried to walk the line between striving for democracy and making sure she can survive to work another day for her constituents. As a result, she has shied away from more sensitive political issues. When a group of fugitive Hong Kong activists were captured at sea last year by the mainland authorities — a case that touched a raw nerve in the city — she left the work to other lawmakers who had the institutional standing and resources to advocate for the activists’ rights in custody.

Despite the divisions between the pro-democracy and pro-establishment camps, Ms. Yau said she planned to focus on the little common ground the groups still share.

“Despite our clashes with the authorities in the council meetings, we still need to work with government departments on everyday issues,” she said. “I just hope to work on things that the authorities think make sense and that actually benefit the community.”