Home Entertainment How James Corden Convinced Paul McCartney to Do Carpool Karaoke: ‘I Just Wrote Him an Email’

How James Corden Convinced Paul McCartney to Do Carpool Karaoke: ‘I Just Wrote Him an Email’ 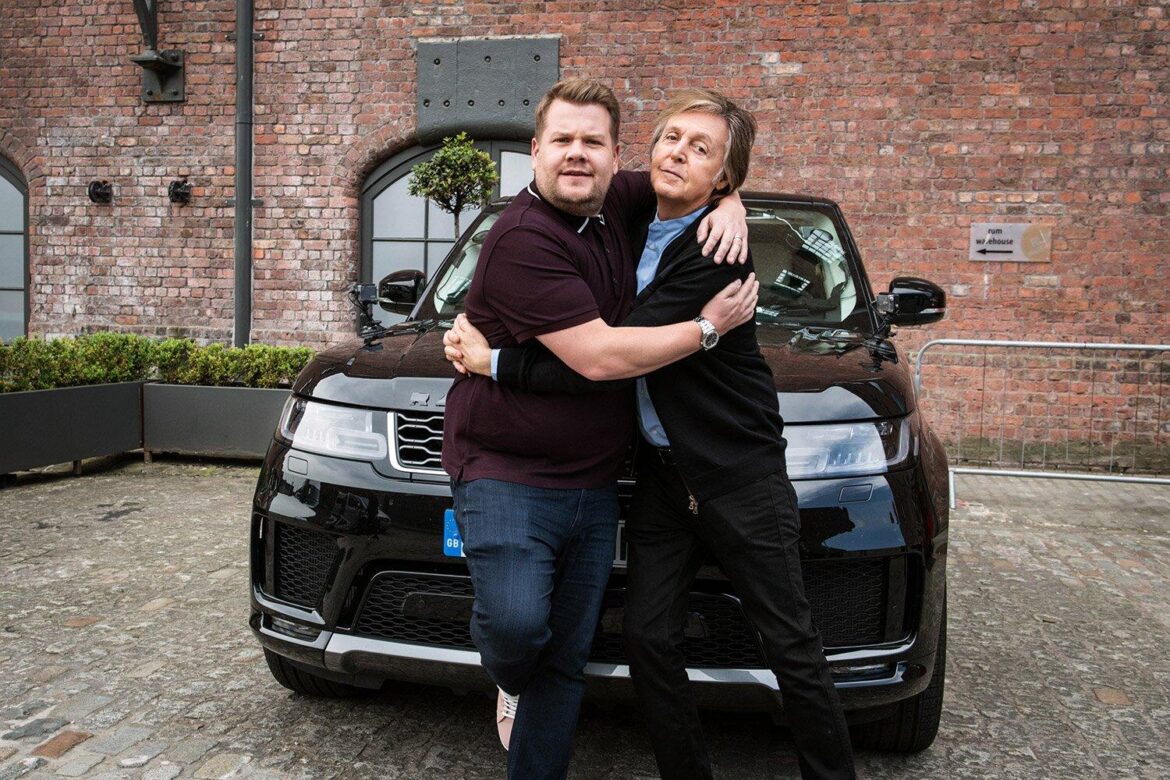 Getting Paul McCartney to do Carpool Karaoke was no easy feat for James Corden.

In a chat for The Paley Center for Media’s Paleyfest LA, sponsored by Citi and Verizon, the Late Late Night host revealed how he convinced the former Beatle to join him for his beloved segment in 2018, an experience Corden describes as “thrilling.”

After several back-and-forths of McCartney, 78, agreeing to partake and then getting “cold feet,” Corden, 42, received an email from the musician’s team a week before he was set to fly to Liverpool to film the iconic segment.

“I’ve never really done this before. Normally, I would always consult [with my team],” he says in the PEOPLE exclusive clip. “And I thought, I’m just gonna send him an email. And I just wrote him an email saying, ‘I think that this is unacceptable.'”

“I said, ‘I completely respect your decision not to do it but I need you to understand what the knock-on effect is for our show. We have flown people to Liverpool, scouting these locations for pubs, we just don’t have a budget that can sustain that sort of expense without a finished product,” Corden remembers writing. “Paul, I guarantee you, I promise you, this will be great. And the reason it will be great is because you’re Paul McCartney. You’ve written songs that mean more to people than any of us will ever, ever be able to comprehend. And I urge you to reconsider. But if you can’t, I respect it. But I would ask you to come and do something in return when we bring our show to London.”

The following day, McCartney circled back and confirmed that he was in. But the cold feet didn’t stop there — the morning of the shoot, McCartney asked to speak to Corden about a segment where he’d enter his original house in his native Liverpool.

“He said, ‘I don’t want to go into my house. He said I haven’t been there since I left,'” Corden shares. “‘I feel uncomfortable with it. I just don’t want to do it.’ And I went, ‘Paul your only day’s work today is to have a great time. That’s all that’s expected of you is to have a blast. And if you have a great time, this is going to work so don’t stress about anything.'”

RELATED: Paul McCartney and Family Will Release a Cookbook Filled with His Late Wife Linda’s Recipes

Corden was able to convince the legend to participate in the segment and he later got a thank you when McCartney’s album went No. 1 in the U.S, his first as a soloist ever.

“When the album went to number one that summer, he actually called me but I couldn’t pick it up because my daughter was in the bathroom. And I got a text saying, ‘We did it,'” Corden says. “Thank you for convincing me to do it. I had a blast and we’re all just immensely proud of it.'”

“So if I had to pick a moment, because of the journey that went on and then just how it felt that day and I never expected it to be as moving as it was, was singing ‘Penny Lane,’ driving down Penny Lane with Paul McCartney,” Corden adds.