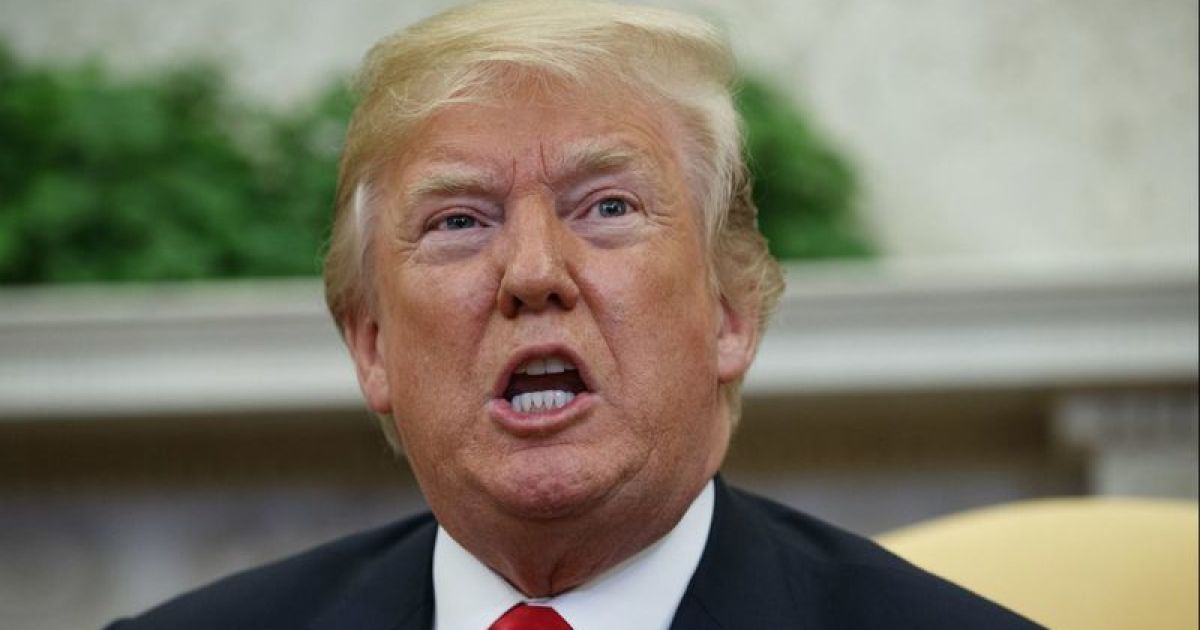 In the final days of his presidency, Donald Trump may have exposed himself to a criminal prosecution after he leaves the White House.

First he repeatedly pressured a state official to “find” enough votes to overturn his defeat in Georgia in the 2020 election. Then he incited a violent pro-Trump mob Wednesday to storm and ransack the U.S. Capitol in an unsuccessful attempt to prevent Congress’ counting of electoral votes confirming President-elect Joe Biden’s victory. Five people died in the rioting, including one Capitol Police officer.

Even after repeatedly pushing the limits of presidential power and surviving an impeachment, his last-ditch bid to hold on to power through intimidation and insurrection has dramatically increased the odds he will face a criminal investigation and possibly the first-ever prosecution of an ex-president.

Legal experts say only a criminal prosecution could hold Trump fully accountable for his actions.

Though the Democratic-led House is moving toward a possible second impeachment this week, chances of a Senate conviction of Trump — which would bar him from running for office again — remain unclear and would almost certainly occur only after he left office.

“The facts currently known warrant a criminal investigation of the president and others who were involved in inciting the insurrection at the Capitol,” said Mary B. McCord, a former Justice Department official and Georgetown University law professor. “Whether charges should be brought will depend on the results of that investigation and considerations of prosecutorial discretion, but accountability is important in the face of such grievous and dangerous abuses of power and privilege.”

But pressing criminal charges against a former U.S. president would take the nation into uncharted territory.

Federal law also makes it a crime to fraudulently tamper with the “tabulation of ballots.” In an hourlong recorded phone call Jan. 2, Trump pressed Georgia Secretary of State Brad Raffensperger to “recalculate” votes to make him the winner.

The Justice Department has long maintained that a president may not face criminal prosecution while in office because it would interfere with his duties. But constitutional experts say a former president has no such immunity.

The Supreme Court in the 1982 case of Nixon vs. Fitzgerald ruled an ex-president cannot be sued for damages for his official actions — in this instance, for the firing of a Pentagon whistleblower. But the justices have not confronted the question of whether an ex-president is shielded from being charged with criminal conduct committed while in office.

Until this month, many lawyers who were highly critical of Trump were nevertheless opposed to prosecuting him for actions he had taken up to that point in his tenure, such as allegations he obstructed justice in special counsel Robert S. Mueller III’s inquiry into Russian meddling in the 2016 election. They feared such charges would be seen by many as partisan and politically divisive.

But Trump’s use of his office to attempt to overturn his electoral defeat crossed the line for many.

“We have a long history, developed most recently from the aftermath of the Nixon administration, of keeping politics separate from federal law enforcement and not using the power of the federal government to investigate and punish one’s political opponents. That norm needs to be taken seriously,” said Elizabeth Wydra, president of the Constitutional Accountability Center, a progressive legal group in Washington.

“But Trump’s lawlessness is so blatant, and so threatening to our constitutional democracy, that letting him escape accountability could be even worse for the country.”

Randall Eliason, a former prosecutor who teaches at George Washington University, said he changed his mind about the wisdom of prosecuting Trump over the last two weeks.

“Generally we should be very reluctant to suggest that a new administration should prosecute an outgoing president for actions taken while in office. That’s routinely done in some other countries, but has never been done here,” he said. “If we are going to break that precedent, there has to be a very compelling reason. I think Trump’s actions in inciting the riot meet that standard. Not only are they outrageous and potentially criminal, but they have nothing to do with the legitimate exercise of his presidential powers. There’s no risk here that we would be criminalizing mere policy or political differences.”

Biden may not share that view. He said often during the campaign that he wanted to look forward, not back, and that he would leave any decision on whether to prosecute Trump to his attorney general. He has appeared cool to Democratic calls for a second impeachment.

Last week, Biden named veteran Judge Merrick Garland, a respected former federal prosecutor, to lead the Justice Department, which presumably will make any final decision about whether to prosecute Trump.

Rep. Adam B. Schiff (D-Burbank), a former federal prosecutor who led the Democrats’ 2019 impeachment, said the incoming attorney general will face a complex decision. “He’ll have to examine issues of proof. And he’ll have to consider the gravity of the offense and the need for the country to heal,” he said in an interview Saturday.

The acting U.S. attorney in Washington, Michael Sherwin, a Trump appointee, said his office is already building a criminal case around Wednesday’s attack, starting with those who stormed the Capitol.

“Those are the people that obviously breached the Capitol, created violence and mayhem there and then exited,” he told reporters last week. “But yes, we are looking at all actors here, OK? Not only the people that went into the building. All options are on the table.”

Trump has reportedly considered granting himself a pardon for any crimes he committed. Legal scholars are divided on whether the president’s power extends that far. Many predict such a move would backfire.

Trump would be seen as admitting he committed serious crimes necessitating a pardon. And the Justice Department is not likely to stand aside and allow such a precedent to go unchallenged because it might suggest that a future president with criminal tendencies could steal billions, sell national secrets or even murder opponents, and then walk away scot-free.

In fact, if Trump were to pardon himself, federal prosecutors might be more likely to charge him with a crime, some experts say. Doing so would then require judges and ultimately the Supreme Court to decide whether the president has an absolute power to commit crimes with impunity.

Back to Top
Close Add post
X
U.S. Pauses Plan To Give COVID-19 Vaccine To Guantanamo Prisoners…WorldWASHINGTON (AP) — The U.S. is backing off for now on a plan to offer COVID-19 vaccinations to the 40 prisoners held at the detention center at Guantan…

How likely is it that Trump will face criminal prosecution after leaving office?

X
US CDC makes masks mandatory on planes, public transportation…WorldThe order is set to come into effect on Monday night, The Hill news website reported on Saturday.The CDC measure will requires the wearing of masks at…
close