Home Science How Long Can You Wait Between Covid-19 Vaccine Doses?

How Long Can You Wait Between Covid-19 Vaccine Doses? 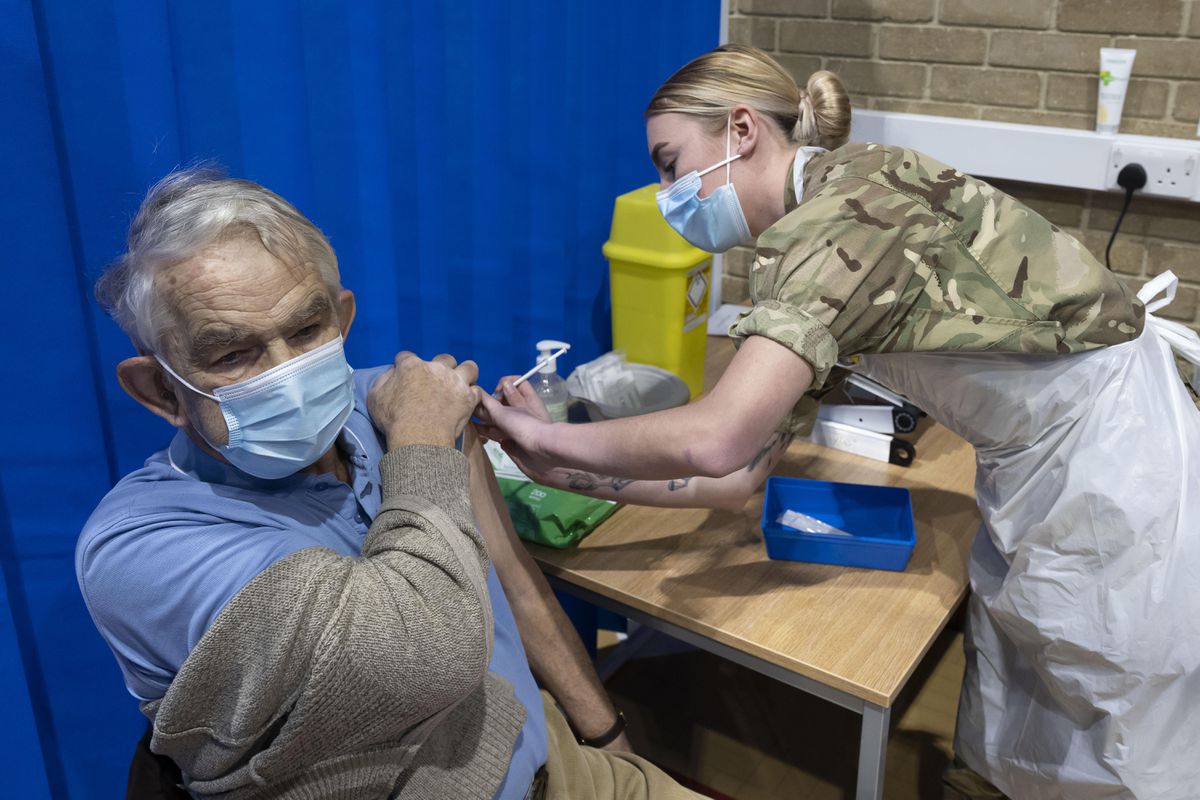 The official answer may be 21 days after the first dose for the Pfizer/BioNTech Covid-19 vaccine, 28 days after the first dose for the Moderna vaccine, and 28 days or more after the first dose of the Oxford-AstraZeneca vaccine. But how exact are these time limits? Is this like Baby Groot deciding when to trigger the bomb in Guardians of the Galaxy 2 or microwaving a Hot Pocket, where even small excursions from the recommended time limit can lead to disaster? Is the 21-day or roughly two Scaramucci interval for the Pfizer/BioNTech set in stone? Or is it more set in avocado mash? Is there some leeway? And if so, how much?

After all, as they say, bleep happens in life. Former boxer and current philosopher Mike Tyson has said, “everybody has a plan until they get punched in the mouth.” This is not to suggest that you will get punched in the mouth when you show up to get your second dose. That is not the way to administer a vaccine. Rather the quote means that plans can easily go awry. You may not be able to get your second dose exactly as planned, three or four weeks after the initial dose. For example, the vaccination location may not have available appointments then. It may run out of vaccine doses. Something urgent may come up that keeps you from making it to the vaccination location, such as a honey badger punching you in the mouth.

To understand the importance of timing the first and second doses of the vaccines, keep in mind their purposes. Both the Pfizer/BioNTech and the Moderna vaccines contain encapsulated mRNA, with the small “m” standing for messenger and not “Mmm Mmm Mmm Mmm,” the song by the Crash Test Dummies. This messenger RNA (which stands for ribonucleic acid and not rotating nozzle assembly) serves a blueprint for your calls to produce the spike protein found on the surface of severe acute respiratory syndrome coronavirus 2 (SARS-CoV2). Recall that the SARS-CoV2 or the Covid-19 coronavirus looks like a spiky massage ball, except that it is much smaller and shouldn’t be used for massages. (Note: Should someone try to massage you with the Covid-19 coronavirus, simply tell that person, “keep your balls away from me.”) The virus uses its spikes to dock with receptors on your respiratory tract cells. Think of the spikes on the surface of the virus as little hands and the receptors on your cells as handles on a refrigerator door. Such docking subsequently allows the virus to infect your cells just like hands on a refrigerator door handle allows someone to raid your food stash.

The first dose of each vaccine serves as the priming dose. It aims to expose your immune system for the first time to the spike protein. This, in effect tells your body’s defenses, “hey dude or dudette, watch out for this! Here is a spike protein that doesn’t belong here.” Your immune system then is supposed to build up defenses against the spike protein. This takes a little bit of time, usually 10 to 14 days, because generating an immune response is not like putting on a condom or a pair of yoga pants, which incidentally should not be interchangeable. Protection won’t come immediately.

Just getting that first priming dose may eventually give you about 50% vaccine effectiveness, which like wearing underwear, is considerably better than nothing. It’s not clear how long this protection may last. To get even better protection and to potentially make this protection last longer, you will need the second dose, the “booster” dose. This booster reminds your immune system about the spike protein, in effect singing, “don’t you forget about me. Don’t, don’t, don’t, don’t. Don’t you forget about me,” as the Simple Minds did. It further boosts your immune response so that you may have better and longer protection. How long is still not clear. Regardless, the booster should come not too long after the priming dose because your immune system needs a reminder. It’s not as if your immune system is sitting around watching The Bachelor or The Bachelorette and doing nothing else. Rather, your immune system is constantly having to deal with many different things that get thrown its way.

Speaking of the The Bachelor or The Bachelorette, let’s use these reality shows as an example of how being exposed to something twice may teach you to better build up your defenses. Say you wanted to keep yourself from watching these reality television shows. Seeing the show for the first time (the “priming” dose) may prompt you to say, “That is an hour of my life that I will never get back. I will never do that again.” For a little while you will be on higher alert and have “don’t watch it, don’t watch it,” circulating in your brain. However, with time, the memories may fade, you may be less on guard, and eventually The Bachelor and The Bachelorette could silently slip their way into your TV viewing. To prevent this from happening, having a booster shot of The Bachelor or The Bachelorette not too long after the first exposure can remind you that contestants on the show actually say things like, “I am worth the world. I am amazing,” and “deep, intellectual things are just my jam.”

Hmm, 12 weeks is about two weeks longer than the length of Kim Kardashian’s marriage to Kris Humphries. So that’s not super long, but it would give you about a two month leeway in getting the second dose. But what’s the evidence behind that 12 week number?

For the Pfizer-BioNTech vaccine, not much, according to Gareth Iacobucci and Elisabeth Mahase writing for the BMJ, as in nadda. So far, trials using the Pfizer/BioNTech have not yet examined the effects of changing the intervals or spacing between doses. According to a Reuters report, Pfizer and BioNTech have emphasized that “there is no data to demonstrate that protection after the first dose is sustained after 21 days.”

Not everyone is convinced about the 12-week limit, though. The European Medicines Agency (EMA) has said that the interval between the first and the second dose of the Pfizer-BioNtech vaccine should not exceed 42 days. As Reuters reported, the EMA explained that “any change to this would require a variation to the marketing authorisation as well as more clinical data to support such a change, otherwise it would be considered as ‘off label use.’” The Centers for Disease Control and Prevention (CDC) is sticking to this six week or 42 day limit as well, emphasizing that “there are currently limited data on efficacy of mRNA COVID-19 vaccines administered beyond this window.”

Now, what if you are overeager and want to get the second dose earlier than recommended? Well, the Pointer Sisters sang that they want someone with a slow hand and not a really fast hand, a warp speed hand. Clearly it is a bad idea to ask for the second dose immediately after the first dose. The vaccine doses aren’t like French fries. As described above, you’ve got to give your immune system at least a couple weeks to respond to the first dose. That’s why the CDC is recommending that you get the second dose of the vaccine no sooner that four days earlier than the recommended 21 days for the Pfizer/BioNTech vaccine (which at 17 days would put you just a few days after two weeks) and the recommended 28 days for the Moderna vaccine (which would be 24 days afterwards).

Time and more data will tell if the 12-week limit can apply for some or all of the two-dose Covid-19 vaccines. In the meantime, use six weeks (or 42 days or about four Scaramuccis) as the limit to determine how long you can wait to get the second dose after getting the first dose. Don’t push this limit, though, when scheduling your second dose. Instead, give yourself some buffer time just in case your second vaccination is unexpectedly postponed. Prepare for the possibility that you are told the day of your vaccination to come back some other day. These days with the Covid-19 vaccines in short supply and the supply chain having been organized by the previous administration about as well as The Bachelor and The Bachelorette, expect the unexpected. And keep in mind that your immune system may remember what it’s seen but memories can fade.