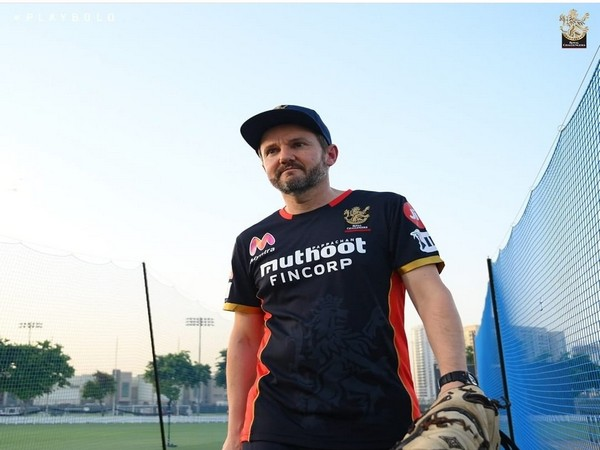 Royal Challengers Bangalore grabbed headlines in IPL 2021 auction by signing Glenn Maxwell for a hefty sum of INR 14.25 crores. The IPL 2021 auction was an enthralling event and with INR 35.40 crores, Royal Challengers Bangalore shelled out enormous amounts on Glenn Maxwell and Kyle Jamieson. The franchise’s director Mike Hesson revealed their mindset before securing Maxwell’s deal in the auction.

Despite Glenn Maxwell’s horror show in IPL 2020 for Kings XI Punjab, experts predicted the all-rounder to trigger bidding wars due to his game-changing abilities. The Victorian-born cricketer managed only 108 runs in 13 runs while keeping a strike rate of 101.89 without hitting a single six. Kings XI Punjab, who invested INR 10.75 crores, released him ahead of the 14th edition. But the right-handed batsman returned to form in the Australian summer after that and had a decent BBL season.

In a video shared by Royal Challengers Bangalore on Twitter, Mike Hesson was involved with other officials of the franchise, practising for the auction. The former New Zealand coach predicted that the only thorn on their way they see was of the Chennai Super Kings. Hesson’s speculation turned out to be accurate as the Royal Challengers won the bidding war with Chennai Super Kings, who went after the Australian aggressively.

Glenn Maxwell one of the eight players bought by the RCB: