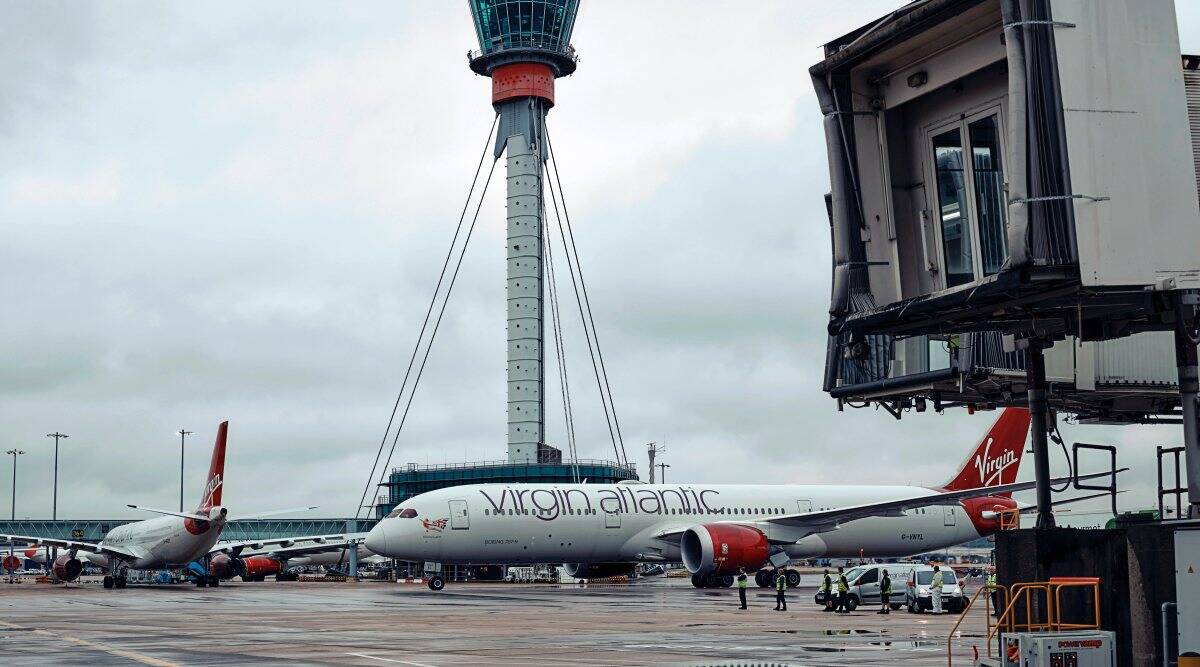 After more than a decade working at Manchester Airport in the northwest of England, Tracey Moore finally got the job she wanted — at Virgin Atlantic’s passenger check-in desk. Then, at 3:30 p.m. on Oct. 22, after about a year on the job and months on furlough, she returned to the airport and handed in her uniform.

She had taken a buyout and left her dream job.

“I’ve fought hard to get onto Virgin and that’s why I think I’m more upset,” Moore said. Devastated by how the pandemic had hollowed out the air travel industry, Moore took the buyout because she figured her hours and her pay would be cut, if she wasn’t one of the people eventually laid off.

“I don’t think I had a real choice,” she said, adding, “I loved being in the uniform.”

But she didn’t work for Virgin Atlantic. She was one of the thousands of people let go at Swissport, an international company that provides ground handling services for airlines, including passenger check-in and loading and unloading baggage.

From check-in through takeoff and landing, travelers with Virgin Atlantic end up interacting with hundreds of other companies the airline has hired to provide the services and goods that make up a smooth flying experience. It is the same with most big airlines. Virgin doesn’t cook the in-flight food, or print the menus, or build the business-class seats, or de-ice the wings, or unload the baggage at the airport, or return your luggage when it gets lost; it hires companies to do these and many more tasks.

But eight months after governments closed their borders and imposed travel restrictions to stop the spread of the coronavirus, lockdown restrictions have only partially eased and a second wave of the pandemic has besieged Europe, stamping out tourism.

Read More:  Trump attends his final G-20 summit but does not participate in pandemic preparedness session

Virgin Atlantic, which relies heavily on long-haul routes and trans-Atlantic travel, has had almost no opportunity to recover. The airline has laid off 4,700 employees, nearly half of its staff.

The companies contracted by Virgin, with names like Gogo (a provider of in-flight internet), ESP Colour (printing services) and Eagles Couriers, have also been knocked down by the pandemic’s crushing blow on air travel, in some cases cutting staff and closing facilities.

Information about these companies rarely comes to light. But this summer, when Virgin feared it would run out of cash in the fall, it worked out an intricate $1.6 billion private rescue deal. It included about $226 million from a hedge fund; capital raised in share sales from Virgin Galactic, Richard Branson’s space venture; and agreements to defer debt payments.

As part of the plan, 162 companies around the world to whom Virgin owed about $69 million were essentially offered a choice: Get paid 20% less, with the balance paid in installments until September 2022, according to court documents, or risk Virgin Atlantic falling into bankruptcy, and perhaps getting little back. Most voted for the offer on the table, and so it applied to all of them.

The organizations, which include a charity, large hotel chains and consultancy firms, provides a map of the domino effect that economists have feared since the start of the pandemic: That the companies hurt most directly — aviation, hotels and restaurants — would kick-start a wave of devastation that could extend widely into the economy.

Virgin Atlantic declined to comment and referred to earlier statements. In September, when the refinancing deal was announced, the chief executive, Shai Weiss, called it a “major step forward in our fight for survival.”

“We greatly appreciate the support of our shareholders, creditors and new private investors,” he said in a statement at the time. “Together, we will ensure that the airline continues to provide vital connectivity and competition.”

These companies didn’t attribute their financial problems to Virgin Atlantic but rather the cumulative pain of the dramatic drop in air travel.

One of the companies is Swissport Ireland, part of an international group that serves airlines at 300 airports.

“Around 95% of our revenue disappeared in two weeks,” said Luzius Wirth, the executive vice president for Europe, the Middle East and Africa for Swissport International. The company had to stop spending quickly and furloughed as many staff members as possible, he said.

Swissport’s competitors have also been forced to drastically reduce staff, including some workers who have spent decades behind the scenes at airports.

Leonardo Aquaro is one of the casualties. In 2003, at age 23, he started working in London’s Heathrow Airport at an airline check-in and ticket desk. Most recently Aquaro was an operations controller for Menzies Aviation, managing the dispatchers of flights who get planes turned around quickly at the airport. In March, he was furloughed, then in September, laid off. He doesn’t think he’ll ever return to the industry.

“There isn’t much out there at the moment, even if you have a lot of experience,” he said. And he says the industry has changed: Demands to cut costs have stretched staff and worsened contracts. Instead, he’s studying marketing and web design online and spending more time with his son, 7, and infant daughter.

For Safran Seats GB, a company based in Wales that designs and makes business and first-class seats for Virgin and other carriers as well as for Boeing and Airbus, the impact of the pandemic came in waves. In March, it was the airlines asking to defer plans to retrofit their cabins. Six weeks later, it was the aircraft manufacturers deferring plans for new aircraft.

The workers manufacturing the seats have been the most severely affected, said Victoria Foy, the chief executive. “The airlines who are clearly struggling for cash have said they cannot continue right now with those programs,” she added. By the end of the year, she expects the company to have about 900 employees, 700 fewer than at the start of 2020, and one of its facilities, in Camberley, southwest of London, has already been shut.

For the staff who design and develop new seats, the picture is less bleak. It takes several years to deliver a new design, and so Safran Seats can afford to wait out the pandemic in this area.

“We believe — firmly believe — that it will come back,” Foy said of air travel. “It’s a question of when, not if.” In the meantime, Safran is working with other companies to design airline interiors for a pandemic, with bigger partitions between passengers and hands-free reclining.

For Moore, who has lost a job she loved, her last day at Swissport came Oct. 31. She would travel an hour and a half from a village in the Peak District National Park to reach Manchester Airport each day.

“There’s nothing quite like the feeling of an ungodly hour in the morning, you’re walking airside, you’re laughing with your friend and it’s dark and the sun is coming up and the lights are on in the planes on the tarmac,” she said. “You can’t explain it, if you’ve not felt it.”

At 59, Moore has just started a new job as an aide in a nursing home.