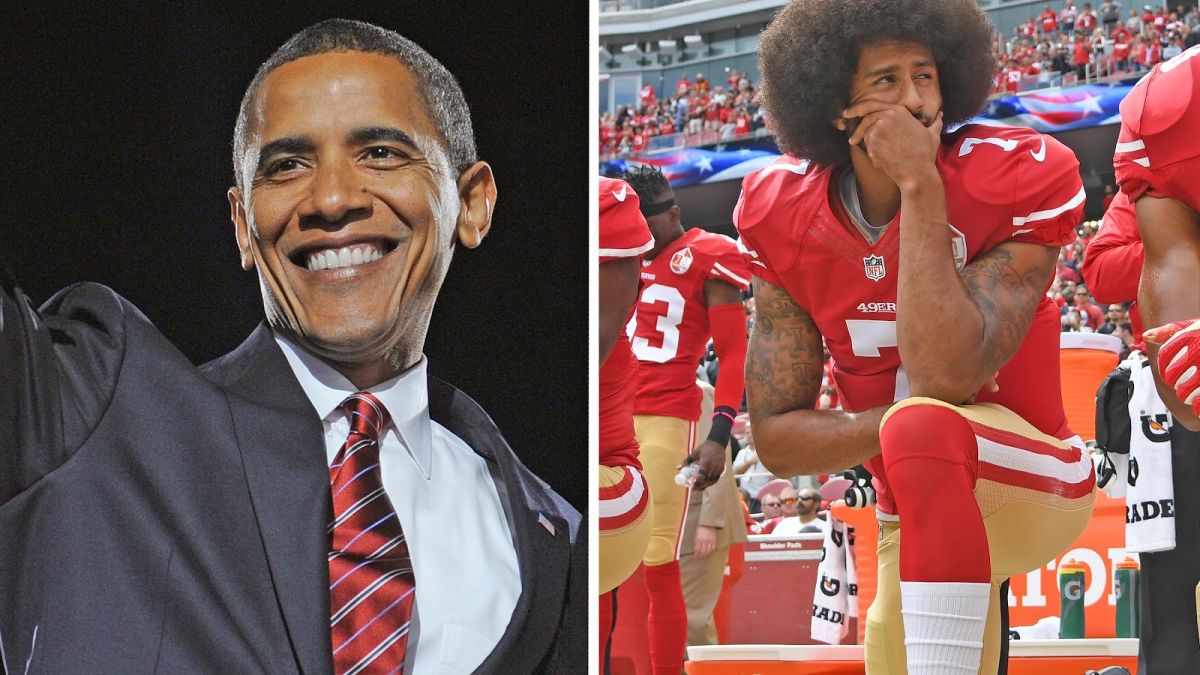 It all started with a lie, so it might as well end with one, too.

The birther movement, a made-up fable that Aesop would have been impressed with, was how Donald Trump kick started his “career” in politics.

He couldn’t accept that the America he “loves” so much could elect a biracial basketball-playing Black man from Hawaii – with African roots – as the 44th President. He knew millions of white racist Americans felt the same way, but that in these politically correct times they were never going to publicly admit it. So, Trump decided to be their “leader” and beacon of hope. He was going to publicly say what they always whispered in private. Because by labeling Barack Obama as un-American, it pulled at the very fabric this country was built on: The idea that Black people don’t deserve to have power.

But, to pull this off, Trump was going to need a second act. Because while the birther movement got him started, he needed something else that would keep him going.

“Get that son of a b*tch off the field.”

When you go back and watch it, you can see it as clear as day. Trump knew he nailed it. He knew he had found a new wave he could ride for the rest of his presidency. Because when a big, tall, fast, muscular, attractive Black man with an afro — ya know, the kind of man that racist white men have always felt inferior to — dares to kneel during America’s song, in front of America’s flag, just before America’s game is played, all because he wants to bring awareness to one of America’s most storied crimes, well, that’s a line a Black person should never be allowed to cross.

You see, to most of America, Obama and Kaepernick were “uppity ni**ers,” which is the one thing this country has never tolerated. They represent the threat of an oncoming power shift. When you’ve built a country off the backs of Black people while you sit back and take all the glory and make all the profits, when they’re audacious enough to ask for equality, it’s viewed as an unforgivable sin and should be exposed and uprooted.

This was never about Hawaii or the national anthem. It was about America losing its mind because two Black men were reaching a new level of power in a social media age that allowed them to connect with the world. And then, despite their best efforts, Trump and his American terrorists lost an election that they rigged through voter suppression in their favor.

It’s not by coincidence that Trump’s supporters tend to carry Confederate flags. And I’m not even talking about the hatred or racism that comes along with that symbol. I’m focusing on a group of people that are consumed with supporting losers.

And to make things even worse, in less than two weeks a Black woman will be a heartbeat away from the Oval Office.

That lethal combination is what led to the events of Wednesday, January 6, 2021. For all those that were shocked and appalled, it’s because they didn’t want to accept that 2017 was the precursor. Charlottesville was the junior varsity game, Wednesday was when the varsity team showed up.

What we experienced on Wednesday was a rekindling of what many of us felt on Election Night in 2016. I cried for hours. And if you’re reading this, then you probably did too. Those tears were because we knew, even then, that a day like Wednesday was inevitable.

In the sports world, we saw teams demonstrate before games by kneeling. You have to remember that those Black men playing basketball during a pandemic for your entertainment are still reeling. Because on Tuesday, we found out that charges wouldn’t be filed against the cops that shot Jacob Blake in the back seven times.

And for the second time in the last few months, Doc Rivers was broken by America.

January 6, was a tough day for every American as that proverbial gray area that people love to live in was forever eradicated.

You’ve got to pick a side now.

America was stripped naked for the world to see on Wednesday. Every scar, bruise, and blemish was uncovered. And after hundreds of years of turning a blind eye to it, white America was forced to watch as Lady Liberty stripped bare. Proving once and for all just how ugly she’s always been.