How to analyse rolling returns 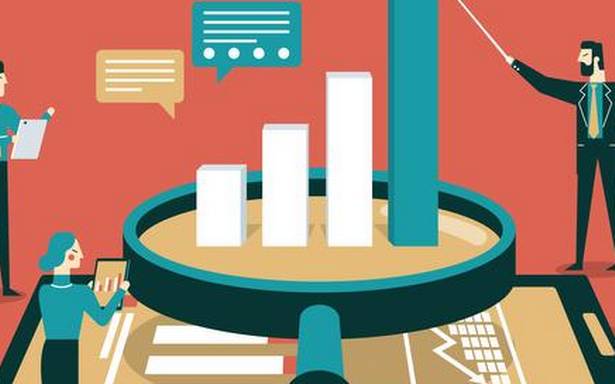 When adding a new financial product or asset to your portfolio, how do you weigh up its potential returns against risks? A mistake many novice investors make is to rely entirely on its point-to-point returns to gauge its risk-reward profile. But decisions based on the recent record of an asset can backfire badly.

Looking at the trailing-return record today, you would probably pick equity funds with a five-year CAGR of 16 per cent over gold ETFs with less than 10 per cent. Long duration debt funds (five-year CAGR 9.6 per cent) would look superior to low short duration ones (6 per cent). But these returns can change if there’s a correction in the bull market or if rates begin to rise after falling for six years.

Rolling return analysis helps remove the distortions created by fixed-date comparisons and to understand the true risk-reward profile of an asset.

The many rolling returns are then averaged to gauge the usual return experience for investors who held the Nifty for ten years.

Here’s a live illustration using five-year rolling returns on month-end data for the Nifty50 from December 1995 to December 2020.

The analysis will give you 240 different rolling five-year returns spread out over 20 years. If you average the 240 data points, you get a CAGR of about 12 per cent. Therefore, for investors who didn’t bother about timing and held the index for five years, the Nifty usually returned about 12 per cent.

Comparing the current trailing return on the Nifty to this long-term average gives you added insights. The trailing five-year return on the Nifty at 17 per cent tells you that recent years have been unusually bullish for stocks and their returns could revert to mean. If you plan to buy the Nifty with a five-year horizon now, set your CAGR expectation at less than 12 per cent.

The best five-year CAGR over the 20-year period was 44 per cent and the worst a minus 5 per cent. This tells you that if you plan on holding the Nifty for five years, the risk you must budget for is losing 5 per cent a year. If you’re very lucky, there’s a chance of making 44 per cent.

One, to truly reflect the risk-reward profile of an asset, a rolling return analysis should be based on sufficient history. For any asset,get data for at least two complete market cycles comprising a bull and a bear phase. If you don’t have data going back that far, at least try for one complete cycle. In Indian stocks, a typical bull-bear cycle lasts seven years, so a rolling analysis run over 14-15 years is ideal. In bond markets, the last six years have seen a breathless bull phase, so your analysis needs to stretch to at least 10 years.

Finally, though rolling returns from the past are often used to extrapolate an asset’s risk-reward profile, past performance may not always be a sound indicator of the future. By using long periods of historical data that smooth out timing effects, rolling returns certainly offer a better guidepost to investors than point-to-point or trailing returns. But if market cycles remain distorted for long periods, there’s every chance that the next ten years may not be the same as the last ten.