How to blur and change your background in Microsoft Teams 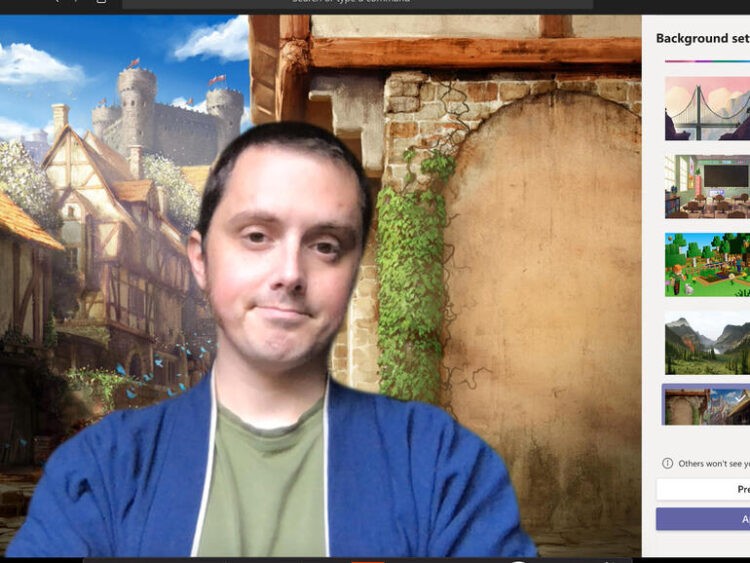 If you want to disguise the room behind you in a Microsoft Teams meeting, here’s how to change the virtual background.

Zoom has been the digital meeting app of choice for many users lately, but security woes are forcing it to face up to stiff competition from the likes of apps like Microsoft Teams. With its full-featured collaboration tools like team chats, file sharing, one-on-one video calls and video conferencing, Microsoft Teams is a force to be reckoned with not just for Zoom, but for other alternatives as well—and it has a robust free tier that anyone can sign up for.

If you’re new to Microsoft Teams, you might be a bit flustered by its layout–it’s a complicated app that offers a lot of various features, and those features can be confusing.

One of the hottest features of video conferencing apps like Zoom is the ability to change your background. It’s great for disguising messy rooms, non-work spaces or just maintaining a bit of privacy, and Microsoft Teams offers the feature as well–no green screen required.

Turning this feature on is a snap, if you follow these directions. In this tutorial I use Microsoft Teams for macOS, but the Windows version works nearly identically.

With Microsoft Teams open, navigate to the Teams tab (Figure A). This is the area where you can chat with coworkers, as well as start a new meeting and join an existing one. If someone else on your team starts a meeting, you’ll see an option to join right in the team chat window, but for the sake of this demonstration, and to turn your own background on for future calls, we’ll start our own meeting.

Starting a meeting is different than starting a call—for a call, you’d switch to the Calls tab on the left side of the Teams app. For a meeting, you’ll stay in the Teams tab and look to the upper right of the window, as in Figure B, where you’ll see the Meet button and a small camera icon. click on that and follow the steps to launch a meeting.

With the meeting launched, look at the menu bar that appears a little below center on the video screen. Click the three dots to open the menu, and then click Show Background Effects (Figure C).

The backgrounds window will appear on the right side of the screen–scroll through all the options Microsoft has provided, apply the virtual background or blurring option you want (Figure D), and carry on with your meeting.

Microsoft Teams now allows for custom backgrounds. The process to change your background is the same whether you’re hosting a meeting or participating, and it works in a regular call the same way. It’s a bit more difficult if you’re already in a call with other people—for now there’s no way to center your view on your personal video, so you’re stuck making changes to your background using the tiny thumbnail that appears in the bottom right of your screen.

Editor’s note: This article was updated to reflect the latest features available with Microsoft Teams.