[Beginner’s Guide] How to start your Assassin’s Creed Journey in 2021? 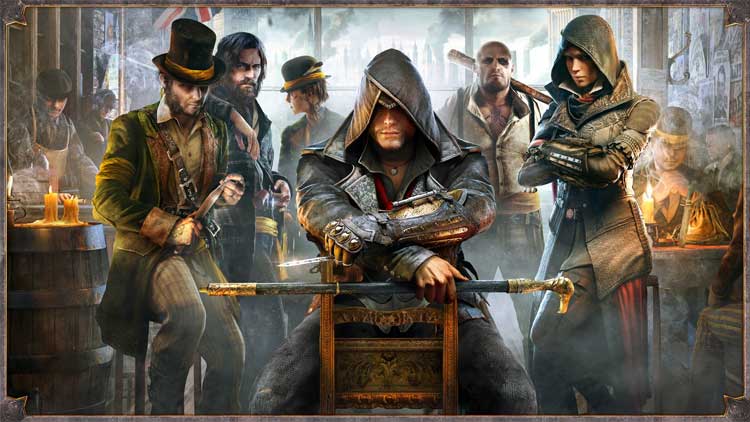 Assassin’s Creed games have been around for more than a decade and they bring along several different historical settings and beautifully written stories. Through these games, one can experience their history books in a fantasy way but also fun way.

The main series of the game consists of 12 games and thus it can be difficult to figure out where to start from.

The main series according to me can be divided into 3 individual parts, which you can use to start your journey without missing particularly important details of the story of the game you are playing.

This arc starts with Desmond Miles, a young bartender being kidnapped. He is kidnapped by Abstergo Industries, a tech giant, as Desmond belongs to a family of Assassin Brotherhood. Abstergo wants to know the story of one of Desmond’s ancestors during the 3rd crusade of the 12th Century, to acquire Apple of Eden (an artifact of a civilization before humans) that can control the people’s minds. To achieve this, they use a device called the animus, which allows one to experience their ancestor’s lives.

Later Desmond finds out that Abstergo Industries are Templars, the enemy of Assassin Brotherhood, and must reveal more secrets of his ancestors using the animus to save the world from a soon to arrive impending doom.

The following would contain some spoilers from the previous arc, to help you understand this arc better.

In this arc, there has been a huge change in the animus where anyone can access the memories of someone’s ancestor. The modern world has no hero, with Desmond Miles dying at the end of Assassin’s Creed 3. Rather the player themselves are the ones going inside the animus.

The best part about this arc is a black flag, where you can play as a pirate turned assassin in the vast Caribbean Sea. Black Flag had one of the most beautiful settings for a long time and had the biggest open-world map in the franchise till Assassin’s Creed: Odyssey.

The biggest drawback one would consider is that the story of the modern world is not finished in the game itself, but the comics. As you play as Assassin of the past, the modern world story progresses, and players do get a glimpse of it but the ending is not available in the games.

The modern-day world has a protagonist, and players play as that protagonist In the modern world story as they did in Desmond Arc.

A new player can start from any of these arcs, but they may have some reference to previous arc games which you may not catch on easily. But as every arc starts with a new modern storyline, this seems the best to grasp the whole situation. But since almost every AC game has a different character in the historical setting, one might not face many difficulties starting from the mid arc as well.

Is Watchdogs: Legion worth buying in May 2021? Have all the bugs fixed?

More RPG like Assassin’s Creed game to be expected from Ubisoft?

Ubisoft is working on an open-world Star Wars game