Home TechnologyAndroid How to stop robocalls: Every way we know to block the annoying scam phone calls

How to stop robocalls: Every way we know to block the annoying scam phone calls 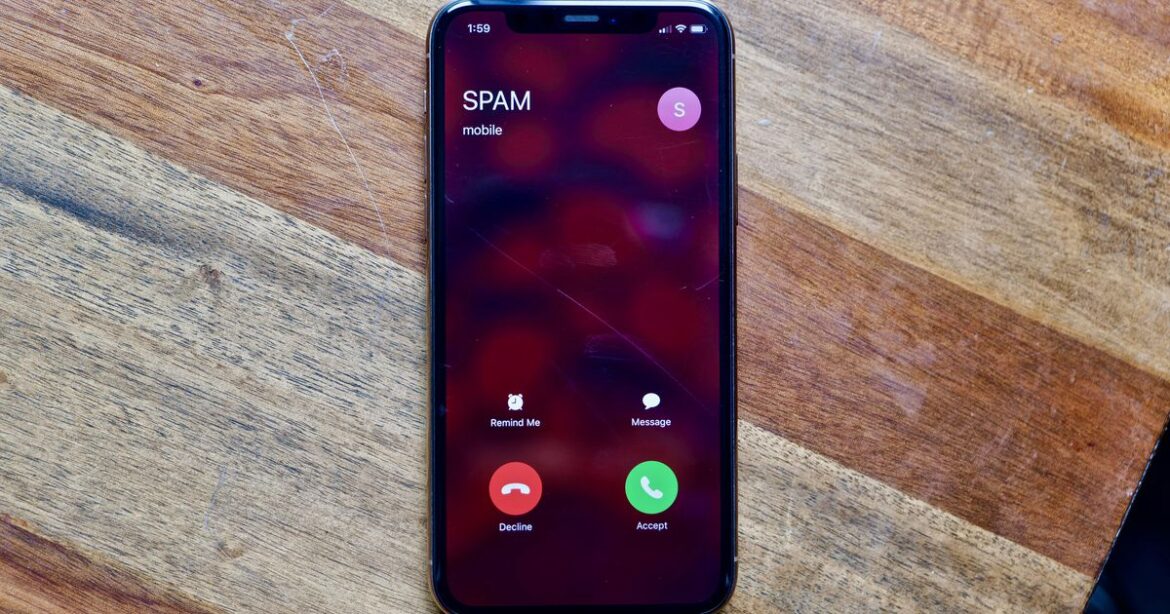 My phone receives countless annoying calls every week, some of them with caller ID that shows a local business name. I answer each call only to hear a recording letting me know my car’s warranty has expired, or there’s a warrant for my arrest due to an issue with my Social Security number or that I owe the IRS money. My daughter’s phone has been receiving the same robocalls and she doesn’t even own a car, nor has she ever had a job that would lead her to owe the IRS money. It’s frustrating, and I can’t imagine how many more calls I would receive if I weren’t using some of the same tips and tricks outlined below. The scammers are persistent and constantly changing their methods.

These calls are not only annoying but potentially dangerous should you fall for one of the scams. They’re designed to swindle you out of your hard-earned money. Thankfully, the government, wireless carriers and phone-makers are working on ways to eliminate the annoying and seemingly nonstop calls we all receive on a daily basis.

For example, all four major US carriers offer some level of free spam call blocking. At the end of 2019, then-President Trump signed into law the Traced Act, a bipartisan piece of legislation that gives government agencies and law enforcement more power to dismantle robocalls by targeting the perpetrators.

Specifically, the Traced Act extends the statute of limitations for law enforcement to go after bad actors, increases penalties and requires phone companies to authenticate calls and determine if the phone number that is calling you is real. For its part, the FCC passed a proposal in 2019 that gives carriers permission to more aggressively block spam calls.

Wireless carrier networks have started using Shaken/Stir technology to identify and block spam calls, not only on their own respective networks, but between phone providers as well. Apple even added a feature to iOS 13 that lets you prevent unknown callers from ever ringing your phone. Google has expanded the Call Screen feature to route suspected spam calls to Google Assistant before your phone even rings, and with the launch of Android 11 in late 2020, it expanded robocall identification and prevention features to extend outside of the default Android Phone app.

It’s going to take time for the Traced Act to be put into effect across all agencies and phone providers, so don’t expect to see a dramatic decrease in unwanted calls overnight.

Keep in mind, too, that not every automated solicitation is considered illegal. Calls from political campaigns, debt collectors and charities are all permissible. What’s not allowed are the calls from the fake IRS agents threatening you or the companies that claim you won a free vacation that you never signed up for.

While it isn’t possible to entirely keep robocalls from reaching your phone, there are some steps you can take to reduce the number of calls you receive. This article is periodically updated.

According to the FCC, there are some easy steps you can take to help reduce robocalls:

When you answer a call and interact with the voice prompt or by pressing a number, it lets spammers know your number is real. They can then sell your number to another company or begin targeting your number more frequently.

When it first launched, Google’s Call Screen feature arguably went against the FCC’s advice by answering and interacting with the robocall on your behalf. However, Google added new features to Call Screen for its Pixel phone lineup. The feature can now detect robocalls and spam calls and block them for you. Google Assistant will interact with the caller, and if it determines that the call is legitimate, it will route the call to your phone.

Apple’s iOS 13, released last year, added the option to Silence Unknown Callers, which adds the option to route calls from numbers not found in your Contacts, Mail or Messages straight to voicemail. Any legitimate callers can leave a message. And that’s the rub: We often receive important calls from numbers we don’t store on our phones, so you could miss important calls this way. But if all else fails and you’re desperate to stop robocalls, this is a valid option.

If you find yourself receiving a lot of spam text messages, you can forward the message to the number 7726 (which spells “spam”). It won’t stop the number from texting you right away, but it will allow your carrier to look into where it came from and put an end to it.

Check with your provider

All four major wireless carriers offer some sort of call blocking feature. All have a free option and a premium tier. But let’s be honest, all robocall blocking services should be free. This shouldn’t be a way for carriers to make some money off of us.

Use a different wireless carrier? I suggest calling its customer support or visiting its website to see if it offers a similar service.

Use a third-party app

If your provider doesn’t offer an app or service to cut back on robocalls, or does but it’s too expensive, there are plenty of third-party apps available. You want to find an app that works on your device, offers automatic call blocking and spam alerts for suspicious calls and makes it easy to report a number if a call slips through.

Hiya is a free app I have used on Android and iOS for some time now with success. It’s from the same company that powers AT&T’s Call Protect app, as well as Samsung’s built-in call block and spam protection service. Samsung Galaxy owners can enable the built-in service in the Phone app under Settings > Caller ID and Spam Protection. Setup is painless, and it offers an easy way to report a number.

Nomorobo is the service that Verizon uses for its Fios users, but it also has a phone app. The service is free for VoIP users and costs $2 per month for mobile users. Additional services with similar capabilities include YouMail and RoboKiller.

The Firewall app is only available on the iPhone ($600 at Best Buy) and does a fantastic job of blocking calls. In the event you need to make a call that you’d rather not use your real phone number for, the $4-a-month subscription provides unlimited single-use fake phone numbers.

Another option is to sign up for a free Google Voice phone number that you can use to sign up for things instead of giving out your real number — and once the robocalls start coming in on that Google Voice number, use the block feature. Just know that blocking calls may end up being a lot of work, as robocallers are constantly spoofing different phone numbers.

None of the above solutions is perfect, and likely none of them will be until carriers integrate the technology required to check for caller ID spoofing, so right now you have to do some extra work to keep the number of robocalls you receive to a minimum. Between being cautious about calls from unknown numbers and using a service (paid or free), you can reduce the number of unwanted calls and spam you have to deal with.

And again, carriers have started using Shaken/Stir technology to verify callers, which should cut down on the number of robocalls we all receive. For those with an iPhone, learn where the setting is to block unknown callers, but remember using it could mean you miss calls from doctors’ offices and the like. And for those with a Pixel phone, Google’s Call Screen feature will surely help, and may even entertain you.