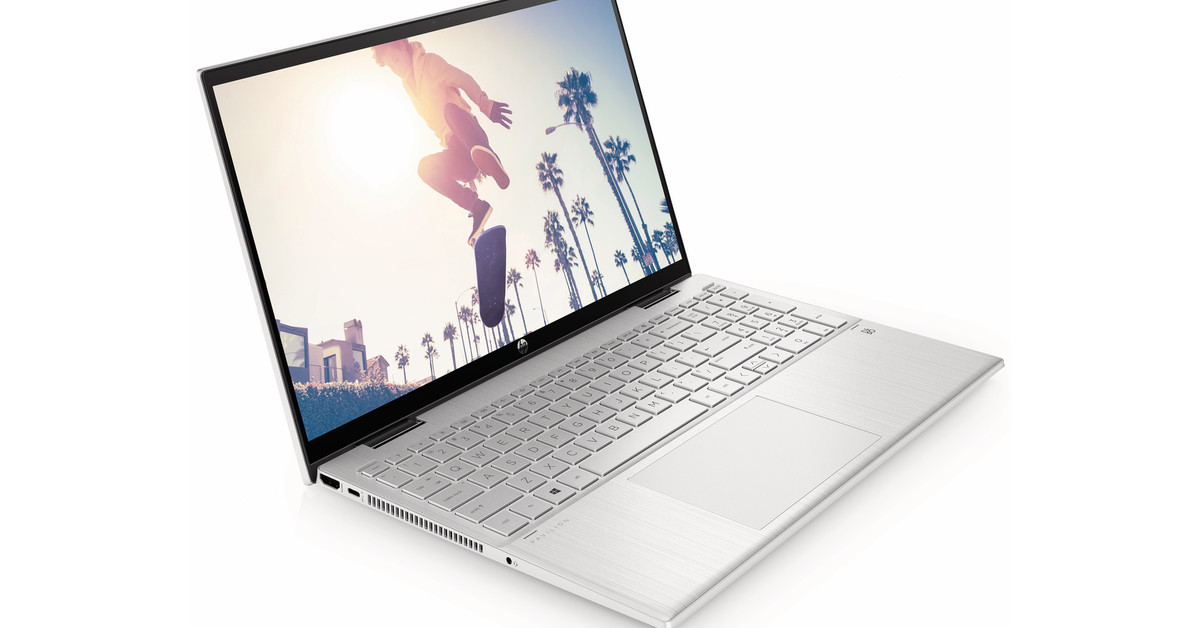 HP announced today that it has refreshed its Pavilion x360 line of 14- and 15-inch convertible laptops, making them smaller, lighter, and more geared toward streaming entertainment. The 15-inch version is available today. With an 11th Gen Intel Core i3 processor, 8GB of memory, and 256GB of storage, it starts at $750. The 14-inch version will be available later this spring; no pricing was available.

In view of marketing to “Gen Z” during a streaming-heavy pandemic, HP says it has optimized the new line for entertainment. The bezels have been reduced — something you’ll likely appreciate when watching videos — and HP has included a simplified version of its Omen Gaming Hub, which allows you to customize your keystrokes, lighting, and other features.

Other specs include an 11th Gen Intel Core i3/i5/i7 processor, storage up to 1TB, Intel Iris Xe graphics (in the i5 / i7 systems), and optional Wi-Fi 6. HP also is promoting the sustainability of the new computers, claiming they use post-consumer recycled and ocean-bound plastic and recycled aluminum.